The Falkland Islands are an archipelago in the South Atlantic Ocean, located about 250 nautical miles (290 mi; 460 km) from the coast of mainland South America. The archipelago consists of East Falkland, West Falkland and 776 lesser islands. The capital, Stanley, is on East Falkland. It is an internally self-governing British Overseas Territory, with the United Kingdom responsible for defense and foreign affairs. 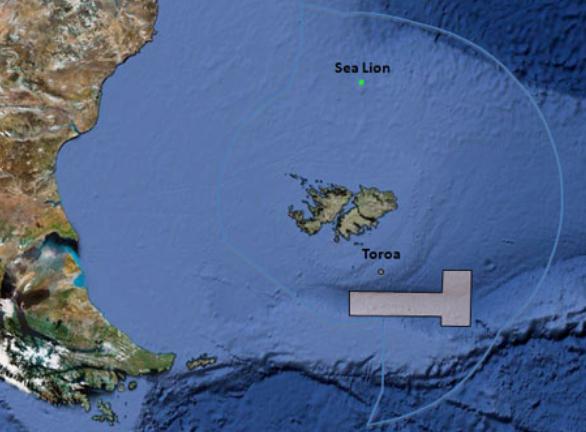 Borders & Southern has announced the results of the Darwin fluid sample analysis. As previously reported, well 61/17-1 encountered a good quality sandstone reservoir comprising 67.8m of net pay with an average porosity of 22%. The gas condensate reservoir was sampled at four separate levels with 3 fluid samples taken at each level.

Following these positive laboratory results, the Board will approve a work programme that includes appraisal drilling of the Darwin discovery. Additional wells are necessary to confirm the initial resource estimates and establish a commercial development. In the coming months, activity will focus on a comprehensive technical evaluation of all the data collected from well 61/17-1 and a review of potential development concepts along with project economics.

These results have exciting implications for the Company’s prospect and lead inventory and particularly for those prospects in the Lower Cretaceous play fairway to the south of the Falkland Islands. Borders & Southern’s prospect inventory contains further relatively low risk structural prospects of a similar size to Darwin along with stratigraphically trapped fans of slightly higher risk but larger scale. Some of these prospects will be targeted in the next drilling phase with the objective of adding to the discovered resources of Darwin and building a core development area.

“Discussions with a seismic contractor regarding the acquisition of additional 3D seismic are in progress and we plan to have a vessel in the Falklands at the start of 2013 to commence the survey,”said Borders & Southern in a statement.

This survey will focus on similar prospects to Darwin currently outside our existing 3D area. Whilst the final costs of the 2012 drilling programme will not be fully known until after the demobilisation of the rig later in the year, the Company can state that it is fully funded for the 3D seismic acquisition and processing, the reprocessing of the Company’s 2007 3D seismic data and all the technical studies that need to be undertaken on the samples collected from the two wells.

Given the encouraging results from the Darwin well, the Company will start planning the next drilling programme, which is likely to include both exploration and appraisal wells. The company has said that the the timing of drilling will be dependent on rig availability, but “realistically this will not occur before 2014“. The Company is currently exploring the best way to fund the next phase of the programme, including the possibility of now bringing in partners. 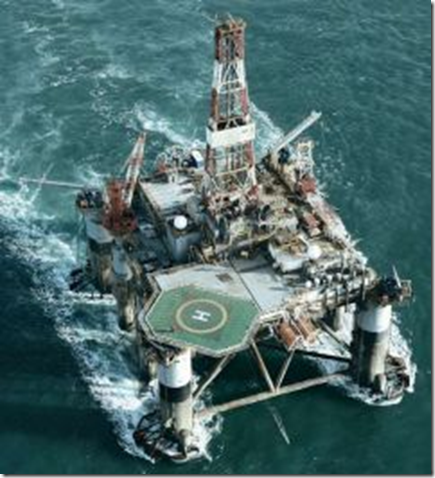 Argentina once again warned oil companies considered by the Government to be “illegally operating” in the Falklands/Malvinas Islands, and reiterated it will press charges against them unless they justify their actions before next Wednesday, May 2.

In a recent statement released to the press, the ministry said that on last April 17th, all oil companies currently performing exploration tasks in the ‘Malvinas basin’ were notified “of their clandestine actions and their consequences” by the Argentine embassy in the United Kingdom.

The Argentine government has set a May 2 deadline for companies to justify their activities.

“If case of failure to offer a response and once the legal deadline expires, we will issue the corresponding sanctions to every company according to a resolution by the Argentine Energy Secretariat, which considers these activities to be clandestine. The Government will also proceed to press criminal and civil charges,” the ministry warned.

The Foreign Affairs release states that by doing this they “reaffirm Argentina’s decision to defend the nation’s sovereign rights by any peaceful means possible – both legal and diplomatic- as well as the country’s natural resources, which belong to the Argentine people.”

The British Government has told the Falklands and companies working there that it will defend the protectorate against Argentine aggression. Photo: Reuters

The Foreign Office has sought to reassure British and American banks threatened by the Argentine government over their involvement in the Falkland Islands oil industry.

The Government, in a move designed to ease concern among the investment community about the Argentine legal threats, has written to some 15 banks and oil exploration companies operating in the region.

In the new letter, the Foreign Office says it is “deeply sceptical” that Argentina would be able to enforce “any penalties” in courts outside its own borders. It adds that the government of the Falklands “is entitled to develop” oil and fishing industries in its own waters “without interference from Argentina.”

“The British Government has no doubt about our sovereignty over the Falkland Islands and surrounding maritime areas,” it adds.

News of the letter follows The Sunday Telegraph’s revelation that the Argentine government had written to banks involved in the Falkland oil industry threatening them with legal action. In writing to the banks concerned, including broker Oriel Securities and Royal Bank of Scotland, the Government has sought to not jeopardies the fledgling Falkland oil industry.

Edison Investment Research, which has published research on the value of oil around the islands , slammed the attempts to silence it.

“Edison Investment Research firmly believes in the right for all financial institutions, publishers and in particular financial research houses such as ours to be able to exercise their right to provide independent analysis of all quoted companies wherever they are listed and wherever their operations may be carried out,” said Edison’s Fraser Thorne.

Comments Off on Britain reassures banks over Argentina’s Falklands threats

Rockhopper Exploration plc , the North Falkland Basin oil and gas exploration company, announces that the 14/10-9 well (the “Well”) was spudded at 10.45 hrs BST on 25 October 2011.

The Well, situated on Licence PL032, which is 100% owned and operated by Rockhopper, is the eighth well to be drilled on the Sea Lion feature. It is located approximately 5.9 km to the south west of the 14/10-2 discovery well and is designed to investigate reservoir presence and hydrocarbon charge within the Sea Lion Main Complex towards the southern edge of the Company’s acreage and is also an exploration well on the Eastern side of the Casper prospect.

Drilling operations are expected to take approximately 33 days and a further announcement will be made once drilling is completed. 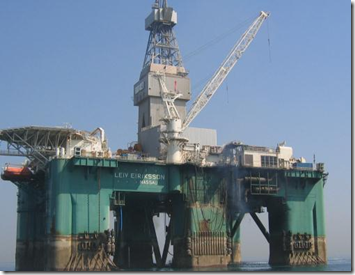 When the Leiv Eiriksson, a rig built to hunt for oil beneath 10,000 feet of water in the world’s roughest seas, finishes drilling a well off Greenland’s west coast next month, it will sail for its next job — a prospect 9,000 miles away, south of the Falkland Islands.

The month long voyage from top to bottom of the Atlantic Ocean, at a cost of about $500,000 a day, exemplifies how the world’s drillers have never spent so much searching for oil and gas in so many places, spurred by crude prices above $100 a barrel and depleting reserves at existing fields.

After holding back in the aftermath of the financial crisis, Exxon Mobil Corp. , Royal Dutch Shell Plc  and other producers will increase exploration spending by the most since 2007 this year to a record $70 billion, said Wood Mackenzie Consultants Ltd. That’s bringing rigs to countries with no history of oil and gas production, from French Guiana in South America to Kenya in east Africa.

“The race for exploration has become hotter than ever,” said Michael O’Dwyer, managing director for oil and gas at Morgan Stanley & Co. in London. “The biggest change I’ve seen in the activities of oil companies over the last 24 months is the focus on exploration.”

About three-quarters of exploration money for conventional oil and gas is spent offshore, where 284 wells will be drilled next year, 30 percent more than in 2011, targeting more than 100 billion barrels of potential reserves, according to Morgan Stanley​.

BP and Total SA  are increasing exploration budgets after the world’s largest oil companies were beaten to the biggest discoveries by smaller competitors in recent years, such as Tullow Oil Plc’s Jubilee field in Ghana, which is now umping 120,000 barrels a day.

“Majors have overlooked a number of the biggest basins in the world,” BP Chief Executive Officer Bob Dudley said at a press conference yesterday.

U.S. independent Anadarko Petroleum Corp​. has found fields off Mozambique in east Africa that hold more gas than the U.K.’s total remaining reserves. Rockhopper Exploration Plc’s Sea Lion discovery is the Falkland Islands’ first commercial find and may contain as much as 1.4 billion barrels of oil.

“We’re seeing some courageous exploration activity at the moment, particularly with the medium-sized companies such as in Greenland and east and west Africa,” said John Martin, managing director for global energy at Standard Chartered Plc in London.

The so-called supermajors have responded in two ways. First, by becoming partners with smaller companies and secondly, by drilling more exploration wells themselves.

At BP, the experience of drilling a well in the Gulf of Mexico that exploded and caused the U.S.’s worst oil spill hasn’t deterred it from exploration. The company plans to double spending on exploration from $2.7 billion in 2010. The company plans drilling in waters off Australia, China and the U.K., and will increase its exploration wells to as many as 25 a year by 2013 from six wells drilled this year.

“It’s very hard to grow and make a profit with an oil and gas company unless you are good at, and are investing in, exploration,” Helge Lund, chief executive officer of Statoil ASA , Norway’s largest oil company, said in an interview. “It seems that compared to what we saw in the 90s, oil and gas companies are exploring much more now.”

“As long as oil prices stay above $80, no one’s going to slow their exploration programs,” said Jason Gammel, an analyst at Macquarie Capital Europe Ltd. in London. “Exploration is very high risk, but the highest rates of return on capital tend to be from fields you discover yourself. Unlocking new frontiers can bear fruit.”

The 11 percent drop in prices in the past six months isn’t likely to deter exploration, Wood Mackenzie analyst Andrew Latham said. Brent oil, a benchmark price for two-thirds of the world’s crude, is about $110 a barrel, more than 30 percent higher than its five-year average. Futures contracts show prices above $100 for the next two years.

“The recent softening in oil prices doesn’t change exploration planning,” Latham said. “Most of the industry is planning on prices ranging from $70 to $80.”

Wood Mackenzie’s figures for exploration spending don’t include investment in so-called unconventional oil and gas, which is extracted from oil sands or by grinding underground rocks.

Still, many wells will find nothing more than sand or water. Edinburgh-based Cairn Energy Plc’s $1 billion drilling campaign in the Arctic waters off Greenland has yet to make a significant discovery. While the success rate for exploration wells worldwide is about 48 percent this year, typically only one in four exploration wells will find oil or gas, according to Morgan Stanley.

That’s a factor that may also play to the balance sheet strength of the largest oil companies as worsening financial conditions make funding harder to find for smaller explorers. An index of oil and gas companies on London’s junior AIM market — a leading source of equity finance for smaller drillers — has dropped 39 percent this year.

“The big question is whether financial market turmoil will put pressure on spending,” said Lucy Haskins, an equity analyst at Barclays Plc in London. “Most of the big-cap companies are very keen not to get into a stop-go investment cycle that has dogged their production in past, but some of smaller players may be a more cautious short term.”

Comments Off on Worldwide Offshore Exploration Heats Up