America’s Crisis of Character :: Is something more required to ‘Make America Great Again’? 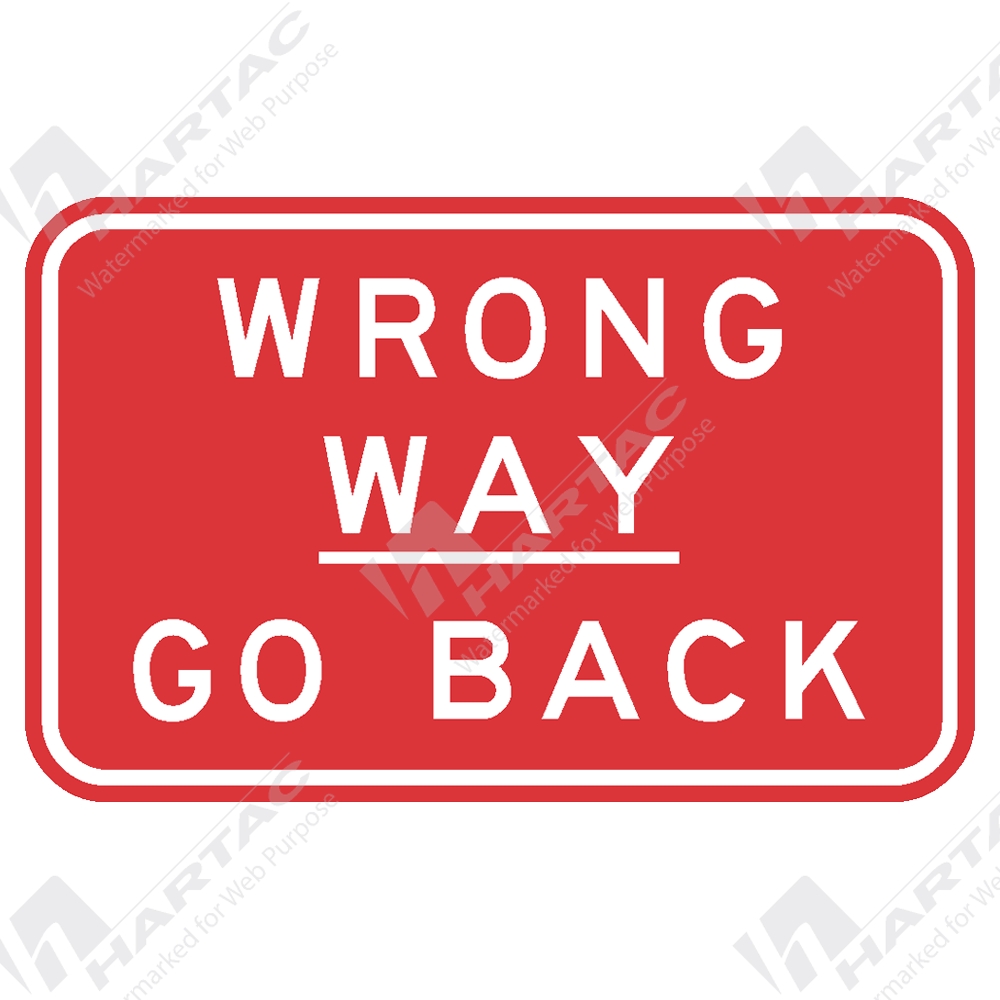 The MSM continues to disgust me. The MAJORITY of people affected by the disaster in Texas have NOT complained. They have been thankful and even smiling. Yet as I watch MSM, I see them repeatedly playing clips of 3 ungrateful women complaining about the conditions at the George R Brown shelter. ‘It stinks in here’, ‘I didn’t have a cot for me or my kids last night’, ‘the mayor said we didn’t have to evacuate, but he LIED’.

These people disgust me, but MSM disgusts me even more. As they have covered this catastrophic event, most likely the biggest disaster our country has experienced, they have made every attempt to politicize it and criticize the response. A challenging thing, since the response has been amazing.

The impact of this disaster is FAR greater than that of Katrina but there are very DRAMATIC contrasts both in handling the response/rescue and in the reaction of the victims.

I would love to see someone put together a video that highlights some of these differences because I think it reveals both a core strength and a core weakness that exists in our country.

When you see neighbor helping neighbor, gratefulness in times of crisis, respect for others & others property which includes cleanliness so you don’t leave a mess for someone else, these are the results of GOOD CHARACTER.

When you see people taking advantage of others by looting, or lack of respect for others in they way they talk or by vandalizing property or leaving a mess for others to clean up, when you see ungratefulness, people expecting others to do something for them but not being willing to help others, you are seeing the results of POOR CHARACTER.

The character of the people of our country is being undermined. Good character development is no longer being taught, exampled or encourage for many. We see dramatic displays of deplorable character in the Alt Left groups of BLM and ANTIFA. They have no respect for for their fellow man. They have many negative character traits. To make matters worse, many including MSM and prominent politicians are condoning and encouraging that character. There is no positive future for a society built on poor character.

If we are truly going to “Make America Great Again”, it will take more than jobs, tax cuts and a thriving economy. It will require programs and commitment to teach and build GOOD CHARACTER in the people of our country. Each of us should strive to build the elements of good character within ourselves everyday and also to encourage others to strive for those characters within themselves.

Here’s a link to a list of good character traits to strive for: http://www.character-training.com/blog/list-of-character-traits/ …

Comments Off on America’s Crisis of Character :: Is something more required to ‘Make America Great Again’?

The oil and gas industry demonstrated its confidence in the power of American energy during the federal government’s Central Gulf of Mexico lease sale held March 19 in New Orleans. In fact, a total of 50 companies submitted 380 bids, and the Department of Interior garnered $850 million in high bids for about 1.7 million acres off the coast of Louisiana, Mississippi and Alabama. This signals a continued strong business interest in offshore energy production.

It’s this confidence in the valuable resources of America’s Gulf that continues to drive our national and state economy, fund the U.S. government, employ hundreds of thousands of men and women across our country, and keep the lights on from Portland, Oregon, to Portland, Maine. Here in Louisiana, we proudly serve as the gateway to the Gulf, the front door to the boundless energy potential miles off of our coast and thousands of feet under the water’s surface. We proudly do a job that other states refuse to do; a job that literally fuels America.

GEST is pleased to help promote this rebirth of the Gulf as America’s energy workhorse, as well as the thousands of men and women who go to work each day to provide power to our people.

Hats off to all of you!

Comments Off on LEASE SALE DISPLAYS POWER OF THE GULF

Excelerate Liquefaction Solutions (ELS),  a wholly-owned subsidiary of Excelerate Energy, has filed an application at the U.S. DOE to export up to 10 MTPA (approximately 1.33 Bcf/d)  for a 20-year period.

ELS is seeking authorization to export LNG from the proposed Excelerate Liquefaction Project to be located in Calhoun County, Texas  to any country with which the United States of America does not now, or during the term of the license requested will not, have a Free Trade Agreement (FTA) requiring the national treatment for trade in natural gas; that has, or in the future develops, the capacity to import LNG; and with which trade is not prohibited by U.S. law or policy.

ELS requested authorization to export LNG on its own behalf and also as agent for other parties who hold title to the LNG at the time of export. DOE/FE granted this authorization to ELS in Order No. 3128.

If, in addition, this application for authorization to export to non-FTA Countries is granted, the combined effect of the DOE/FE Order addressing this Application and Order No. 3128 will be to authorize ELS to export up to 10 MPTA (equivalent to approximately 1.33 Bcf/d or approximately 502 million MMBtu per year) of domestic natural gas as LNG to any country with which trade is not prohibited by U.S. law or policy.

As such, grant of this application would not increase the total amount of natural gas that ELS would be entitled to export, it would only broaden the range of countries to which such natural gas could be exported.

Comments Off on USA: ELS Files to Export LNG to Non-FTA Nations

The company will be authorized to export up to 10 million metric tons per annum (mtpa) of LNG produced from domestic resources for a 20-year term commencing on the date of its first export.

The facility will require authorization from the Federal Energy Regulatory Commission (FERC).

Excelerate will begin the FERC pre-filing process fourth quarter 2012 and expects the facility to be in-service in 2017.

Comments Off on Port Lavaca, TX: Excelerate Wins US Approval to Export LNG

The Lavaca Bay LNG project will be located in Port Lavaca, situated between Galveston and Corpus Christi on the Texas Gulf Coast, and will be designed to export liquefied natural gas (LNG) to markets worldwide by 2017.

Excelerate Energy’s FLSO comprises 3 million tonnes per annum (MTPA) of production capacity, 250,000 cubic meters (m3) of LNG storage, and a fully integrated gas processing plant. With this gas processing capability, the FLSO can accommodate a wide range of gas compositions at its inlet making it well suited for virtually any application near shore or offshore. For those situations where gas processing is not required due to presence of existing processing facilities or where pipeline quality gas is used as the feedstock, the processing equipment can be removed and liquefaction capacity increased to 4 MTPA.

The FLSO will measure 338 meters in length, with a breadth of 62 meters. Front End Engineering and Design (FEED) is in an advanced phase and Excelerate is now entering into discussions with potential off takers and natural gas suppliers as well as investors and potential sources of finance to take the project forward. Excelerate Energy expects FEED to last until the end of 2012, and following its completion and successful permitting project delivery will take approximately 44 months from final investment decision (FID).

In its initial phase, the Lavaca Bay LNG project will consist of one permanently moored FLSO with multiple connections to the onshore natural gas grid in South Texas. The project will be designed with the potential for expansion and the addition of a second FLSO over time for a total production capacity of up to 8 MTPA. Excelerate Energy expects to begin the export authorization and Federal Energy Regulatory Commission (FERC) permitting immediately, and is in the process of completing its site-specific final front-end engineering design (FEED) effort.

“Excelerate Energy applies the same philosophy to its liquefaction vessel design as it does to its regasification vessel fleet – essentially using proven technology in an innovative way to provide more efficient and timely solutions to the LNG industry,” stated Rob Bryngelson, Excelerate Energy President and CEO. “Port Lavaca provides us with the unique opportunity to further capitalize on our position as a market leader in floating LNG solutions.”

Excelerate Energy selected Port Lavaca for the site of the facility because of its direct access to the highly liquid south Texas natural gas market, access to the Atlantic Basin through the Gulf of Mexico, and potential access to the Pacific basin with the widening of the Panama Canal. The facility will interconnect to the region’s existing pipeline system in order to obtain natural gas and liquefy it onboard the vessel. The Port Lavaca location being developed by Excelerate Energy has previously received FERC approval as an LNG import facility, which should facilitate the permitting process.