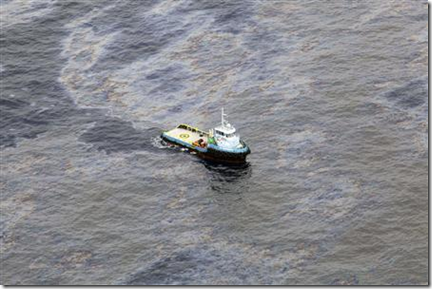 (Reuters) – A judge in Campos, Brazil, could shift the criminal charges filed against Chevron and drill-rig operator Transocean to Rio de Janeiro, a decision that would remove a crusading prosecutor from the case.

Eduardo Santos de Oliveira, a federal prosecutor based in Campos, in Rio de Janeiro’s interior, told Reuters on Friday a jurisdictional review is under way, which could delay any formal criminal indictment of the firms and their employees for weeks.

Oliveira filed criminal charges against Chevron, Transocean and 17 of their employees in Brazil this week for alleged crimes related to a November offshore oil spill in Brazil’s Frade field, which Chevron operates.

He pledged to seek maximum prison sentences of 31 years against the firms’ executives.

Federal judge Claudio Girão Barreto will consider whether the companies must post bonds in Campos or whether the case should be moved to Rio de Janeiro. The judicial review normally takes around ten calendar days.

The review does not alter the content of the criminal charges, but it could remove the case from Oliveira’s turf and hand it to another team of prosecutors.

The question of jurisdiction stems from the location of the alleged crimes in a deep-sea oil field beyond Brazil’s territorial waters but within its 200-nautical-mile “exclusive economic zone.”

Oliveira said the judge had asked him to appear in court on Monday with more details about the case.

“I think moving the case to Rio de Janeiro would be a mistake,” said Oliveira in a telephone interview. “Chevron and Transocean want you to believe this happened on some foreign ship or platform in international waters. But the crime happened under the seabed, in physical Brazilian territory.”

Some Brazilian officials, including Senator Jorge Viana of the government’s ruling party, have called Oliveira’s charges over-aggressive. Viana told Reuters this week that the case could damage Brazil’s oil industry.

A 20 billion reais ($11 billion) civil suit filed earlier by Oliveira in Campos against Chevron and Transocean, its drilling contractor at Frade, has already been shifted to Rio de Janeiro’s capital. A judge ruled in January that Campos wasn’t the proper jurisdiction for the civil case, Brazil’s largest-ever environmental lawsuit.

Chevron’s November leak of 2,400 to 3,000 barrels of oil at the Frade field was the result of a pressure kick during drilling. Oliveira has said Chevron’s drilling was reckless and unsafe. The companies deny the charges.