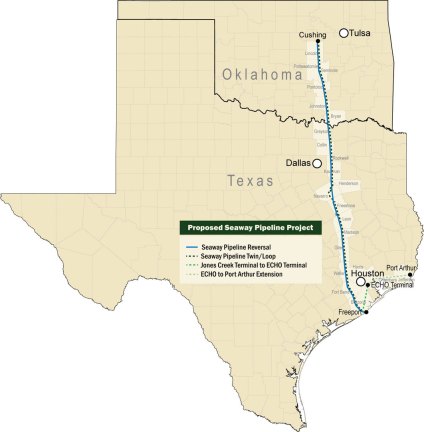 According to the companies, the pipeline is in the process of being commissioned, and the first flows of crude oil into the line are expected to begin this weekend.

The reversal of the 500-mile, 30-inch diameter pipeline, which had been in northbound service since 1995, provides North American producers with the infrastructure needed to access more than 4 million barrels per day of Gulf Coast refinery demand.

The reversal will initially provide 150,000 BPD of capacity, which is expected to increase to more than 400,000 BPD in the first quarter 2013 with additional modifications and increased pumping capabilities.

Seaway Crude Pipeline Company LLC is a 50/50 joint venture owned by affiliates of Enterprise Products Partners and Enbridge Inc. In addition to the pipeline that transports crude oil from Cushing to the Gulf Coast, the Seaway system is comprised of a terminal and distribution network originating in Texas City. 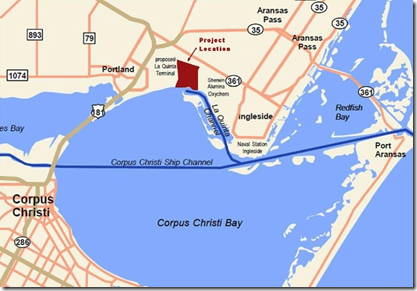 The Houston-based LNG developer said in December it plans to build the export plant at Corpus Christi in Texas, originally the site for a planned import terminal, but it will need to file for approval first.

“We expect it to be some time in July or August,” Charif Souki, Cheniere’s CEO, said at the Howard Weil energy conference.

The plant, which would have the capacity to export 1.8 billion cubic feet of gas per day, could be online by 2017, assuming permits are granted by mid-2013, the filing said.

Cheniere has signed long-term supply agreements with international buyers for its first proposed plant at Sabine Pass in Louisiana, which is expected to start up in 2015, pending regulatory approval.

Once expected to be a major importer, the United States now has up to a century’s worth of natural gas supply, prompting plans to ship the cheap fuel to thirsty markets in Europe and Asia where prices are up to five times higher.

Corpus Christi would comprise three production trains, or units, all with the capacity to export 4.5 million tonnes per year of LNG.