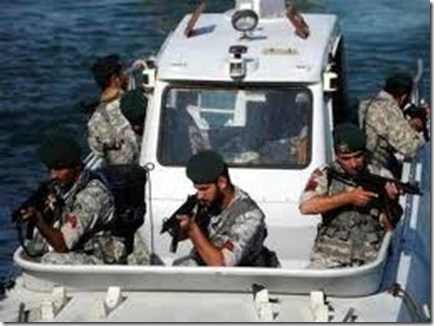 Feb. 14 (Bloomberg) — Iran might respond to sanctions with “low-level provocation” such as slowing shipping through the Strait of Hormuz, keeping oil prices at their currently high level, according to three Standard & Poor’s reports.

Iranian authorities could disrupt supplies of oil from the Persian Gulf by imposing tanker inspections or boarding merchant ships in its territorial waters, supporting oil prices because markets would increasingly view armed conflict as “a real, if remote, possibility,” according to the reports’ authors, who include Paris-based Jean-Michel Six, S&P’s chief economist for Europe.

The likelihood of severe disruption of oil supplies through the strait, through which 20 percent of the world’s oil flows, is “very low,” though if one did occur, it might boost oil to $150 a barrel and push economies into a recession, according to the reports.

“For oil-producing sovereigns of the Gulf Cooperation Council — Saudi Arabia, U.A.E., Qatar, Kuwait, Oman, and to a lesser extent, Bahrain — higher oil prices would actually be beneficial,” said Elliot Hentov, an S&P credit analyst in Dubai. “As oil exporters, they would receive more foreign earnings that they could either use to stimulate demand or improve their government’s balance sheets.”

The U.S. and the European Union are imposing tougher sanctions on Iran and Israel has talked of an attack on the Islamic Republic’s nuclear facilities in an attempt to halt its atomic program. Iran, which says its nuclear program is for civilian purposes, has threatened to block the Strait of Hormuz in retaliation.

The three S&P reports discuss the impact of rising Gulf tensions on Middle Eastern states seeking to borrow money, the risks that a closure of Hormuz would pose for companies looking for credit and the threats to global economic growth from an oil shock.