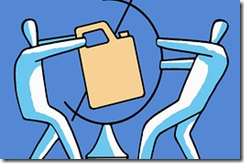 When President Obama introduced his energy plan in March, he pointed out that the U.S. keeps going “from shock to trance on the issue of energy security, rushing to propose action when gas prices rise, then hitting the snooze button when they fall again.”

It’s true that since the Nixon administration U.S. leaders have all made the same commitment to cutting our reliance on foreign oil, finding reliable sources of clean energy, and keeping energy prices low. Yet Americans keep hearing only short-term solutions and narrowly focused rules and regulations. The U.S. still imports more than half its oil, gasoline prices are at historic highs, and consumers are paying the price.

One bipartisan policy tradition is to deny Americans the use of our own resources. President George H.W. Bush took aggressive steps to keep off-limits vast supplies of oil and gas along the coasts of California and Florida. Since then, the build-up of restrictions, limitations and bans on drilling (onshore and off) have cost the U.S. economy billions of dollars while increasing our dependence on foreign sources of energy.

In the year since the Deepwater Horizon spill, the Obama administration has put in place what is effectively a permanent moratorium on deep water drilling. It stretched out the approval process for some Gulf-region drilling permits to more than nine months, lengths that former President Bill Clinton has called “ridiculous.”

Then there’s tax policy. Why, when gas prices are climbing, would any elected official call for new taxes on energy? And characterizing legitimate tax credits as “subsidies” or “loopholes” only distracts from substantive treatment of these issues. Lawmakers misrepresent the facts when they call the manufacturing deduction known as Section 199—passed by Congress in 2004 to spur domestic job growth—a “subsidy” for oil and gas firms. The truth is that all U.S. manufacturers, from software producers to filmmakers and coffee roasters, are eligible for this deduction.

We won’t achieve energy security by restricting our own companies from drilling or singling them out for punitive taxes. We’re talking about an industry that provides millions of jobs and, for the foreseeable future, the power for our economic growth.

So our focus right now has to be to find ways to encourage domestic energy supplies, even while we encourage new sources of energy. President Obama is right that this isn’t a long-term solution. But we can’t lose sight of what the country needs today.

Here are a few steps to take:

The kickoff of the presidential campaign season and the spike in fuel prices offer an opportunity to constructively debate a comprehensive national energy strategy. Effective policies will ensure sufficient domestic production and the healthy operation of U.S. companies abroad, which together will provide the secure, affordable energy supply that Americans need.

Comments Off on Washington vs. Energy Security