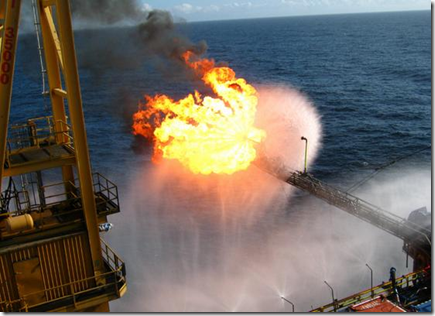 TETRA Technologies, Inc. has acquired Optima Solutions Holdings Limited (“Optima”) for GBP 40 million (approximately $62.7 million equivalent) plus contingent consideration to be paid in the future depending on profitability.

Optima is a leading provider of rig cooling services and associated products that suppress heat generated by the high-rate flaring of hydrocarbons during offshore well test operations. Established in 1999, Optima has grown rapidly and has served a diversified customer base in over forty countries from operational bases in Aberdeen, UK, and Perth, Australia. Optima’s expectations for continued growth are underpinned by excellent long-term relationships with key customers, increasing international expansion, and a robust market outlook.

“With this acquisition, we are accelerating our strategic goal of offering our customers a broader range of well completion and production testing services, and we are expanding our presence in many significant global markets. Optima is a strong complement to our existing portfolio of well completion and production testing services, and we believe we can add value for Optima’s customers through our experience in, and understanding of, those businesses. We are impressed with the relationships and market position that Optima has built and intend to support them within the TETRA family. In addition, we expect this acquisition to be accretive to our consolidated earnings in 2012,” commented Stuart M. Brightman, TETRA’s President and Chief Executive Officer.

Managing Director and founder of Optima, Jamie Oag, stated, “We are very pleased with our new ownership structure. We see this as the next phase in our strategic plan, increasing Optima’s global presence in a manner consistent with our best in class safety and service quality performance standards.” Mr. Oag went on to say that, “Both my fellow founder, Peter Bartholomew, and I, will remain with Optima, along with the remainder of our experienced management and operations teams.”

The Keystone XL pipeline may be the first shovel-ready project buried by foot-dragging.

While the Obama administration allows the proposed pipeline, which would move oil from Canada’s oil sands region in northern Alberta to Gulf Coast refineries, to languish, market demands will ensure the oil is transported south by other routes. By the time Keystone gets the green light from the State Department, there may be no demand for it.

Keystone’s stagnation, though, is good news for Houston-based Enterprise Product Partners, which has teamed with Canada’s Enbridge to build its own Alberta-to-the-Gulf network.

Enbridge already has lines to move oil from Alberta to Chicago – avoiding the need for State Department approval – and from there to Cushing, Okla. 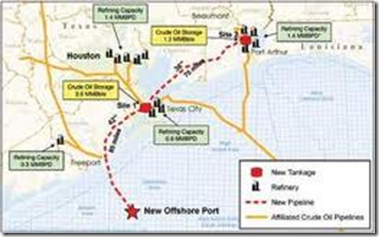 Enterprise’s proposed Wrangler line would transport the oil from Cushing to the Houston area.

“Wrangler becomes the only game in town if Keystone’s going to be pushed back a year,” said Jeff Dietert, an analyst with Houston-based Simmons & Company International. “Producers and shippers are going to be interested in moving crude sooner than that.”

Pipelines don’t compete the same way that, say, retailers do. Demand is measured by long-term commitments for oil and other products. But Enterprise CEO Mike Creel acknowledged that with Keystone on hold, more people may see Wrangler as the best option for moving oil to the Gulf.

“We’ve had a very good reception so far,” he said. “We’ve got the right support from producers and shippers.”

As I wrote this summer, increased oil production from Canada and shale formations in places like North Dakota have resulted in a glut of oil at the pipeline hub in Cushing. That oversupply is keeping prices on West Texas Intermediate crude lower than the world price, which is what most refiners are paying.

The question is how much additional pipeline capacity is needed to bring prices into balance, which would, in theory, result in lower gasoline prices at the pump.

“There’s been a lot of debate about how much really needs to be built,” said John Cusick, an analyst with Wunderlich Securities in New York. “You just hear so much about all of the crude that’s stranded in Cushing.”

In addition to the Wrangler project, other companies are considering ways to get more oil to the Gulf. Houston-based ConocoPhillips, for example, has put its share of the Seaway pipeline up for sale. Currently, the line moves oil from the Gulf Coast inland to supply ConocoPhillips’ Midwestern refineries.

But with the sale – Enterprise owns the remaining interest in the line – the new owners may decide to reverse the flow.

As other companies move in, last week’s delay leaves Keystone’s future far more uncertain than either the administration or the company behind the project, TransCanada, are willing to admit.

“We remain confident Keystone XL will ultimately be approved,” TransCanada’s chief executive, Russ Girling, said in a statement. “This project is too important to the U.S. economy, the Canadian economy and the national interest of the United States for it not to proceed.”

But it’s not likely Keystone will seem as important a year from now, or that TransCanada or its customers will stick with the project through the latest delay.

With Keystone buried in uncertainty, Enterprise and Enbridge have gained the upper hand.