USA: Cheniere to Raise Up to USD 4 Billion in Debt for Sabine Pass Liquefaction Project

Cheniere Energy Partners said today that it has engaged eight financial institutions to act as Joint Lead Arrangers to assist in the structuring and arranging of up to $4 billion of debt facilities.

The proceeds will be used to pay for costs of development and construction of the liquefaction project at the Sabine Pass LNG terminal, to fund the acquisition of the Creole Trail Pipeline from Cheniere Energy, and for general business purposes. As previously disclosed, estimated capital costs before financing for the first two trains of the liquefaction project of $4.5 billion to $5.0 billion are expected to be funded from a combination of debt and equity financings.

“Obtaining financing is one of the last steps to complete before proceeding with the construction of the first two liquefaction trains being developed at the Sabine Pass LNG terminal,” said Charif Souki, Chairman and CEO. “We have engaged an experienced group of financial institutions as our core banking group and look forward to completing the financing for the project in due course.”

Comments Off on USA: Cheniere to Raise Up to USD 4 Billion in Debt for Sabine Pass Liquefaction Project

He said that Osaka Gas may invest in planned LNG terminals in Maryland, Louisiana and Texas.

Osaka Gas said recently that it plans to purchase 7.19 million mt of LNG during fiscal 2012.

100 Million Tons of Ships, Hyundai Heavy Surpasses All Others 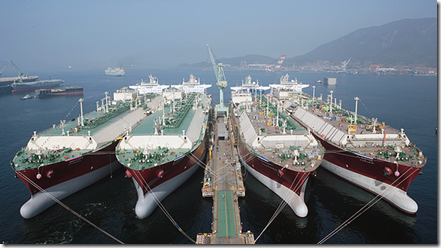 No other shipbuilding company in the world has ever built more.

According to the Korea Times,

Hyundai Heavy has delivered a total of 1,805 diverse types of ships, ranging from drilling vessels, LNG or LPG carriers and container ships to submarines and naval ships, to more than 280 ship owners in 49 different countries.

Asian shipyards such as HHI are bracing for challenging times ahead however as current oil prices increase operating costs, a glut of containerships and tankers put heavy downward pressure on freight rates, and newbuild ship financing becomes increasingly more complex for shipowners.

Comments Off on 100 Million Tons of Ships, Hyundai Heavy Surpasses All Others

Broadwater Energy said that it has decided not to go forward with any aspect of its LNG project, the company said in a letter to U.S. FERC.

Broadwater also asked the Commission to vacate its previous authorization for the LNG project.

The company is a joint venture by TransCanada Corporation and Shell Oil, and it planned to build a floating storage and regasification unit (FSRU) attached to a yoke mooring system about 9 miles off Long Island and 10.5 miles off Connecticut, with a maximum regasification capacity of about 9 million mt of LNG per annum.

For the year ended December 31, 2011, affiliate revenues decreased $116.3 million primarily as a result of the assignment of the terminal use agreement (TUA) in June 2010 from Cheniere Marketing to Cheniere Energy Investments, the company’s wholly owned subsidiary, which required Cheniere to eliminate for consolidated reporting purposes the TUA revenues under this contract to Sabine Pass LNG.

During 2011, Cheniere received approximately $69.0 million in net proceeds through equity issuances, including:

Total revenues for the quarter and year ended December 31, 2011, were $70.8 million and $283.8 million, compared to total revenues of $72.1 million and $399.3 million for the comparable periods in 2010. Total revenues primarily include capacity payments received from customers in accordance with Cheniere’s TUAs and incremental revenues from tug services and re-export fees. Revenues from affiliates for the year ended December 31, 2011, decreased by $116.3 million when compared to the comparable period in 2010 due to the assignment of Cheniere Marketing’s TUA to Investments, partially offset by revenues from the variable capacity rights agreement (VCRA) with Cheniere Marketing.

Cheniere continues to make progress on its Liquefaction Project, which is being designed and permitted for up to four liquefaction trains, each with a nominal production capability of approximately 4.5 mtpa. Cheniere anticipates LNG exports from the Sabine Pass LNG terminal could commence as early as 2015, with each liquefaction train commencing operations approximately six to nine months after the previous train.

Commencement of construction for liquefaction trains 3 and 4 is subject, but not limited to, regulatory approvals, entering into an EPC agreement, obtaining financing and making a final investment decision. Sabine Liquefaction has engaged Bechtel to complete front-end engineering and design work and to negotiate a lump sum turnkey contract. Construction for LNG trains 3 and 4 is targeted for early 2013. 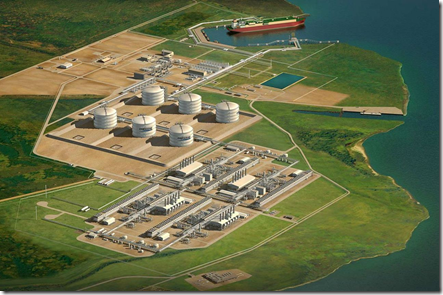 Cheniere Energy Partners, L.P. announced today that its subsidiary, Sabine Pass Liquefaction, LLC , has entered into an amended and restated LNG sale and purchase agreement with BG Gulf Coast LNG, LLC, a subsidiary of BG Group plc, under which BG has agreed to purchase an additional 2.0 million tonnes per annum (mtpa) of LNG, bringing BG’s total annual contract quantity to 5.5 mtpa of LNG.

Under the SPA, the purchase terms essentially remain the same, whereby BG will pay Sabine Liquefaction a fixed sales charge for the contracted quantity and will pay a contract sales price for LNG purchases based on the applicable Henry Hub index traded on the New York Mercantile Exchange, with the exception that the fixed sales charge will increase ratably in order to account for the increased fixed sales charge on the additional volumes. 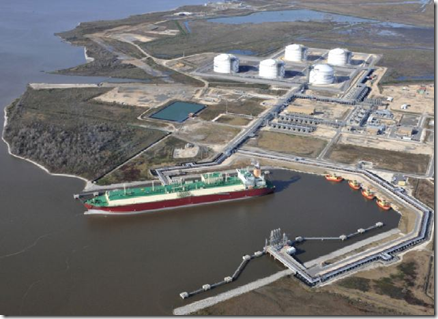 SAC Capital Advisors, a hedge fund run by US investor Steven Cohen, purchased a 5.7 percent stake  in Cheniere Energy, according to a filing with SEC.

The company has initiated a project to add liquefaction services that would transform the Sabine Pass LNG terminal into a bi-directional facility capable of exporting LNG.

Cheniere recently also announced that it is developing a LNG export terminal at one of the company’s existing sites that was previously permitted for a regasification terminal, located in Corpus Christi, Texas. 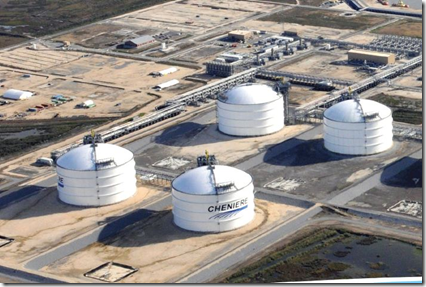 Societe Generale today said that Cheniere Energy can take a final investment decision on phase 1 of its Sabine Pass LNG export project after it has yesterday signed a supply deal with Gas Natural Fenosa, Bloomberg reported.

“This latest deal should allow construction of the liquefaction facilities, two trains capable of producing up to 9 million tons a year, at Sabine Pass to commence in 2012”, Societe Generale said in a report.

Gas Natural Fenosa has yesterday agreed to buy 3.5 million tonnes per annum (mtpa) of LNG from Cheniere Energy. The first LNG deliveries are expected to commence in 2016.