The Costs of War in Syria 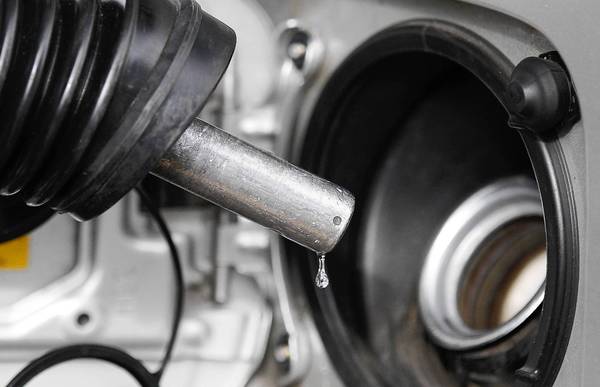 As Rothbard pointed out, war and militarism are socialism writ large, and not surprisingly, war is very expensive to the taxpayers, and especially to those who are the targets of military intervention.

There is presently a debate in Congress and in the media about how expensive the war in Syria will be. In the American policy debate The expenses are only calculated in estimated monetary terms, and so we know that the debate will of course ignore  all damage done to the Syrians themselves and to global markets, which are always damaged and stunted by wars.

Nevertheless, even the very tame and limited argument over the costs to the U.S. treasury will be based mostly on conjecture and dishonest assessments of the true cost.

We might get some glimpses of some of the honest estimates as the debate rages between the bureaucrats and the politicians, although even those are still nothing more than estimates.  The bureaucrats (i.e. the Pentagon) will use the drive to war in Syria as an opportunity to demand that more taxpayer money flow into their coffers. We have seen this already with former Defense Secretary Leon Panetta’s claim that the tiny cuts imposed by sequestration “are weakening the United States’ ability to respond effectively to a major crisis in the world.”  It will be in the Defense Department’s interest to high-ball the costs of the war.

Nevertheless, even the Defense’ Department’s claims of costs for the Syria war will likely be well below the true cost by the time the public hears them, for the Department will be restrained by the Obama Administration’s competing interest to make the war appear as cheap as possible. Fearing resistance from some taxpayers, the Administration will naturally wish to have the war appear cheap, easy, and no big deal, as regards to cost.

Indeed, John Kerry was claiming yesterday that unnamed “Arab countries” have offered to pay for the war. This claim by the Obama Administration should be seen as being on more or less the same levels as the Bush Administration’s claim in 2003 that the Iraq war and the reconstruction of the country would be paid out of Iraqi oil revenues.

Those who remember the debate of Iraq War costs a decade ago will also recall the Bush Administration’s outrage over General Eric Shinseki’s (correct) estimate that hundreds of thousands of troops would be necessary to restore peace to Iraq in a reasonable amount of time. The Administration claimed only a fraction of that number, and thus, only a fraction of the funds, would be necessary.

So, politicians want a war to appear cheap, at least up front, while the bureaucrats want bigger budgets. Once the war starts, though, all bets are off, and any political or legal authorization given to the administration to wage war will be a de facto blank check for future unlimited outlays for occupation and conflict on an unlimited timeline. We’ve already seen this in both Afghanistan and Iraq, and while the two countries descended into chaos, the claim was made that since the U.S. regime had “broken” Iraq and Afghanistan, the taxpayers were now on the hook to finance the “fixing” of the broken countries.

The regime knows that all it needs to do is start a war, and the money will begin to flow indefinitely. Thanks to Robert Higgs’s Crisis and Leviathan, we know that war is generally a winning proposition for states, for it leads to greater revenues and more control of the domestic population, continually ratcheted up by new wars. Rothbard noted in  his essay “War, Peace, and the State” that while wars can lead to the downfall of states, they upside is often enormous for them, as wars secure vast new powers for the regime both domestically and internationally. And since Syria poses no threat to the U.S. military or to U.S. territory, the prospects are all excellent for the politicians, bureaucrats, government contractors and intellectuals who all stand to get rich off the latest conflict.

The taxpayers will of course fare less well, whether in the form of a far greater tax burden or by their misfortune in holding a currency ever more de-valued by the need to deficit-finance endless war.

For the government class though, times are good, as long as enough of the population can be neutralized or even convinced to support the latest conflict. Thanks to what Hans-Hermann Hoppe calls “the myth of national defense,” wars are among the easiest big government programs to sell to the citizenry, for so few are willing to entertain possibilities outside the status quo of state monopolies for the provision of defense.

And in those cases where convincing the voters might prove more challenging, the state can always goad foreign nations into making an aggressive move than can lead to war, or the state may rely on a small army of intellectuals to provide the propaganda necessary to sweep all opposition aside.

The cost to Americans in the form of higher energy prices, lost trade opportunities, and other hidden costs will be immense, but even the cost in dollars to the taxpayers when calculated in terms of the true costs of empire, cannot be predicted.

Comments Off on The Costs of War in Syria

The Obama administration wants Americans to realize what a good job it and the Bush administration did saving the economy from a second Great Depression. But they’d prefer not to make this case directly. They want journalists to do it for them.

On Friday, the Treasury Department convened one of its semi-regular, invitation-only background press briefings for journalists. Senior Treasury officials spoke to us, answered our questions, and showed us a “deck,” which is annoying industry jargon for a PowerPoint presentation. “I just know this is going to be a fucking waste of time—another dog-and-pony show,” another journalist told me on our way into the meeting. The central message of the dog-and-pony show was that the US response to the 2008 financial collapse was pretty effective, especially when compared to how other countries reacted to different crises. The PowerPoint presentation used terms like “bank investment programs,” but what the Treasury gang was talking about was the highly unpopular financial bailouts (as opposed to the auto bailouts, which the Obama team views as a political winner).

The Treasury officials said many true things. It’s certainly possible that if the government hadn’t acted quickly, the 2008 financial crisis could have been as disastrous as the Great Depression. Many of the bailouts—or “rescues,” as Treasury calls them—have resulted in net gains for the taxpayers. (The current value of the government’s shares in AIG, for example, exceed the amount of money it has yet to recover from that bailout.) The Treasury is right that countries confront major economic crises frequently and that the United States will probably face one again. And it’s legitimate for the Obama administration to worry that its successors will look at the interventions made in the markets in 2008 and fear that such action is not worth the immense political costs. Consequently, they discern the need to get good press for these bailouts.

The journalists in the room justifiably focused their questions on things that the Obama administration and the Treasury Department have not done well enough: helping struggling homeowners, lowering unemployment, and moving towards a financial order where these sorts of crises are no longer inevitable. The Treasury folks mostly wanted to talk about how successful the bailouts were. But they made that argument in a no-direct-quotes, no-television, you-can’t-even-say-our-names briefing for 20 or so journalists on a Friday afternoon. In other words, in a manner that would not associate them too closely with this argument. They did it in this fashion because they want to influence our future reporting (a fair-enough desire). But they don’t want to take on the political challenge of directly defending their massively unpopular actions in the public eye.

Senior Treasury officials clearly believe that the financial sector bailouts were a brave choice that worked out as well as anyone could have hoped, and they said as much on Friday. I’m bound by the agreement not to quote any of them directly.

But when asked about the bank bailouts in public, Obama and top administration officials usually mention that the Bush administration launched the bailouts, talk about them as something America “had” to do, and change the subject as quickly as possible. One example is Obama’s 2010 State of the Union address. “If there’s one thing that has unified Democrats and Republicans, and everybody in between, it’s that we all hated the bank bailout,” Obama said. “I hated it. I hated it. You hated it. It was about as popular as a root canal.” He went on to describe the bailout as a “necessary” step taken by “the last administration,” arguing that “if we had allowed the meltdown of the financial system, unemployment might be double what it is today,” with more businesses closed and more homes lost.

In that speech, the bailout was the equivalent of cutting off your hand when it’s caught under a bolder and you’re dying of thirst: a terrible thing to which there was no alternative. That’s a bit at odds with how senior Treasury officials spoke about the bailouts on Friday: a wise choice that worked out better than anyone could have anticipated, and a program that makes the administration proud. That appraisal is not on the record.