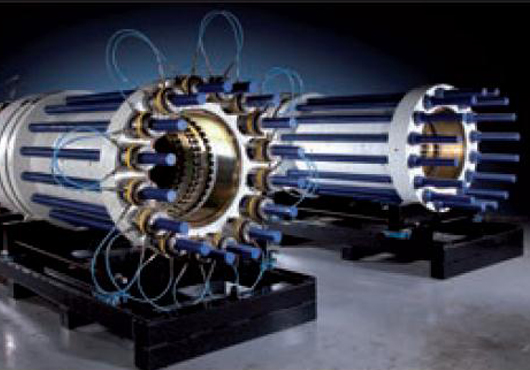 The high performance products are designed to be simple and reliable to install with key diver-friendly design features, including “hands-clear” activation and external pressure test. No connector has ever proved impossible to install subsea, and none have ever failed in service. Hydratight’s Mechanical Connectors boast a 100% leak-free in-service record with over 2500 Connectors deployed to date.

For over 30 years, Hydratight’s innovative products and services have ensured the integrity of all types of flanges and mechanical connectors. Hydratight can trace its roots back to 1901 when the Sweeney business was founded in the United States. The company’s first torque tools appeared on the scene in 1949.

The U.S. Energy Information Administration said in a report that it estimates that U.S. natural gas pipeline companies added about 2,400 miles of new pipe to the grid as part of over 25 projects in 2011.

By convention, the industry expresses annual capacity additions as the sum of the capacities of all the projects completed in that year. By this measure, the industry added 13.7 billion cubic feet per day (Bcf/d) of new capacity to the grid in 2011. The six largest projects put into service in 2011 added 1,553 miles and about 8.2 Bcf/d of new capacity to the system. Much of this new capacity is for transporting natural gas between states rather than within states. Golden Pass, Ruby Pipeline, FGT Phase VIII, Pascagoula Expansion, and Bison Pipeline projects added 6.1 Bcf/d, or about 80%, of new state-to-state capacity.