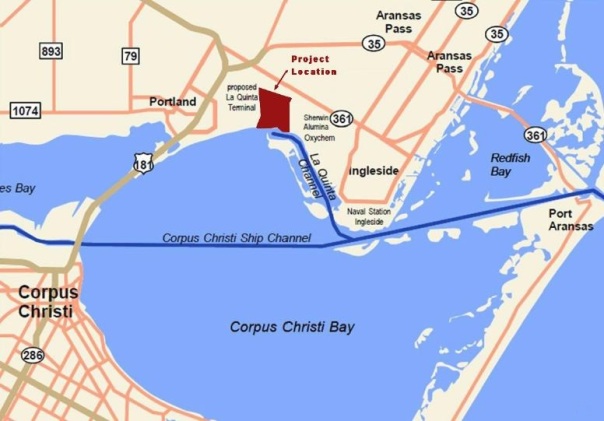 Pangea LNG will be authorized to export up to 8 million metric tons per annum (mtpa) of LNG produced from domestic gas fields for a 25-year term commencing on the date of its first export. That amount is equal to 1.09 Bcf/day of natural gas.

Pangea LNG has also filed an application with DOE requesting authorization to export LNG to any country with which the U.S. does not have a free trade agreement in effect. That application, which was filed in December, is pending.

“Approval by the US DOE is a positive step forward for this project, which represents a significant investment in the development of the LNG market in the U.S.,” said John Godbold, Pangea LNG project director. “Exporting LNG will help stabilize U.S. natural gas prices, grow and sustain drilling and production jobs, and stimulate additional investment in developing the country’s gas reserves.”

DOE approval of FTA authorization is part of the regulatory process necessary to develop Pangea LNG’s new LNG export terminal on a 550-acre site. The site is located on the 45-foot deep La Quinta Ship Channel which is part of the Port of Corpus Christi, the sixth busiest U.S. seaport in terms of tonnage.

The South Texas LNG Project is subject to federal, state and local regulatory approvals with the Federal Energy Regulatory Commission (FERC) acting as the lead federal agency. Pangea will begin the FERC pre-filing process by the second quarter of 2013 and expects the project to be in operation by at least 2018.

Pangea LNG B.V. is a holding company with two major LNG export projects under development – the South Texas LNG Export Project on the Texas Gulf Coast and the Tamar Project in the Eastern Mediterranean. Pangea LNG is a developer of liquefaction projects which are designed to accelerate and support the monetization of gas reserves. 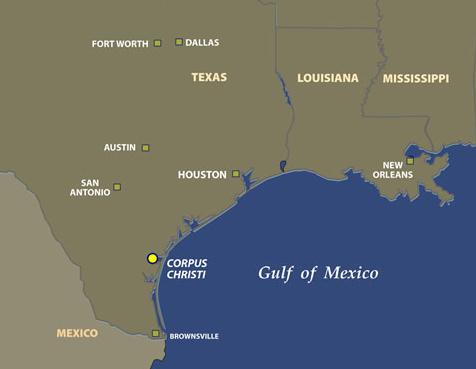 Pangea LNG Holdings announced that it has begun the process of seeking approvals necessary to build a liquefied natural gas export facility on Corpus Christi Bay in South Texas.

Pangea has filed an application with the U.S. Department of Energy seeking authority to export up to eight million metric tons per year of liquefied natural gas to all current and future countries with which the U.S. has a Free Trade Agreement and intends to quickly file a similar application for LNG exports to any country with which the U.S. does not have a Free Trade Agreement in effect.

The project is located in the city of Ingleside on the La Quinta Ship Channel which is part of the Port of Corpus Christi. The project will be known as South Texas LNG Export.

South Texas LNG Export will be located on a portion of a 550-acre site which includes half a mile of frontage on the federally-maintained deepwater ship channel. Pangea has had the site under option since June. A separate pipeline project would connect the LNG plant to the extensive interstate and intrastate natural gas transmission pipeline network in South Texas.

Pangea LNG is an energy project and investment company involved in the development of LNG liquefaction and storage projects around the globe including an offshore floating LNG liquefaction project in the Eastern Mediterranean Sea.

John Godbold, project director for Pangea LNG, said an intensive project feasibility and preliminary design process is now underway on the South Texas project. The assessment is being conducted by CB&I, a leading international engineering, procurement and construction company.

The South Texas LNG Export project will require federal, state and local regulatory approval. The U.S. Federal Energy Regulatory Commission (FERC) is the lead agency in the permitting process. If this process moves forward on schedule the South Texas LNG terminal could be in operation by 2018.

The South Texas project is the second LNG liquefaction project being developed by Pangea LNG companies. Levant LNG Marketing, a Pangea subsidiary, completed an extensive pre-FEED (preliminary front end engineering design), is finalizing commercial agreements and will start FEED engineering shortly on the Tamar Project which will export LNG from the Tamar and Dalit fields in the Eastern Mediterranean, 60 miles offshore from Israel.

That facility will be a permanently moored offshore floating natural gas liquefaction vessel with onboard LNG storage. The self-contained operation will be the first floating LNG export project in the Mediterranean basin. A final investment decision on the Tamar Project is expected by the second half of 2013.