Niko Resources Ltd. has announced start of its exploration drilling program in Indonesia and participation in the company’s twenty-first block in the country.

Niko will partner with Zaratex N.V. in the 5908km2 Lhokseumawe PSC in western Indonesia. The block is located directly adjacent to the giant Arun field (>3.1BBOE) and associated LNG plant. A 3865km2 3D program was acquired on the block and a number of high impact prospects were subsequently identified. Drilling is to commence in the shallow water portion of the block in April with two wells. The Candralila-1 and Ratnadewi-1 prospects will be drilled back to back and if successful will be monetized relatively quickly by accessing the existing extensive local infrastructure.

Niko’s deep water rig, the Diamond Ocean Monarch, is scheduled to arrive in Lhokseumawe in September to drill the Jayarani-1 well. This will be the first well in Niko’s planned program of more than 25 deep water wells in Indonesia. In addition, in the North Ganal PSC in which Niko is a participant, operator Eni will be using the Transocean Seven Seas to drill the Lebah-1 well in the second half of 2012. The Lebah prospect will test the extension of the Jangkrik and Jangkrik-NE discovery trend (>400MMBOE of reserves to date). Eni has already filed a POD for the development of these discoveries and first production is expected in 2015.

Comments Off on Niko’s Drilling Program in Indonesia Kicks Off

Keppel AmFELS, a shipyard strategically located at the gateway of the Gulf of Mexico, Brownswille, Texas has secured a contract from Diamond Offshore to construct and upgrade a moored semisubmersible rig with delivery scheduled for 3Q 2013. The estimated shipyard contract price is approximately US$150 million.

The rig, to be named Ocean Onyx, will be constructed from an existing hull from a Diamond Offshore cold stacked unit, which previously operated as the Ocean Voyager.

Keppel AmFELS’ scope of work on the Ocean Onyx includes the reconstruction of the rig, installation of advanced equipment such as a modern drilling package, and installation of sponsons to the pontoons to enhance the stability of the rig in deepwater. The rig will be designed to operate in water depths of up to 6,000 feet and will have a variable deck load of 5,000 long tonnes, a five-ram blowout preventer, and quarters capacity for 140 personnel.

Mr Larry Dickerson, President and CEO of Diamond Offshore, said, “We have worked with Keppel for more than a decade, and our rigs have consistently been delivered on time and within budget, whether in the US or Singapore. With Keppel’s track record as a leading offshore yard, we are confident that this project will also be a success.”

Mr Tan Geok Seng, President of Keppel AmFELS, said, “We are pleased to be able to embark on another major rig project for Diamond Offshore, who has worked with Keppel on more than 20 projects since 1996. Diamond’s rigs are sent regularly to our yards around the world for maintenance, repair and upgrade, and Keppel AmFELS has proven to be their choice yard in the US Gulf of Mexico. Having built a long-term partnership with Diamond, we understand the company’s needs and are confident of delivering another high quality rig to their satisfaction.” 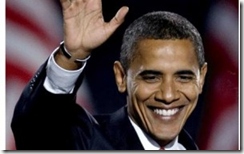 Near the end of the 2008 presidential campaign, Barack Obama — knowing he would win — told his supporters that they were just days away from “fundamentally transforming the United States of America.” Radio host Dennis Prager was one of the few to quickly home in on that quote and wonder what should have been obvious to everyone listening: Why would a man who loved and respected his country want to “fundamentally transform” it?

That’s like telling your spouse, Prager said (paraphrasing): “I love you, baby. But we need to fundamentally transform the way you look, act and think.” How might your spouse take such a statement? Mine would not take it well — for good reason (and in the reverse, too). If you love someone, or something — like your country — you don’t want to “fundamentally transform” it. That choice of words by Obama is telling, in retrospect.

So take Obama’s words at face value, and weigh them with how he has acted and governed as president since January 2009. Make your own judgments. Draw your own conclusions. But that famous Obama victory-is-at-hand quote came to mind when I read this post at the Power Line blog: “Obama’s ‘Industrial Sabatoge’ Devastates the Gulf.”

John Hinderaker points to a post at MasterResource, “a free-market energy blog.” Kevin Mooney “tabulates the damage that the Obama administration is doing to the Gulf economy, and to the energy industry generally”:

Several of the remaining rigs could be relocating soon, according to the report. These include the Paul Romano, the Ocean Monarch and the Saratoga. Moreover, eight other rigs that were planned for the Gulf have been detoured away, Don Briggs, President of the Louisiana Oil and Gas Association (LOGA), points out.

Through every action — from driving out American rigs from American waters in the Gulf, to shutting off access to oil reserves in Alaska and elsewhere, to refusing to allow a pipeline from Canada to American refineries, to hyping the phony dangers of “fracking” for shale gas — the left wants to end domestic exploration and extraction of all fossil fuels. They want to centrally plan our economy dramatically downward into a “green” fantasy — one that is unsustainable if we wish to retain our standard of living and place in the world as a leading economic engine.

That MasterResource post Hinderaker highlights quotes Bonner Cohen of the National Center for Public Policy Research. Cohen expands on what he sees as the “broader devastation being wrought by the Obama administration’s energy policies.”

“What you are seeing in Louisiana is only a small piece of larger mosaic being put together by the Obama Administration to make affordable energy as inaccessible as possible,” Cohen said. “From the administration’s war on coal to the serious consideration it is giving to imposing a nationwide regulation of hydraulic fracturing, to its shut down of deepwater drilling in the Gulf of Mexico, to its ‘endangerment finding’ from the EPA, the administration is practicing its own form of selected industrial sabotage.”

Hinderaker writes: “If a hostile nation drove our drilling rigs out of the Gulf of Mexico, it would be an act of war.” Harsh, but it’s hard to call it false. Other countries, some hostile to the United States, are swooping into the Gulf to drill for the energy they need. We are purposely, through government policy, surrendering the ground — driving away U.S. firms and all the jobs that go with them.

And Obama, and his administration, could hardly care less. It’s actually the plan.