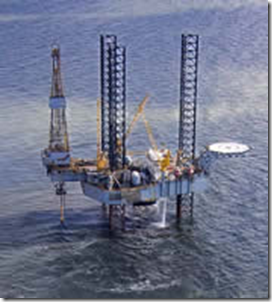 Leni Gas & Oil plc today announces the imminent arrival of the Ocean Columbia jack-up rig at the Eugene Island Field in the US Gulf of Mexico.

As previously announced in December 2011 the Company has approved additional drilling at the Eugene Island-184 leases operated by Marlin Energy LLC (“Marlin”) where LGO holds a 7.25% working interest.

Marlin has informed LGO that the rig is now being released by the previous operator and it is expected to be mobilized to the Eugene Island platform shortly. The rig move is weather dependent; however, the operator anticipates commencing drilling operations next week.

The first planned operation is the A-2ST01 well, a sidetrack of the existing A-2 well, which targets reserves in the Tex X2 sandstones. A total of 16 days have been budgeted for the drilling and evaluation. Further drilling and recompletions work at EI-184 is expected to follow the A-2ST01 well.