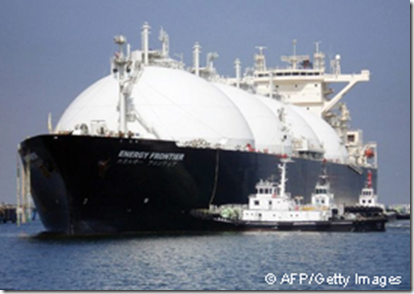 UK military leaders have raised concerns that more than 80 per cent of the UK’s liquefied natural gas imports would be halted if Iran made good its threat to block the Strait of Hormuz.

Ministers and senior military figures have been warned that almost half the UK’s gas imports, and 84 per cent of its LNG imports, use the waterway, say people within the Ministry of Defence and the Department of Energy and Climate Change.

Since December, Iran has repeatedly threatened it would block the critical shipping lane at the mouth of the Gulf if its oil exports were blocked. One-fifth of the world’s oil and one-third of its LNG passes through the strait.

Lord West, former head of the Royal Navy and security adviser to Gordon Brown when the latter was prime minister, told the Financial Times that, if the strait were blockaded, the sharp fall in the UK’s gas supplies would be the country’s single most critical issue.

“I have no doubt at all that this would be the biggest problem for us,” Lord West told the Financial Times, adding that the UK would also have to weather the economic fall-out from higher global oil and gas energy prices if shipping through the strait was interrupted.

The risk has risen as refiners have stopped buying Iranian oil ahead of the expected decision to enforce sanctions in response to Tehran’s attempts to develop a nuclear arms programme.

“In strategic terms, the issue with the Iranians is not so much about nuclear, it’s about the fact that they have an election in 2013. What they are trying to do is create a state of crisis and emergency, which I think will lead them to defer the election because they know they are going to get hammered unless they are able to rig it,” he said. Mr Parry said in an interview.

For the UK, that would mean an interruption of gas supplies from Qatar, which has no viable export alternative to the strait.

Since 2010, the UK’s gas imports from Qatar have risen 67 per cent, while those from Norway are down 17 per cent and the UK’s North Sea supplies have continued to dwindle. From August to October last year, the most recent period for which the DECC has data, all the UK’s LNG imports – or 46 per cent of its total gas demand – came from Qatar.

Less than 1 per cent of the UK’s oil imports travel through the strait.

The DECC said: “We are aware of the importance of Hormuz, both in terms of oil and LNG imports to the UK. We are therefore working across Whitehall on this issue. Relevant ministers have been briefed.”

Other countries are far less vulnerable than the UK, in large part because they have a more diverse pool of suppliers and more storage capacity.

Frank Harris, analyst at Wood Mackenzie, the energy consultancy, said the UK’s storage levels were high thanks to the mild winter, but he warned that the country was far behind others, such as Japan, in minimising its energy vulnerability.

“There is a lesson for UK plc here: unless you are going to start buying contractual gas on a firm basis from a diverse portfolio of suppliers, you are going to risk ending up in this situation again.”

Comments Off on Military warns gas imports at risk