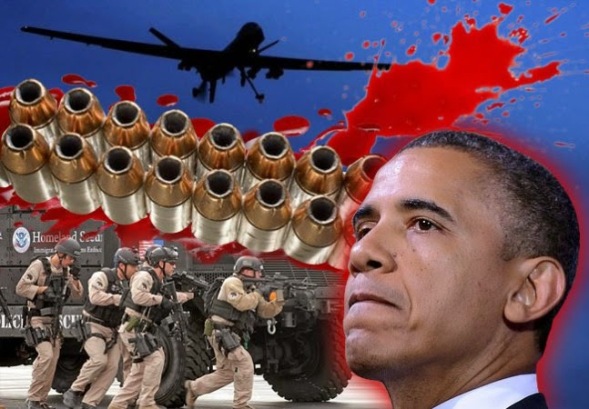 While the “use of armed [unmanned aircraft systems] is not authorized,” The Washington Times uncovering of a 2010 Pentagon directive on military support to civilian authorities details what critics say is a troubling policy that envisions the Obama administration’s potential use of military force against Americans. As one defense official proclaimed, “this appears to be the latest step in the administration’s decision to use force within the United States against its citizens.” Meet Directive 3025.18 and all its “quelling civil disturbances” totalitarianism…

As The Washington Times reports,

Directive No. 3025.18, “Defense Support of Civil Authorities,” was issued Dec. 29, 2010, and states that U.S. commanders “are provided emergency authority under this directive.”

“Federal military forces shall not be used to quell civil disturbances unless specifically authorized by the president in accordance with applicable law or permitted under emergency authority,” the directive states.

“In these circumstances, those federal military commanders have the authority, in extraordinary emergency circumstances where prior authorization by the president is impossible and duly constituted local authorities are unable to control the situation, to engage temporarily in activities that are necessary to quell large-scale, unexpected civil disturbances” under two conditions.

The conditions include military support needed “to prevent significant loss of life or wanton destruction of property and are necessary to restore governmental function and public order.” A second use is when federal, state and local authorities “are unable or decline to provide adequate protection for federal property or federal governmental functions.”

A U.S. official said the Obama administration considered but rejected deploying military force under the directive during the recent standoff with Nevada rancher Cliven Bundy and his armed supporters.

“Federal action, including the use of federal military forces, is authorized when necessary to protect the federal property or functions,” the directive states.

Military assistance can include loans of arms, ammunition, vessels and aircraft. The directive states clearly that it is for engaging civilians during times of unrest.

There is one silver lining (for now)…

“Use of armed [unmanned aircraft systems] is not authorized,” the directive says.

And the full Directive is below…

Comments Off on Meet Directive 3025.18 Granting Obama Authority To Use Military Force Against Civilians