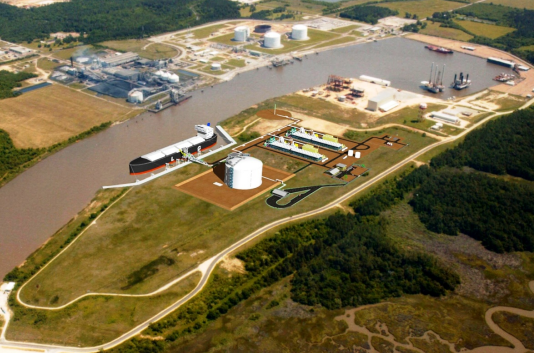 The company expects to make a final investment decision to move forward with the project in late 2014, after it secures permits and completes financing. The mid-scale LNG facility would be located on 90 acres at the port’s Industrial Canal, off the Calcasieu Ship Channel. Magnolia LNG would produce 4 million metric tons of liquefied natural gas per year, and construction would begin in 2015 pending the company’s attainment of permits and final financing.

Gov. Jindal said, “Magnolia LNG’s decision to move forward in developing a new LNG facility is great news for our state. Magnolia is the latest company that is choosing to invest in Louisiana because we have one of the best business climates in the country and we are continuing to foster an environment where companies want to create jobs.

“We’ve fostered a strong business climate because we have overhauled our ethics laws, revamped workforce development programs, eliminated burdensome business taxes, instituted reforms to give every child an opportunity to get a great education, and now we are taking on tax reform in order to make Louisiana the best place in the world for businesses to invest and create jobs for our people. In addition to our strong business climate, Louisiana’s abundance of natural gas, pipelines and accessible waterways, as well as our outstanding workforce, were key factors in Magnolia’s decision to choose our state. Facilities like these will help create and sustain thousands of jobs in the energy industry across our state and will ensure quality jobs for Louisiana families for years to come.”

Magnolia’s project would be positioned for direct access to several existing gas pipelines. Using its patented Optimized Single Mixed Refrigerant process, or OSMR™, Magnolia LNG would produce liquefied natural gas more efficiently with fewer emissions than other LNG processes. OSMR adds conventional combined heat and power technology with industrial ammonia refrigeration to enhance the performance of the liquefaction process. Magnolia LNG would distribute to domestic markets as well as countries that have free trade agreements with the U.S. The company also will explore a potential expansion to 8 million metric tons per year in the future.

“Southwest Louisiana’s attractive infrastructure and strong workforce made Lake Charles an ideal location for our planned facility,” Brand said. “We especially want to thank the Port of Lake Charles Commission for their partnership in identifying such an ideal location for this project. Whilst the company remains focused on securing the appropriate contracts, agreements and permits, we expect to commence construction of our first U.S. venture by 2015.”

Magnolia LNG will seek federal Department of Energy free trade agreement approval in 2013. The company will submit a pre-filing application to the Federal Energy Regulatory Commission in March, before it completes the selection of project partners by June 2013. The company plans to begin hiring in early 2015, with commercial operations to begin in 2018.

“The Port of Lake Charles has been able to provide a unique combination of location, infrastructure and transportation capabilities to help bring this project to the region,” said Port Executive Director Bill Rase. “Magnolia LNG will be a significant and welcome addition to Southwest Louisiana’s energy corridor. The Port’s staff and board of commissioners look forward to doing business with the company.”

LED began working with Magnolia LNG in late 2012. The company’s proposed 90-acre site would include a long-term lease with The Port of Lake Charles. When Magnolia decides to proceed with construction, the company is anticipated to make use of LED incentive programs, such as the Quality Jobs Program and Industrial Tax Exemption Program.

“This project is another demonstration of our capacity for strengthening Southwest Louisiana and the state to become a stronger energy producer,” said President and CEO George Swift of the Southwest Louisiana Economic Development Alliance. “We are appreciative of Magnolia LNG to make this investment in our region and for the Port of Lake Charles to once again to serve as the catalyst for this project. We look forward to their final investment decision next year.” 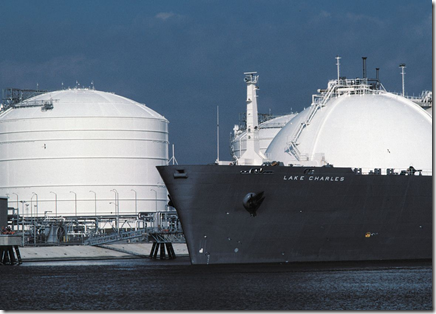 The Lake Charles liquefaction project is being developed to liquefy domestic supplies of natural gas for export to foreign countries in order to meet the growing world-wide demand for LNG. Exporting LNG to the world market will provide a wide range of economic and employment related benefits for the United States.

Energy Transfer and its subsidiaries continue to work closely with its customer BG Group in the development of the project, ETE said in a statement.

As part of the project, Trunkline Gas Company plans to extend its interstate natural gas pipeline approximately half a mile to provide feed gas to the liquefaction facility. The project is currently planned to export up to 15 million metric tons of LNG per year, which is the equivalent of approximately 2 billion cubic feet per day of natural gas. Pending regulatory approvals, Trunkline LNG Export currently expects to begin project construction in 2014 and is anticipating the project to be in service in the spring of 2018.

“As was just announced, we are pleased that BG Group plc has again affirmed its commitment to pursuing our joint export application to develop and install liquefaction facilities at the Lake Charles terminal to export LNG. Even as we move forward with the announced sale of the Company, we continue to work hard with BG, our longstanding partner, to ensure that Lake Charles will become the premier U.S. exporting site.”

Southern Union Company, headquartered in Houston, is one of the nation’s leading diversified natural gas companies, engaged primarily in the transportation, storage, gathering, processing and distribution of natural gas. The company owns and operates one of the nation’s largest natural gas pipeline systems with more than 20,000 miles of gathering and transportation pipelines and one of North America’s largest liquefied natural gas import terminals, along with serving more than half a million natural gas end-user customers in Missouri and Massachusetts. For further information, visit http://www.sug.com .