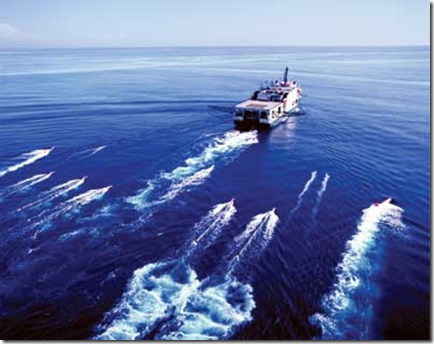 The Obama administration will announce Wednesday that it is advancing a plan to allow new seismic research designed to help identify hidden pockets of oil and gas in Atlantic waters along the East Coast.

The move by the Interior Department is the beginning of a long path that eventually could lead to new offshore drilling off the coast from Delaware to Florida.

Senior administration officials who spoke exclusively to the Houston Chronicle confirmed the plan on condition they not be identified ahead of the official announcement.

The plan could mean new work for Houston-based seismic firms, which likely would conduct some of the first such surveys of the region in decades.

The announcement comes as President Barack Obama tries to assuage concerns about rising oil and gasoline prices ahead of the November election, amid Republican criticism that his energy policies have sent costs higher.

The administration had signaled plans to allow Atlantic seismic research before the 2010 Gulf of Mexico oil spill stalled approval of offshore activities.

Interior Secretary Ken Salazar will announce the plan in Norfolk, Va. at Fugro Atlantic, a company that conducts geotechnical and marine research.

Future seismic research in the Atlantic waters could help guide decisions about where to allow drilling leases and equipment that generates renewable energy, such as wind turbines.

But it would be at least five years before the government sold any leases in Atlantic waters. Interior Department plans governing those decisions through 2017 do not include lease sales  in the region.

Geological research uses seismic waves to map what lies underground or beneath the ocean floor. The shock waves — which some environmental advocates say may harm marine life — map the density of subterranean material and can gives clues about possible oil and gas.

Seismic studies also help identify geologic hazards and archaeological resources in the seabed —  information useful in determining the placement of renewable energy infrastructure as well as oil and gas equipment.

Energy companies use the data to plan where to buy leases and how to prioritize projects. But they know little about what lies below federal waters along the East Coast. Existing seismic surveys of the area are more than 25 years old and were conducted with now-outdated technology.

Oil industry officials have downplayed the significance of allowing seismic surveys along the Atlantic Coast, noting the government makes no guarantee that it will let them drill. That skepticism also could limit the market for seismic research firms.

But the administration has said that collecting the data for different regions — even if they aren’t targeted immediately for development — is key to understanding their potential. Obama asked the Interior Department to speed up its search for Atlantic resources in May 2011.

Wednesday’s action takes the form of a federally required draft statement on the environmental effects of seismic surveys in the outer continental shelf along the East Coast.

The public will have a chance to weigh in on that draft environmental impact statement during hearings along the East Coast.