Expert witnesses testifying during Tuesday’s House Energy and Commerce Committee’s Subcommittee on Energy and Power hearing agreed that the United States has plentiful supplies of natural gas, underscoring the ability and need to expand domestic use and move forward with exporting liquefied natural gas (LNG).

Here’s what they had to say:

Daniel Yergin, IHS: “While markets and economics will eventually determine the realistic scale of U.S. exports, one also has to take into account wider considerations in assessing policy regarding future LNG exports. For decades, the United States has made the free flow of energy supplies one of the cornerstones of foreign policy. It is a principle we have urged on many other nations. How can the United States, on one hand, say to a close ally like Japan, suffering energy shortages from Fukushima, please reduce your oil imports from Iran, and yet turn around and, on the other, say new natural gas exports to Japan are prohibited?”

Adam Sieminski, Energy Information Administration (EIA): “Cumulative production of dry natural gas from 2011 through 2035 in the AEO2013 Reference case is about 8 percent higher than in AEO2012, primarily reflecting continued increases in shale gas production that result from the dual application of horizontal drilling and hydraulic fracturing.”

Comments Off on Experts Agree: U.S. Can Move Forward with Exporting LNG 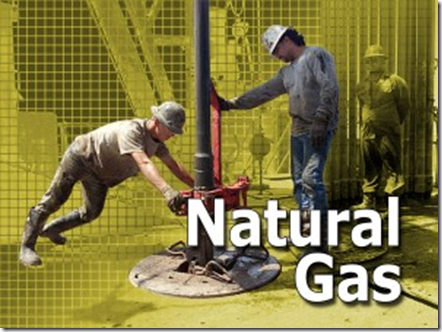 Virginia-based Dominion Resources Inc. is seeking to export 1 billion cubic feet per day through a terminal it owns in Maryland.

A previous legal settlement dating to the 1970s gives the Sierra Club the ability to reject any significant changes to the purpose or footprint of the existing natural gas terminal in Cove Point,
Md.

The environmental group says the export project could result in major damage to the Chesapeake Bay and nearby Calvert Cliffs State Park in Maryland.

Dominion says the Cove Point terminal is well-situated to export gas from the prolific Marcellus Shale region, which lies beneath Pennsylvania, New York, West Virginia, Ohio and other states.

“The damage that this project would bring to the Maryland coast as well as the disastrous effects of the fracking boom on communities in states like Pennsylvania make it clear that exporting liquefied natural gas is bad news for Americans’ air, water and health,” said Michael Brune, executive director of the
Sierra Club.

Exporting liquefied natural gas, or LNG, would drive up the cost of domestic natural gas, Brune said, reversing the effects of a natural gas boom that has driven U.S. prices to 10-year lows.

Thomas F. Farrell II, president and CEO of Dominion Resources, said the company intends to go forward with the project.

“We have reviewed the various regulations, agreements and rulings from various regulatory bodies governing the site and are confident that we will be able to locate, construct and operate a liquefaction facility at Cove Point,” Farrell told reporters.

Dominion will design the plant to minimize damage to the environment, Farrell said.

The dispute over the Maryland plant comes as federal regulators have approved the first large-scale natural gas export facility in the United States.

The Federal Energy Regulatory Commission cleared construction of the Sabine Pass LNG terminal in Cameron Parish, La., last week. The facility, owned by Houston-based Cheniere Energy Inc., will chill natural gas into a liquid that can be shipped on tankers, allowing U.S. producers to export natural gas overseas for potentially huge profits. An existing LNG import facility at the Louisiana site will be converted also to handle imports.

The push for exports represents a turnaround from just a few years ago, when U.S. companies were seeking to build LNG terminals that would receive natural gas from other countries.

Those plans changed as improved drilling techniques, such as hydraulic fracturing and horizontal drilling, allowed drillers to gain access to natural gas wells that were hard to reach in the past.

Hydraulic fracturing, also called fracking, involves blasting mixtures of water, sand and chemicals deep underground to stimulate the release of gas. It is often combined with horizontal drilling, which can increase production far beyond a vertically drilled well.

Brune, of the Sierra Club, called on the Energy Department to review potential dangers of fracking. No federal agency has fully analyzed or disclosed such dangers to the public, he said.

Gas companies say fracking has been used safely for decades.

(Copyright 2012 by The Associated Press. All Rights Reserved.)Source

Oil in, gasoline out, and U.S. benefits

For the first time in six decades, the U.S. is exporting more gasoline and diesel fuel than it imports.

That, if you believe the critics, shows that the Keystone XL pipeline, which would ship crude oil from Canada to Gulf Coast refiners, is an export scam. In other words, the oil that Keystone would bring in will simply be refined and shipped out again, so the whole project is nothing more than a ploy in which U.S. refiners boost profits by tapping lucrative foreign markets.

Gasoline exports, though, have little to do with the Keystone pipeline and America’s long-term energy needs. Exports of refined products have indeed surged in the past three years as domestic demand slipped because of the weak economy. The U.S. exported more than 600,000 barrels a day of refined products, mostly gasoline and diesel fuel, in 2010, up from 100,000 barrels in 2003, according to the U.S. Energy Information Administration.

Refiners have a couple of ways they can respond to lower demand for their products: cut production or seek new markets. Sunoco, for example, said in September it was selling its refining business because weak demand and higher crude prices have eroded profits.

But those that want to stay in the business can lay off workers and weather the slump or keep people employed by selling fuel elsewhere.

And where do they sell it?

As of mid-October, about 60 percent of U.S. gasoline exports went to Mexico, according to Energy Information Administration data. The next two biggest recipients were Canada and Brazil.

Canada, meanwhile, is our biggest source of foreign oil, even without the Keystone pipeline, and Mexico supplied about 12 percent of our monthly imports as of October. Brazil supplied about 2 percent.

So U.S. companies are taking the oil supplied by these countries, refining it, and selling it back to them at a higher price, supporting thousands of refining jobs in the process. They also avoid shutting down and later restarting all or part of their refineries, which can be expensive and dangerous.

It may not be a great deal for Canada and Mexico, but it’s a better alternative for a struggling U.S. economy than idling more workers.

We could, of course, curtail our crude imports from Mexico and Canada, and cut off the exports of refined products. That wouldn’t make much sense because gasoline is more expensive than crude. In other words, we benefit from the added value of U.S. manufacturing.

As for the Keystone pipeline, U.S. gasoline demand probably will have returned to pre-recession levels by the time it gets built, if it does. As domestic demand returns, exports of refined products will decline to what they were a decade ago.

The purpose for the pipeline, though, isn’t to respond to short-term issues of demand. The pipeline is about securing access to long-term supply, not about short-term market reactions.

As I’ve argued for years now, our energy strategy, if we ever decide to adopt one, has to focus on oil supply, not just price. As the available pool of crude in the world market gets divided among more countries with increasing demand, controlling supply is going to be vital for the United States.

The U.S. will remain energy interdependent, not independent. We may be, at the moment, a net exporter of gasoline, but we remain a net consumer of crude oil, and we will for decades to come.

Having the capacity to buy oil from friendly neighbors like Canada makes a lot of sense, and if in the meantime we get to sell back a higher-value product that we make from their raw materials, so much the better.