Ezra Holdings Limited (Ezra, the Group), a leading global offshore contractor and provider of integrated offshore solutions to the oil and gas (O&G) industry, today announced that its subsea construction division, EMAS AMC, has secured contracts worth more than US$65 million, including options, for projects in the Gulf of Mexico and West Africa.

The Gulf of Mexico work will see EMAS AMC introduce the Lewek Falcon, a versatile subsea construction vessel, into the Gulf of Mexico for a long-term campaign on the Walker Ridge Gathering System (WRGS), which is an ultra-deep (2500 metres) setup to provide natural gas gathering services. The scope of work will consist of the transportation and installation of suction piles, manifolds and jumpers along with pipeline pre-commissioning support, and work is expected to commence first half of 2013.

Mr Lionel Lee, Managing Director of Ezra Holdings, said: “These project wins demonstrate that our subsea focus is paying off. We have been building a strong track record for our subsea construction division the past year, with past and recent project awards in remote areas and ultra-deep waters. Our continuous investment in people and key assets will reinforce our ability to efficiently and reliably support our growing global client base.”

EMAS, a leading global offshore contractor and provider of integrated offshore solutions to the oil and gas (O&G) industry and operating brand for Ezra Holdings Limited announces two further contract awards worth a total of approximately US$131.5 million.

EMAS’s fabrication division, recently rebranded as TRIYARDS, has been awarded a US$76.5 million contract to fabricate and deliver a self-elevating mobile offshore platform/unit for a client based in Asia Pacific. The unit will be manufactured by the Group’s fabrication division’s yard in Vung Tau, Vietnam, the Group’s second yard facility in country. The fabrication division provides fabrication and vessel design as well as engineering services and has previously built one of the world’s largest self propelled jack-up rigs of its kind.

In a separate announcement EMAS reported its subsea division, EMAS AMC, has been awarded a US$55 million contract for SURF (subsea umbilicals, risers and flowlines) installation and pipe lay from Statoil for work in the North Sea.

Mr Lionel Lee, EMAS’s Managing Director, said: “Our continued stream of new contract wins across the globe by our various divisions validates our internationalisation strategy. We had identified subsea services for our next phase of growth, and since our strategic acquisition of Aker Marine Contractors last year to form EMAS AMC, we have been able to push our Group orderbook to almost US$2 billion in a short span of a year.

“The offshore energy industry is increasingly recognising EMAS as a trusted global player. Our contracts now come from beyond Asia Pacific, and include the challenging environments of the Gulf of Mexico and the North Sea. I am extremely delighted with the momentum and track record we have achieved, and I am confident we will be able to sustain this growth with all our divisions competing for projects around the world.”

EMAS recently announced the award of a US$70 million contract (with options valued at US$30 million) from Apache Energy Limited, allowing EMAS AMC to achieve its US$1 billion subsea orderbook target ahead of time. 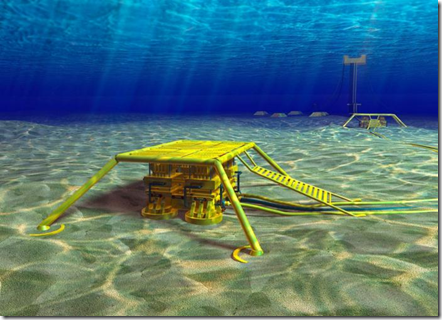 EMAS AMC, has been awarded a SURF (Subsea, Umbilical, Risers and Flowlines) contract for marine installation and pipe lay from Statoil valued at approximately US$55 million. The subsea development, Fram H-Nord, is situated in the Troll C/Fram area in the northern part of the North Sea.

“We are very pleased to be awarded this contract from Statoil as it’s a major milestone for EMAS AMC. This demonstrates our abilities as an EPIC SURF player, and our capability for delivering complex projects,” says Svein Haug Regional  Head for EMAS AMC (Europe and Africa).

The Fram H Nord subsea development is the third phase of the development of the Fram Field which is tied back to the Troll C Platform. Fram H-Nord will be developed with one satellite well tied back to the existing infrastructure at Fram Vest A2 template via twin flowlines and a control and service umbilical.

The contract scope includes the engineering, procurement, transport and installation of one 10” flexible production and one 4” gas injection flowline both 5.3 km long as well as all activities necessary for the installation of the following:

Engineering, procurement and planning activities will commence immediately, and the offshore work is scheduled to commence in the third quarter of 2013.  Vessels from EMAS AMCs modern construction fleet will be utilized. The contract  will be managed out of EMAS AMC’s Oslo office.