Cal Dive International, Inc. announced that it has recently commenced a two-year charter of the DP saturation diving vessel Kestrel to a major contractor in Mexico to perform repair and maintenance work for Pemex.

Quinn Hébert, President and Chief Executive Officer of Cal Dive, stated, “We are pleased to announce the saturation diving contracts in Australia and the charter of the Kestrel in Mexico. Both awards demonstrate the continued execution of our strategy to geographically diversify outside the U.S. Gulf of Mexico. The charter of the Kestrel is also consistent with our strategy to commit certain assets to long-term contracts that improve visibility. The charter is of additional significance due to the EBITDA improvement it will generate in 2013.”

Cal Dive International, Inc., headquartered in Houston, Texas, is a marine contractor that provides an integrated offshore construction solution to its customers, including manned diving, pipelay and pipe burial, platform installation and platform salvage services to the offshore oil and natural gas industry on the Gulf of Mexico OCS, Northeastern U.S., Latin America, Southeast Asia, China, Australia, the Middle East, West Africa and the Mediterranean, with a diversified fleet of surface and saturation diving support vessels and construction barges. 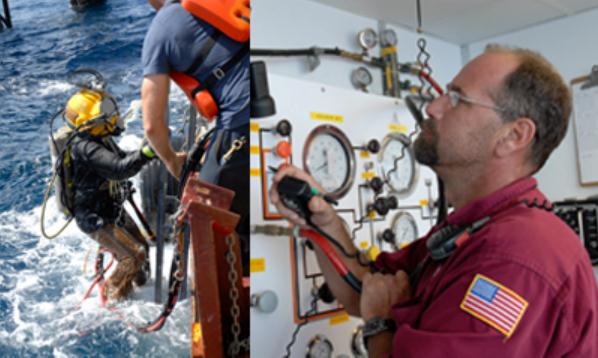 Mark Jeansonne, CEO of Triton Diving Services, said, “The LOD acquisition strengthens Triton’s position as the dominant shallow water (0-300’) commercial diving contractor operating in the Gulf of Mexico. The additional capacity provided by this acquisition will allow us to better serve our customers.”

Beth Lesniak, Vice President of Grey Mountain, said, “With a 20-ton lift capacity, accommodations for 40 crew and a fully functioning machine shop, the Premier Explorer vessel is an excellent addition to Triton’s growing dive service vessel fleet. We look forward to serving customers that have already utilized the Premier Explorer and enhancing our ability to respond to our customers’ current needs in the Gulf of Mexico and abroad.”