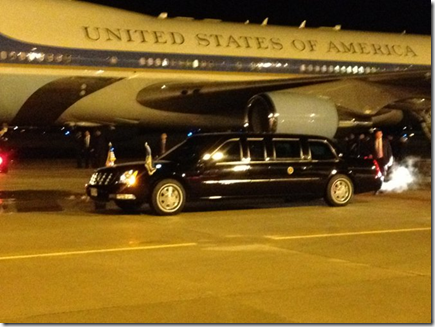 President Obama staging a photo op at the TransCanada pipe yard outside of Cushing today angers members of the Domestic Energy Producers Alliance.

DEPA’s Mike Cantrell says the President has proven for three years that he is against the fossil fuel industry.

“The irony of it is, he’s been unsuccessful because Congress wouldn’t go along with him. And now, he takes credit for the gains we’ve made in oil and gas production which have nothing to do with him and his policies. They’ve (occurred) in spite of him and his policies,” Cantrell said.

DEPA has cancelled plans to stage a protest in or near Cushing during the President’s visit.

“They’ve changed it from campaign visit to a state visit,” says Cantrell. “It’s not open to the  public.”

The President’s press entourage will be bussed from Oklahoma City to the Cushing event so even they wouldn’t come in contact with any protestors.

When asked what he’d say if he had a few minutes with President Obama, Cantrell says, “I’d say, Mr. President, we’d like to visit with you about domestic oil and gas. And that there’s a difference between U.S. domestic energy producers and royalty owners and the big oil companies that you seem to lash out at. But, in your lashing out at them, you have hit us all with your policies.”

Comments Off on Energy producers frustrated with Obama state visit