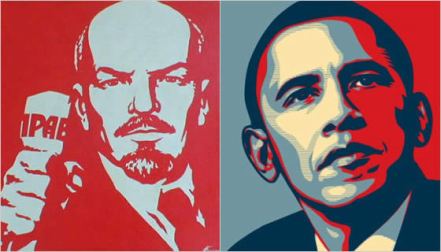 Here’s how the economic and political system of a nation is destroyed.

Every price increase of just a dime per gallon of gasoline at the pump extracts approximately $5 billion from the pockets of U.S. consumers over the course of a year.

On top of killing family budgets, with a dollar per gallon jump at the pumps picking our pockets of $50 billion per year, there is on the macro level an inverse relationship between the price of oil and the overall health of the economy — oil price hikes deliver less job growth, less demand for labor, more unemployment, more poverty, more inequality, more inflation, lower real income increases, and smaller advances in the standard of living.

Additionally, higher oil prices directly cause greater amounts of U.S. capital to be exported, both to pay the higher prices and to pay for the growing levels of imported oil.

In 1985, the U.S. imported 25 percent of its oil usage. Today, it’s 61 percent. And still we are placing restrictions on increases in domestic production, both for oil and other sources of energy.

A few days back, President Obama, rather than sticking around a couple hours to explain to the American people or to the U.S. Congress why we were going to war in Libya, flew off to Brazil to hand out a permit to allow deep sea oil drilling in the Gulf of Mexico to Brazil’s state-run oil company, Petrobras. Capitalist companies in America need not apply.

In earlier days, Rousseff, a former Marxist guerrilla, was charged with running with a gang of redistributionists who accumulated revolutionary capital by way of kidnapping foreign diplomats for ransom.

A top priority for Rousseff today mirrors the “spread the wealth around” objective that Obama stated to Joe the plumber.

Dohrn, just home from a trip to Cuba in 1969 where she hoped to pick up some pointers on how to impose a “classless” society on the United States, displayed her true psychopathic colors in a speech she made to the Weathermen’s “War Council.” Speaking elatedly of the murders by the Charlie Manson gang of actress Sharon Tate, coffee heiress Abigail Folger, and three other people, Dohrn proclaimed, “First they killed those pigs, then they ate dinner in the same room with them, then they even shoved a fork into the victims’ stomachs! Wild!”

That’s the fully hateful Bernardine on public display, seeing herself as a new George Washington, a revolutionary fighter for a new nation. It’s the same role, except this founding mother was in serious need of a super-sized bottle of antipsychotic drugs and a super-tight straight-jacket.

Of all the places for candidate Obama to kick off his political career in 1995 in his first run for the Illinois State Senate, he picked the living room of Bernardine Dohrn and husband Bill Ayers, co-founder of the Weather Underground and, more recently, the national vice president for curriculum studies at the American Educational Research Association.

I’d have kept up my guard when Bernardine sashayed out of the kitchen and began circulating around with the hor dourves and metal forks.

In any case, it’s no surprise that things are coming apart, especially on energy. “If somebody wants to build a coal-fired plant, they can,” pronounced Obama during the presidential campaign. “It’s just that it will bankrupt them because they’re going to be charged a huge sum for all that greenhouse gas that’s being emitted.”

Ralph R. Reiland is an associate professor of economics at Robert Morris University in Pittsburgh.

Comments Off on Wrecking a Nation: Oil, Dependency, and Redistribution