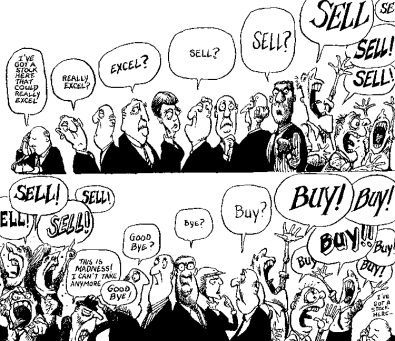 (Reuters) – The subtext of JPMorgan‘s landmark deal to buy crude and sell gasoline for the largest oil refinery on the U.S. East Coast was barely disguised.

This was about helping conclude a deal that would preserve jobs and avert a potential fuel price spike during the heat of an election year summer — not another risky trading venture after the more than $2 billion ‘London Whale’ loss.

But the deal also highlights a largely overlooked clause in the Volcker rule that threatens to squeeze banks out of physical markets if applied strictly by regulators, one that JPMorgan and rivals like Morgan Stanley have been quietly fighting for months.

While it has long been known the Volcker rule will ban banks’ proprietary trading in securities, futures, and other financial tools like swaps, a draft rule released in October cast a net over commercial physical contracts known as ‘commodity forwards’, which had previously been all but exempt from financial oversight.

The banks say that physical commodity forwards are a world away from the exotic derivatives blamed for exacerbating the financial crisis. A forward contract in commodities exists somewhere in the gray area between a derivative like a swap – which involves the exchange of money but not any physical assets – and the spot market, where short-term cash deals are cut.

Banks say they are also essential to conclude the kind of deal that JPMorgan lauded on Monday.

“JPMorgan’s comprehensive solution, which leverages our physical commodities capabilities… demonstrates how financial institutions with physical capabilities can prudently, yet more effectively, meet our clients’ capital needs,” the bank said in a press release.

But regulators say they are keen to avoid leaving a loophole in their brand new rule, named after former Federal Reserve Chairman Paul Volcker, that could allow banks to shift high-stakes trades from financial to physical markets.

“We intended the Volcker Rule to prohibit a broad swath of risky bets, including bets on the prices of commodities,” said Democratic Senator Carl Levin, who helped draft the part of the 2010 Dodd-Frank financial reform law that mandates the proprietary trading ban.

“The proposed Volcker Rule should cover commodity forwards because those instruments often constitute a bet on the future prices of commodities.”

In the latest example of a refining company outsourcing its trading operations to Wall Street, JPMorgan will not only provide working capital for the joint venture between Carlyle Group and Sunoco Inc, but will also operate a ‘supply and offtake’ agreement that has the bank’s traders shipping crude oil from around the world to the plant, then marketing the gasoline and diesel it makes.

If the rule is finalized as it stands the question will turn on whether banks can convince regulators that their physical deals are only done on behalf of clients, making them eligible for an exemption from the crackdown.

Bankers argue that forward contracts are necessary if they are to help refineries like Philadelphia curb costs and free up capital, to help power plants to hedge prices, or to let metals producers and grain farmers finance storage.

Forwards are essentially contracts to buy or sell a certain amount of a physical commodity at an agreed price in the future. Their duration can range from a few days to a number of years.

“To pull forwards into the Volcker rule just because someone has a fear that they could, in some instances, be used to evade the swap rules is just ridiculous,” one Wall Street commodities executive said.

“We move oil all over the world. We have barrels in storage. They are real, not just things on paper. They go on ships and they go to refineries. It is basically equating forwards with intent for physical delivery as swaps – and they’re not.”

She added: “You can’t burn a swap in a power plant.”

Unlike a swap, which will be settled between counterparties on the basis of an underlying financial price, a forward will usually turn into a real asset after time. Unlike hard assets, however, the forward contract can be bought or sold months or years before the commodity is produced or stored.

Historically the physical commodity markets have remained beyond financial regulatory supervision and forwards are not mentioned specifically in the part of the 2010 Dodd-Frank law that mandates the drafting of the Volcker rule.

But the drafters of Dodd-Frank say it was always their aim to prevent banks that receive government backstops like deposit insurance from trading for their own gain. They worry that banks could quickly boost trading for their own book in forward markets rather than purely for the benefit of clients.

“The issue is the potential for evasion,” said one official at the Commodity Futures Trading Commission (CFTC) who was not authorized to speak on the matter. He said traders could easily buy and sell the same commodity forward contract, profiting on the price difference, without the goods ever changing hands.

It would be a useful tool “if you want to hide activities or evade margin requirements,” he added.

Kurt Barrow, vice president at IHS Purvin & Gertz in Houston and lead author of a Morgan Stanley-commissioned report on the impact of the Volcker rule on banks’ commodity businesses said deals like JPMorgan’s with Carlyle and Sunoco could be in jeopardy.

“One of the problems with Volcker is the way it is written assumes that every trade the banks make is in violation of it, and then they have to go through a series of steps to prove that it’s not,” Barrow said.

“If the banks have physical obligations they need to hedge, like in supply and off-take agreements with refineries, there are already concerns that they could be seen to be in violation of the Volcker rule. The rules are geared toward equity trading and don’t take account of how commodity markets really work.”

Without leeway to trade forward contracts, banks would have little reason to retain the metal warehouses, power plants, pipelines, and oil storage tanks that are the crown jewels of their commodity empires.

The future of those assets is already in question as the Federal Reserve must soon decide if banks backstopped by the government will be allowed to retain those assets indefinitely.

In the years preceding the financial crisis, major banks were at times booking as much as a fifth of their total profits from their commodity trading expertise, but drew criticism they could combine their physical market knowledge with huge balance sheets to try and push prices in their favor.

That criticism has resurfaced this year.

“Americans are already paying heavily at the pump for excessive speculation in the oil markets,” Senator Jeff Merkley, who co-authored the Volcker provision with Senator Levin, told Reuters.

“The last thing they need is more of that speculation and risk-taking, especially when it would not only drive gas prices even higher but could also contribute to another 2008-style meltdown.”

NO FORWARDS, NO PHYSICAL, NO SERVICE

The inclusion of forwards in the proposed Volcker rule has created concern beyond Wall Street. Some industry groups argue banks have become so embedded in the structure of both financial and physical commodity markets that they are now key trading partners for a wide range of firms.

“We were surprised,” said Russell Wasson at the National Rural Electric Cooperative Association (NRESCA). “To us they are straightforward business contracts because they’re associated with physical delivery. They’re being treated as derivatives when they never have been before.”

The concerns are the same as with other aspects of the Dodd-Frank reforms, the biggest overhaul of financial regulation since the Great Depression: tough new limits will reduce liquidity, thereby increasing market volatility and hedging costs.

The Volcker rule does include key exemptions to allow banks to hedge risk and make markets for clients.

But some commodities experts say proving that forwards fit into these categories may be too onerous to be helpful.

University of Houston professor Craig Pirrong, an expert in finance and energy markets who has generally argued against the proposed regulation, said he was skeptical of the hedging exemption’s utility, and was sure regulators would take a tough line in the wake of JPMorgan’s recent losses.

“They will have to provide justification that these (commodity forwards) are hedges or entered into as part of their “flow” business with customers,” he said.

“In the post-Whale world, banks are on the defensive and I would not bet on them prevailing on an issue like this.”

Banking executives say they are now desperate to convince skeptical regulators that their physical arms have been transformed into purely market making and client facing businesses.

“Banks have been working to reposition their commodities business… under the assumption that physical markets would be covered by Volcker,” one senior Wall Street commodities executive said.

“Several banks shut down their proprietary trading about two years ago in anticipation of this. The argument that physical commodity markets will present some kind of Volcker loophole for banks is false.” 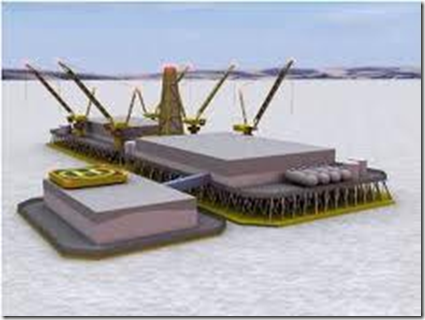 Guggenheim Partners, a privately held investment firm based in the US, which manages more than $125bn worth of assets on behalf of its clients, has confirmed it is setting up a new fund dedicated to making investments in the Arctic region.

The news has been criticised by environmentalists who fear that it will further accelerate the exploitation by oil and shipping companies of the region which is being made even more accessible by climate change.

The fund was first revealed over the weekend at a conference held by the Juneau World Affairs Council in the Alaskan capital on the “politics of climate change“. Alice Rogoff, the publisher of Alaska Dispatch who is married to one of America’s wealthiest men, Carlyle Group co-founder David Rubenstein, told the conference that she had learned Guggenheim Partners was planning a fund “worth billions”. She added that it might concentrate first on building a privately funded icebreaker, which could then be leased to the US coastguard.

There have been growing calls in Alaska for a $1bn “heavy” ice breaker which could be used not just to help tackle any possible oil spills and perform search and rescue duties, but also further secure new shipping routes into the area. Shell confirmed last year that it is already building two of its own icebreakers in preparation of it being granted an extended permit to drill in the Chukchi and Beaufort seas from next year onwards.

Mead Treadwell, Alaska’s lieutenant general, said the fund was a “major announcement” for the region, adding that the Alaskan Arctic also currently lacks a deepwater port. Without such a port available, he said, oil companies would incur extra costs by having to supply a “flotilla” of support vessels when drilling at sea.

The Guggenheim Partners website posted a link to an Alaska Dispatch story about the fund, but a company spokesman refused to provide any specific details. “We are in the very early planning stages for an Arctic investment fund,” said Jeffrey Kelley. “At this point in time it would be premature to comment further about potential structure or investment parameters.”

A permanently secured route through the Bering Strait up into the Arctic would be a major boon to shipping companies and resource extractors. Last month, Nordic Bulk Carriers, a Danish shipping company, said it would save a third of its usual costs and nearly half the time shipping goods if a route to China was available through the Arctic instead of via the Suez Canal and the Indian Ocean.

Ben Ayliffe, an Arctic campaigner for Greenpeace, criticized the fund: “We shouldn’t be surprised that the industry which got us into the worst global economic crisis in living memory now has the planet’s last great wilderness in its sights. But, even by its own standards, it would seem exceedingly short-sighted to pour billions of dollars into the extraction of climate-changing fossil fuels just as scientists warn that the Arctic’s summer sea ice is entering what they call a ‘death spiral’.”

Greenpeace is campaigning for the Arctic to be better protected.