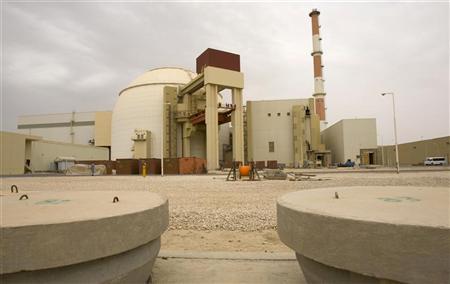 (Reuters) – A U.N. watchdog report is expected to show that Iran has expanded its potential capacity to refine uranium in an underground site by at least 30 percent since May, diplomats say, adding to Western worries over Tehran‘s nuclear aims.

The U.N. International Atomic Energy Agency (IAEA) is due this week to issue its latest quarterly report on Iran’s disputed nuclear program, which the West and Israel suspect is aimed at developing bombs. Tehran denies this.

Language used by some Israeli politicians has fanned speculation that Israel might hit Iran’s nuclear sites before the November U.S. presidential vote. Washington has said there is still time for diplomatic pressure to work, but it could be drawn into any war between the two Middle East foes.

The Vienna-based diplomats, giving details on what they believe the IAEA report will show, said Iran had completed installation of two more cascades – interlinked networks of 174 centrifuges each – since the previous IAEA report in May.

They said Iran may also have added centrifuges in another part of the fortified Fordow facility, buried deep inside a mountain to better protect it against any enemy strikes, but they gave no details.

Fordow, where Iran is refining uranium to a level that takes it significantly closer to weapons-grade material, is built to house roughly 3,000 centrifuges – machines that spin at supersonic speed to increase the fissile concentration.

The May report said Iran had installed a total of 1,064 centrifuges, of which 696 were operating, in some six cascades. The diplomats said Iran has since added at least another 328, a jump of about 30 percent from the May figure, and perhaps more.

Iran says it needs this higher-grade uranium for a medical research reactor in Tehran. It is enriching uranium to lower levels at its main such plant in Natanz, where diplomats say it is also installing more centrifuges.

While the newly added centrifuges at Fordow are not yet operating, the expansion reaffirmed Iranian defiance of international demands to suspend enrichment, which can have both civilian and military uses depending on refinement level.

“There is reason to be concerned by increased tempo of enrichment, the larger stockpile of enriched uranium and, most importantly, the additional centrifuges installed in the deeply-buried facility at Fordow,” said Mark Fitzpatrick of the International Institute of Strategic Studies think-tank.

It may reinforce the belief in Israel that diplomatic and economic pressure is failing to make the Islamic Republic curb its uranium enrichment program.

Iran denies allegations it seeks a nuclear weapons capability and says all its atom work is for peaceful purposes. It has threatened wide-ranging reprisals if attacked.

Iran’s supreme leader, Ayatollah Ali Khamenei, on Thursday told heads of state from developing countries at a meeting in Tehran that the country has no interest in nuclear weapons but will keep pursuing peaceful nuclear energy.

APP to Conduct Solicitation of Interest in Pipeline Capacity, Alaska

The Alaska Pipeline Project (APP) announced that it will conduct a non-binding public solicitation of interest in securing capacity on a potential new pipeline system to transport Alaska’s North Slope gas.

The solicitation of interest will take place from August 31 through September 14, 2012.

The solicitation of interest is being conducted to identify parties potentially interested in making future capacity commitments on a pipeline system from the Alaska North Slope to a gas liquefaction (LNG) terminal at a tidewater location in south-central Alaska or to an interconnection point near the border of British Columbia and Alberta in Canada.

APP will conduct the solicitation of interest in accordance with the Alaska Gasline Inducement Act (AGIA), which requires TransCanada, as the AGIA Licensee, to assess market interest in a pipeline transportation system for Alaska North Slope gas every two years after its first open season.

APP has set a high priority on providing access opportunities for in-state natural gas to heat and power local homes, business and industry. All options being pursued under AGIA provide for a minimum of five delivery points for local natural gas connections in Alaska.

APP is a joint effort between affiliates of TransCanada Corporation and Exxon Mobil Corporation to develop a natural gas pipeline under AGIA.

Comments Off on APP to Conduct Solicitation of Interest in Pipeline Capacity, Alaska

Petronet in Talks to Buy Capacity at US, Australia LNG Terminals 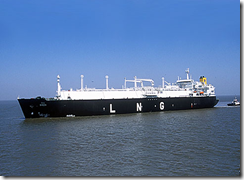 Petronet LNG Ltd, India’s largest liquefied natural gas importer, is in talks to acquire capacity at proposed LNG terminals in the US and Australia with a view to tie up long-term gas supplies.

“Five projects (in the US) have applied to US authorities for approval to export gas,” Petronet CEO and Managing Director A K Balyan told reporters in New Delhi. “We are talking to some of them with an aim to tie up long-term volumes.”

He refused to give details. With domestic gas output falling, companies are looking at new LNG contracts to meet the growing energy demand.

Besides Petronet, state-owned gas utility GAIL India, too, is looking to acquire capacity at proposed LNG terminals on the US Gulf Coast.

So far, Cheniere’s Sabine Pass, Freeport LNG and Southern Union’s Lake Charles are the three projects that have applied to export LNG.

“We have to see how export permissions work out,” Balyan said, adding Petronet was looking at picking up an equity in the terminals to get better pricing of gas.

Petronet imports 7.5 million tons a year of LNG from RasGas of Qatar on a long-term contract at its Dahej terminal.

It is also looking at supplies from the US and Australia among others to feed the 25 million-tons-a-year LNG import capacity it will have by 2015-16.

Balyan said Petronet is expanding the Dahej terminal capacity to 15 million tons a year from 10 million tons in next 40 months while building a new import facility at Kochi in Kerala.

Another 5 million tons facility is planned on the east coast for which three sits – two in Andhra Pradesh and one in Orissa have been shortlisted.

Petronet reported almost doubling of its net profit at Rs 260.33 crore in the quarter ended September 30, on the back of higher volumes it imported in the three-month period.

“We regassified 135.08 trillion British thermal units of gas in July-September as against 99.78 trillion BTUs in the same period a year ago,” he said, adding that besides the long-term LNG contract from Qatar, the company imported 12 cargoes from the spot market in the quarter.

It had not imported any shipload of LNG in Q2 of previous year.

“We hope to maintain the trend (during the current quarter). Import from spot market should be 12 to 14 cargoes,” he said.

Petronet in all imported 42 cargoes or shiploads of LNG. Of these, Petronet imported six cargoes from spot market by itself and an equal number were contracted by its promoters, GAIL and Gujarat State Petroleum Corp (GSPC). 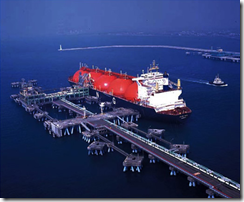 Shih Yen-shiang, speaking at a ceremony in Taichung Harbor to mark the 100th shipment of LNG delivered to the port, said gas-fueled power generation would reach 15 GW this year, or 35% of total power generation capacity, the news agency said.

Shih said the government has developed plans to build more natural gas storage tanks and transport pipelines on the island as part of its 30-year energy development plan, the report said.

Shih’s ministry has made sourcing, transporting, and storing natural gas top priorities in its energy policy, to support the increased usage of natural gas to reduce carbon emissions and global warming.

The project now has one final hurdle to clear — the environmental impact assessment. The expansion is due to start in July 2012 and slated for completion by end-2018.

CPC owns another 7.44 million mt/year LNG terminal at Yung An, in Kaohsiung city in southern Taiwan.

CPC imports all the LNG Taiwan consumes, with 70% of the cargoes going to state power generators such as Taiwan Power Company​. Consumption by seven independent power producers, domestic and industrial users account evenly for the outstanding 30%.

Comments Off on Taiwan: Gas-Fueled Power Generation Capacity to Grow by 2030

Bermuda: AOD to Increase Water Depth Capacity for its Jack-ups 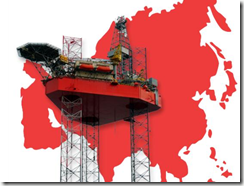 Asia Offshore Drilling Limited (the “Company”) has decided to increase the water depth capacity from 350 feet to 400 feet for its three jack-up rigs under construction. This investment will increase the marketability of the rigs, allowing them to successfully operate in more offshore areas.

The Board believes these upgrades will improve the long-term return on investment for the Company’s shareholders. The Company has an option for construction of one more jack-up rig at Keppel FELS that matures on September 30, 2011. The Board has resolved to not exercise this option. Given the prevailing uncertainty and volatility in the financial markets, the Board’s objective is to enhance the quality, marketability and value of the existing rigs rather than incur additional financial  risk by ordering a fourth rig. The decision not to exercise the option will ensure that the Company remains fully financed up to the delivery of the first rig in 2013.

Comments Off on Bermuda: AOD to Increase Water Depth Capacity for its Jack-ups