Texas: Experts deliver another round of Eagle Ford bullishness

Welding crews are busy laying pipelines such as this one east of Karnes City, Texas in order to get oil and gas extracted from the Eagle Ford shale formation to market. Pipelines are critical because hauling by truck is more expensive. JOHN DAVENPORT/jdavenport@express-news.net

SAN ANTONIO – The development of the Eagle Ford shale continues to prompt dazzling assessments and predictions from experts, who said at an energy symposium Wednesday that in four years, the oil-rich formation could become the nation’s second-most productive shale play.

Production in the Eagle Ford could reach 1 million barrels a day by 2016, said Trevor Sloan, director of energy research at ITG Investment Research in Calgary, Alberta.

Comments Off on Texas: Experts deliver another round of Eagle Ford bullishness 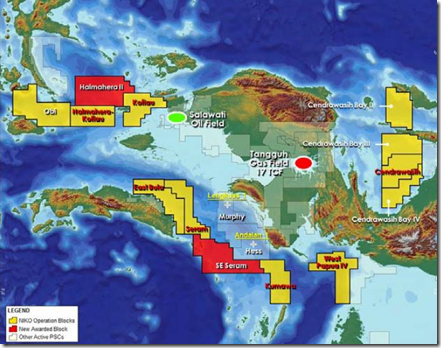 Niko Resources Ltd. has been awarded two new Production Sharing Contracts (“PSCs”) in Indonesia. The Company now has interests in 20 Indonesian PSCs including 13 in its West Papua portfolio.

As shown in above, the 8,217 Km2 SE Seram offshore block is adjacent to Niko’s Seram, East Bula and Kumawa blocks and also borders a third party block where the Andalan‐1 well is currently drilling. Niko will have a 100% working interest and operate.

The 6000 Km2 Halmahera II block is adjacent to Niko’s Obi, Halmahera‐Kofiau and Kofiau blocks. Niko will have a 20% working interest. 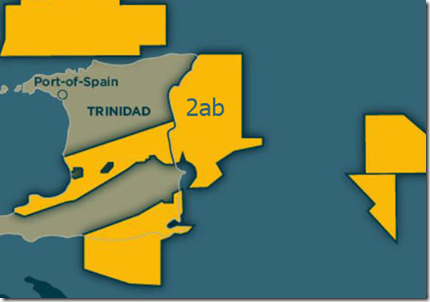 Niko Resources LTD, an offshore exploration company with headquarters in Calgary, Canada, announced today that it has commenced drilling operations on its first well offshore Trinidad.

The Rowan Gorilla III rig is on location at the Stalin prospect, which is the first of three wells planned for Block 2ab located off Trinidad and Tobago’s eastern continental shelf. The Stalin-1 well is named after the popular calypso great, Black Stalin.

Niko is the operator of the block and has a 35.75% working interest. Partners in the well are Petrotrin with 35% and Centrica Plc with 29.25%. The well is being drilled in 100 feet of water to a total depth of 8800 feet and will test a large anticlinal feature made up of multiple thrust sheets. The reservoir targets are the Oligocene age Angostura sands which are producing in the Angostura field located approximately 23 miles east of the Stalin location.

Niko’s best estimate is a target of 600 to 800 million gross unrisked in-place barrels of oil equivalent.