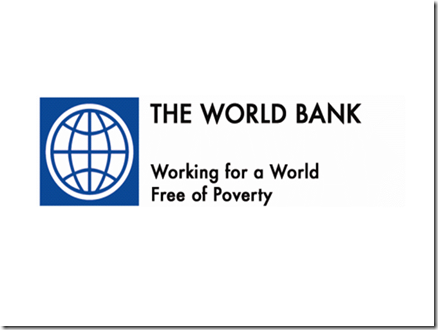 Huge’ water resource exists under Africa … Scientists say the notoriously dry continent of Africa is sitting on a vast reservoir of groundwater. They argue that the total volume of water in aquifers underground is 100 times the amount found on the surface. The team have produced the most detailed map yet of the scale and potential of this hidden resource. Writing in the journal Environmental Research Letters, they stress that large scale drilling might not be the best way of increasing water supplies. Across Africa more than 300 million people are said not to have access to safe drinking water. Demand for water is set to grow markedly in coming decades due to population growth and the need for irrigation to grow crops. – BBC

Dominant Social Theme: Water, water everywhere … it’s a miracle! Who would have thunk …

Free-Market Analysis: We’ve charted this elite meme for several years – water scarcity. The powers-that-be create fear-based scarcity promotions and then propose globalist solutions. Water scarcity is a big promotion for them – and this meme is a central one these days.

Right on schedule, it’s been determined that Africa has water after all. Of course, Western scientists had to make this determination. This is part of the larger “cult of the expert” that the elites seek to inculcate. Until it can be documented by elite facilities, it doesn’t exist.

But now it does. There’s LOTS of water in Africa after all (just as there is LOTS of oil in the world, and lots of food as well, if the powers-that-be would only stop tampering with seeds). Here’s some more from the article:

Now scientists have for the first time been able to carry out a continent-wide analysis of the water that is hidden under the surface in aquifers. Researchers from the British Geological Survey and University College London (UCL) have mapped in detail the amount and potential yield of this groundwater resource across the continent.

Helen Bonsor from the BGS is one of the authors of the paper. She says that up until now groundwater was out of sight and out of mind. She hopes the new maps will open people’s eyes to the potential.

“Where there’s greatest ground water storage is in northern Africa, in the large sedimentary basins, in Libya, Algeria and Chad,” she said.

“The amount of storage in those basins is equivalent to 75m thickness of water across that area – it’s a huge amount.” Due to changes in climate that have turned the Sahara into a desert over centuries many of the aquifers underneath were last filled with water over 5,000 years ago.

The scientists collated their information from existing hydro-geological maps from national governments as well as 283 aquifer studies. The researchers say their new maps indicate that many countries currently designated as “water scarce” have substantial groundwater reserves.

Note: the scientists didn’t really discover anything new. They “collated” their findings “from existing hydro-geological maps from national governments as well as 283 aquifer studies.” In other words, it was all a promotion, folks. “Parched Africa” was never more than an elite scarcity campaign. The maps showing plenty of water were there all along.

So what now? Having discovered that Africa has plenty of water, will the private market be left to make its magic? Not so fast.

A simple Internet search shows us that the other shoe may be dropped. That shoe, of course, would be globalist involvement. The whole point of creating scarcity memes is to propose globalist solutions that bring us closer to the world government so avidly sought by the powers-that-be.

Here’s an excerpt from a World Bank report, courtesy of Businessdayonline:

Finance required to raise infrastructure in Sub Saharan Africa to a reasonable level within the next decade is estimated at $93 Billion every year, a World Bank report has shown. The estimates cover the Information Communication Technology, Irrigation, Power, Transport and Water Supply and Sanitation sectors.

Of the total required, existing expenditure is estimated at $45 Billion per annum and after accounting for efficiency gains of $17 Billion, the funding gap remains at about $31Billion. ‘Infrastructure is a cardinal challenge facing Africa, thereby creating room for the inability of Africa to key into the avalanche of economic and commercial opportunities available in the continent,’ says Kenneth Okpara, Commissioner for Economic Planning, Delta State during March Breakfast forum of Nigerian-South African Chamber of Commerce sponsored by Warri Industrial Business Park.

Okpara noted that Africa’s infrastructure stocks and quality is among the least in the world, noting that lack of good governance is a major problem that prevents the continent from taking its rightful place as regards socio-economics. ‘One approach to address this challenge is to facilitate the increase of private provision of Public–Private Partnership (PPP),’ he notes, saying that the partnership assumes transactions where the private sector retains a considerable portion of commercial and financial risks associated with a project.

Okpara added that leveraging private sector financing through public private partnership and capital market (bonds) are the means through which the gap can be addressed.

It is fairly predictable, is it not? Africa suffers from a water problem – that turns out not to exist. But having raised the alarm, Western facilities stand ready to help. Chief among them is the World Bank that will provide much needed cash to reap the benefits of these aquifers, etc.

What may occur is wearily predictable. The World Bank lends cash to corrupt governments that squander or loot resources. The “country” is eventually unable to pay and the IMF arrives to impose “austerity” – including higher taxes and an asset sale.

Thus the powers-that-be consolidate command and control. Global governance – or at least its influence – expands.

Conclusion: Thanks to the Internet, we can clearly see the patterns now. Africa, in our view, is being readied for significant Western exploitation and it is no coincidence they are reappearing here – and now.

Comments Off on Huge Water Resource Found in Africa: World Bank Steps In?