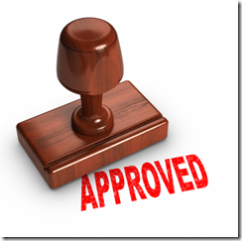 The Canadian National Energy Board (NEB) approved an application by BC LNG Export Co-operative LLC for a licence to export liquefied natural gas from Kitimat, British Columbia primarily to Asian markets.

A co-operative comprised of natural gas producers, marketers and LNG buyers is a central feature of BC LNG’s export proposal, where members of the co-operative will submit bids to provide natural gas to be liquefied or purchase LNG. A committee will review the bids and choose those that will yield the greatest margin to the co-operative.

Membership in the co-operative is currently comprised of thirteen parties, and additional members may join upon request. BC LNG’s export model permits smaller natural gas market participants in Canada to play a part in exporting LNG.

“In approving BC LNG’s application, the Board satisfied itself that the quantity of gas to be exported is in excess of the requirements to meet the foreseeable Canadian demand. The Board also determined that the volumes of natural gas proposed to be exported are not likely to cause Canadians difficulty in meeting their energy requirements at fair market prices,” NEB said in a report.

“The Board acknowledged the potential economic benefits associated with BC LNG’s project. In particular, the Board noted the benefits for the Haisla Nation, including an interest in BC LNG, and employment opportunities resulting from the development and operation of the liquefaction facility,” NEB added.

Comments Off on Canada: NEB Approves BC LNG Export Licence 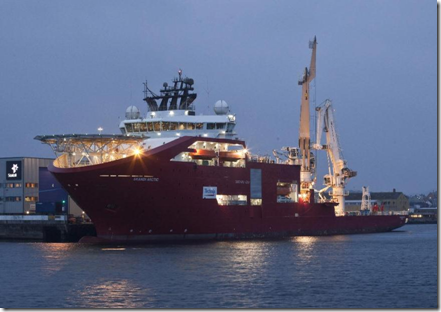 Statoil has chosen to take out an additional two-year option on the existing contract for diving services with Technip Norge AS. According to a cooperation agreement, ExxonMobil and Gassco could also be potential users of this contract.

The manned underwater operations will be conducted from DSV Skandi Arctic as primary vessel and DSV Wellservicer as secondary vessel, as well as the light diving vessel LDC Technip Sea Hunter.

PSA Norway has given the companies has given a consent for manned underwater operations down to water depths of 180 meters. The consent and comprises defined and undefined operational and project tasks, as well as repair standby.

The defined tasks are work which Statoil will perform on Glitne oil field during the spring of 2012. It relates to connection of underwater wells to the FPSO Petrojarl 1. The water depth at the site is 110 metres, and the work is assumed to last for five days.

Glitne oil field was brought on stream in 2001 and has been developed with sub-sea completed wells tied back to the leased FPSO facility Petrojarl 1. Oil is transported to shore by offshore tanker loading. Production was originally expected to last for around three years, but a combination of better than expected performance and in-fill drilling has resulted in extended field life.

No need for separate schedule

Gassco has not identified any need for separate scheduled manned underwater operations relating to this consent, but may require repair work on pipelines that the company owns.

The consent also applies to undefined operational and project assignments which may be required during the period for the companies’ production licenses, as well as pipeline systems. This also includes pipelines on a foreign shelf covered by Norwegian jurisdiction.

The consent also includes any surface-supplied diving operations which may be required during the period. 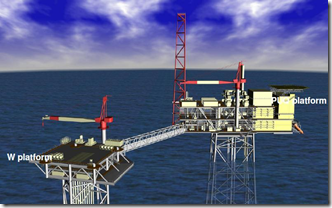 Nexen Petroleum UK Ltd., a subsidiary of Nexen Inc., announced today it has received approval from the UK Department of Energy and Climate Change (DECC) to proceed with the Golden Eagle area development – a GBP 2 billion (C$3.3 billion) investment (GBP 750 million net to Nexen) that is expected to produce an estimated 140 million barrels of oil equivalent (gross) of proved and probable reserves over an 18-year period.

The Golden Eagle development encompasses both the Golden Eagle and Peregrine reservoirs located in central North Sea blocks 20/1N, 20/1 and 14/26a, approximately 43 miles from Aberdeen. The development plan for Golden Eagle incorporates a combined production, utilities and accommodation platform linked to a separate wellhead platform. Plans call for 20 development wells (16 platform-based and four subsea) to be drilled. The development will also include associated in-field and export pipeline infrastructure.

Detailed design engineering has commenced and fabrication is scheduled to start in late 2011. Pipeline and subsea installation is expected to begin in early 2013, to be followed by drilling later that same year. First oil production is forecast for late 2014 and the development is expected to have an initial gross production rate of up to 70,000 barrels of oil equivalent per day (boe/d), about 26,000 boe/d net to Nexen.

“This is a great day for the UK oil and gas industry. Regulatory approval marks a major milestone in the development of Golden Eagle, which is one of the largest oil discoveries in the UK North Sea since our Buzzard discovery,” said Phil Oldham, Managing Director of Nexen Petroleum UK Ltd.

During construction, the Golden Eagle development is expected to create employment for more than 2,000 workers. Once operational, the facility is expected to employ more than 400 people and provide thousands of indirect jobs throughout its 18-year production life. More than two-thirds of the contracts for products and services for Golden Eagle are to be sourced in the UK, a total benefit estimated at more than GBP 1.4 billion.

The project’s design, construction and operation will reflect the results of a comprehensive environmental impact assessment, which has also been approved by the DECC.

“Continuous improvement in safety and environmental performance has been built into our project planning. Safe, responsible energy development is our priority,” said Oldham.

Nexen holds significant acreage adjacent to the Golden Eagle development and continues to explore and appraise the UK North Sea to identify future opportunities and potential synergies with the Golden Eagle infrastructure. This includes participating in an active UK North Sea exploration and appraisal campaign and investing in other development projects in the region.

Nexen is the second largest oil producer in the UK. In 2010, the company’s UK-based business produced approximately 110,000 boe/d, primarily from the Buzzard field. The company currently provides employment for about 1,200 full-time and contract staff at its offices in Uxbridge and Aberdeen and at its offshore facilities.

Nexen Petroleum UK Ltd. is a subsidiary of Nexen Inc., a global energy company listed on the Toronto and New York stock exchanges under the symbol NXY. Nexen is focused on three growth strategies: oil sands and shale gas in Western Canada and conventional exploration and development primarily in the UK North Sea, offshore West Africa and deepwater Gulf of Mexico. 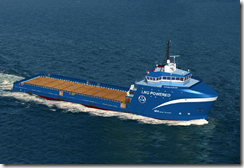 Harvey Gulf International Marine’s Chairman & CEO Shane J. Guidry stated that this is another example of Harvey Gulf’s commitment to meet its clients future needs. Mr. Guidry said that a contract will be awarded to a US shipyard on or before August 28, 2011.

The SV310DF vessels, designed by STX Marine Inc., will be dual-fuel with LNG capacity for seven days with three (3) engines at full RPM. In addition, the vessels will carry 5520 tons of deadweight at load line and have a transit speed of 13 knots. Mr. Guidry stated that, with the stringent Governmental demands for both reduced emissions and clean burning energy use, Harvey Gulf has decided to make the capital investment of 100 Million Dollars for two vessels.

STX Marine Inc., with offices located in Vancouver, British Columbia and Houston, Texas, is a consulting naval architecture and marine engineering company established in 1983 and is the leading designer of offshore support vessels for the North American and International markets.

Founded in 1955, Harvey Gulf International Marine is a marine transportation company that specializes in towing drilling rigs and providing offshore supply and multi-purpose support vessels for deepwater operations in the U.S. Gulf of Mexico. 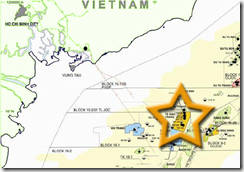 The Company has been informed by the Hoang Long Joint Operating Company, the Operator of Block 16-1 in the Cuu Long Basin offshore Vietnam, that PetroVietnam has relayed the Government of Vietnam’s agreement to the extension period for the Te Giac Den Appraisal area.

Several 3D seismic acquisition options are currently being reviewed and it is anticipated that acquisition of the 150 square kilometre 3D programme will commence in late June to early July 2011.

PetroVietnam has also informed the Company that the Government of Vietnam has approved the Full Development Plan for the Te Giac Trang Field, incorporating the second phase development. Installation activities in the field are ongoing and the H4 jacket for second phase drilling and production has been installed. The project remains on target for Phase I production start in August 2011.