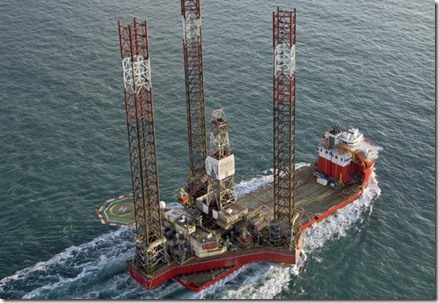 Fairstar Heavy Transport N.V. (FAIR) has been awarded a contract by Hercules Offshore to transport the jack-up drilling rig Hercules 185 from Pascagoula, Mississippi to West Africa in the First Quarter of 2012 on board Fairstar’s open stern, semi-submersible vessel FJELL.

The contract value is USD 2.6 million. The FJELL is currently underway to Malta where it will load the Northern Offshore rig ENERGY EXERTER in the Grand Harbour in January. After discharging the ENERGY EXERTER in Northern Europe, FJELL will sail to the Gulf of Mexico to load the Hercules 185.

Chris Muilwijk, Team Leader of Fairstar’s Client Services Group stated: “Fairstar is looking forward to work again with Jim Stevens of High Seas Maritime Services and the operations team at Hercules Offshore. The Hercules 185 was safely transported by the FJELL to Pascagoula earlier this year and our crew on board the FJELL is committed to returning the rig to West Africa in 2012 safely and securely.”

Philip Adkins, Fairstar’s CEO has updated Fairstar’s fleet utilization for 2012, stating: “Fleet utilization for 2012 continues to improve. FJORD will discharge the Oando rig RESPECT, sail to Angola to load the CLOV FPSO components for DSME and then commence its multi-voyage contract for Gorgon. FJELL is now fully booked for the First Quarter of 2012. The FJELL will still be available for work in Alaska in April through September under the terms of our agreement to transport the Agrium fertilizer plant modules to Nigeria. However, in the event we do not receive the first contract installment for FJELL in February, we intend to pursue other transportation options for the FJELL in that period. In October, FJELL will commence its multi-voyage contract for Gorgon, joining FJORD and FORTE on a series of voyages from Northern Asia to Barrow Island, Australia.”