Syrian Parliament Letter To The US House Of Representatives

An important document being censored by the US press. I got this off the BNP web site. 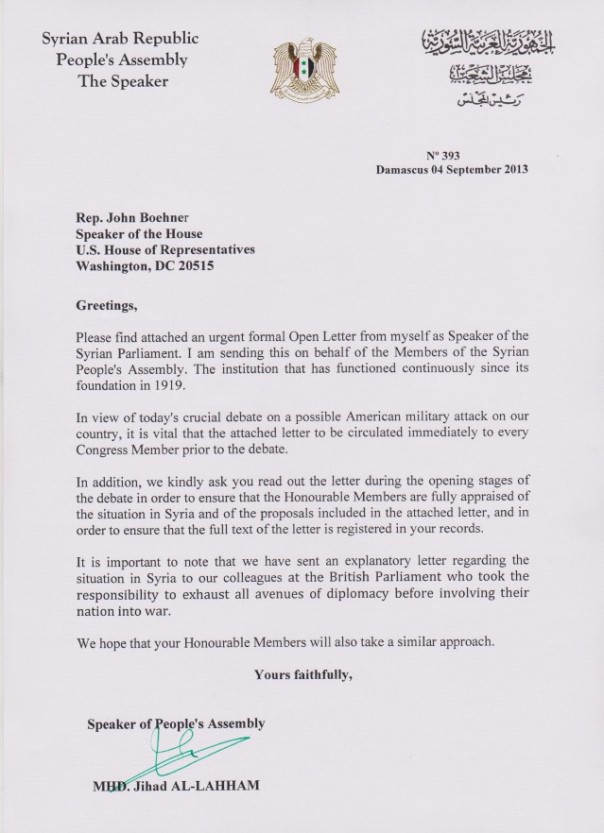 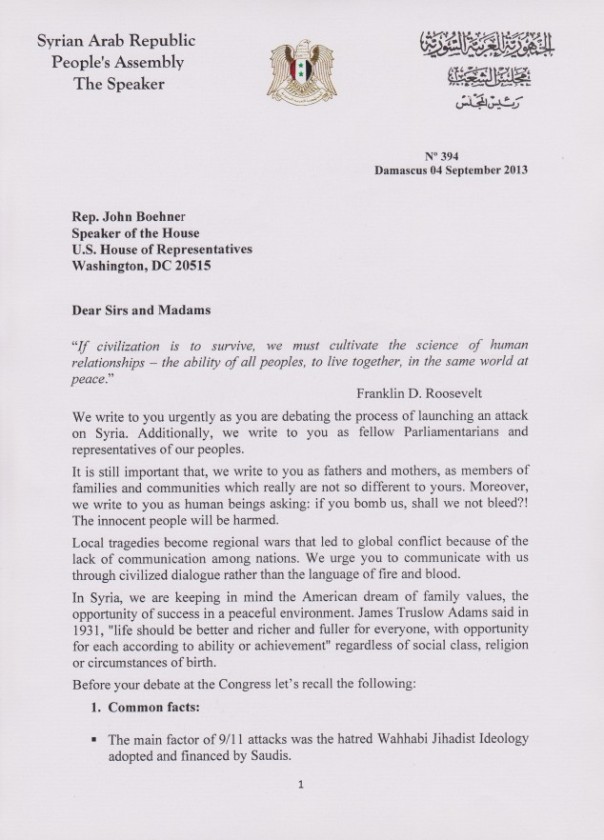 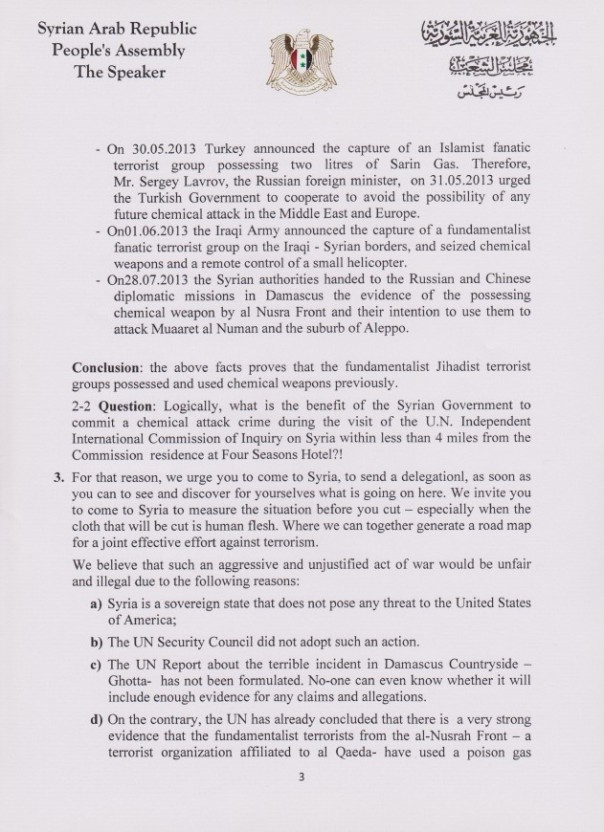 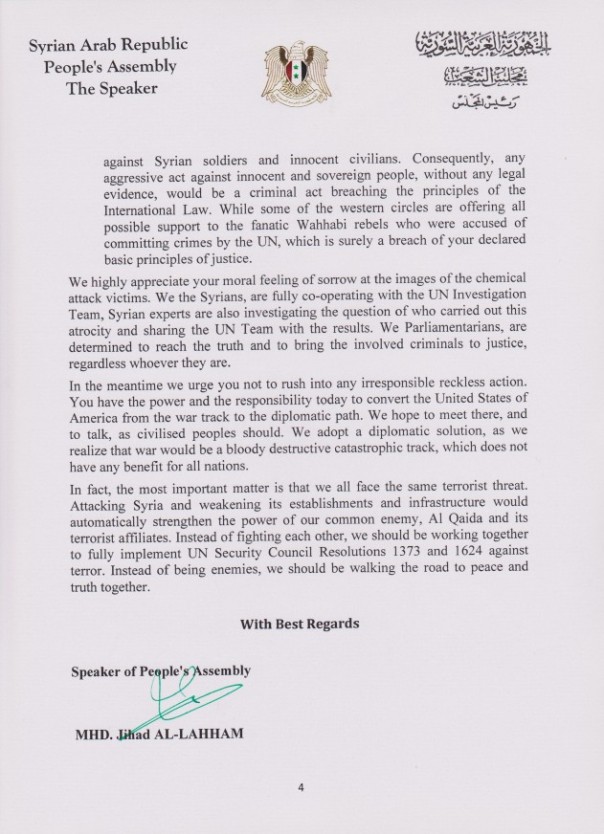 CONFLICT: Media spin on opposition to US military action in Syria predictable, pathetic

Have y’all noticed the emerging liberal media spin on the opposition to US military intervention in Syria where the mediots insinuate or outright say that the reason most Americans aren’t behind us taking direct action there is due to the “deception over Iraq” – translation: Blame Bush? Of course, liberal politicos like Nancy Pelosi have repeated this talking point over and over again, and even former British Prime Minister Tony Blair, our staunchest ally during the Iraq war, has said more or less the same. But the media picking up with it and running with it as if its an unassailable assertion is a prime example of much of what is wrong with the US media today.

Is America war-weary? Absolutely. Between Afghanistan and Iraq, the American people are tired of seeing their sons and daughters come home with life-altering injuries, or in body bags, are tired of hearing about how the murders of innocents by jihadis are continuing in both Iraq and Afghanistan, NOT exactly what we signed on for when we went to war in both countries. Are some Americans understandably skeptical about the rationale given by the administration and their allies to date on why we “must” intervene in Syria, considering the massive stockpiles of WMD we thought were in Iraq that were never found there? Yes. Are these the only considerations the American people are taking when it comes to determining whether or not to support action in Syria? No.

The real issue here is not weariness and skepticism due to Iraq. It’s the fact that our celebrity President, the supposed “greatest speech-giver evahh!!!!” hasn’t made a convincing case to date on Syria action, nor have the doves-turned-hawks in his party, nor have his adoring press. Why do you think he’s going before the American people next week? Because the communications/PR effort on this issue has been a disaster from the get-go, and this administration knows it. And they also know the more information that comes out about the Christian-hating jihadi “rebel forces” who oppose Assad, the likelihood that the opposition to using force in Syria will continue to grow.

Comments Off on CONFLICT: Media spin on opposition to US military action in Syria predictable, pathetic