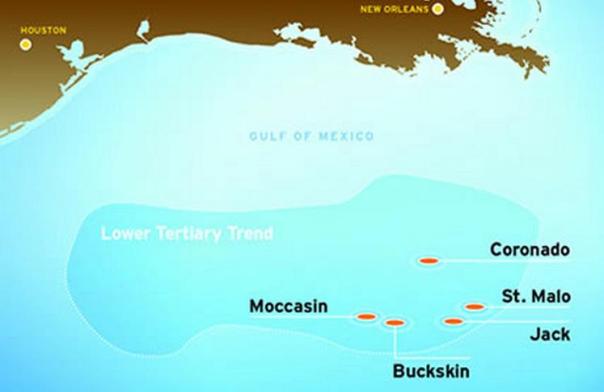 Chevron Corporation has announced an oil discovery at the Coronado prospect in the deepwater U.S. Gulf of Mexico.

“The Coronado discovery continues our string of exploration successes in the Lower Tertiary Trend, where Chevron is advancing multiple projects,” said Gary Luquette, president, Chevron North America Exploration and Production Company. “It also highlights the importance of the deepwater Gulf of Mexico as a source of domestic energy for the United States.”

The well results are still being evaluated, and additional work is needed to determine the extent of the resource. Chevron, with a 40 percent working interest in the prospect, is the operator of the Coronado discovery well. Other owners are ConocoPhillips with 35 percent, a subsidiary of Anadarko Petroleum Corporation with 15 percent and Venari Offshore LLC with 10 percent.

Chevron is one of the largest leaseholders in the Gulf of Mexico and is currently constructing the Jack/St. Malo and Big Foot projects, which are scheduled to begin production in 2014.The company is also conducting appraisal activities at its previously announced Buckskin and Moccasin discoveries, also in the Lower Tertiary Trend.

Comments Off on Chevron Strikes Oil at Coronado Prospect in U.S. Gulf of Mexico