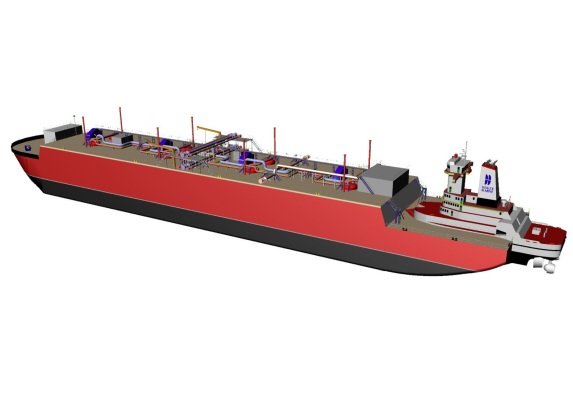 Waller Marine, through its LNG development subsidiaries, Waller  Energy Holdings and Waller LNG Services, has initiated  activities on its first natural gas liquefaction (LNG) facility to be  constructed on a 175 acre site the Company has acquired at the entrance point  of the Calcasieu Ship Channel in Cameron Parish in Southwest Louisiana.

Using  small-scale liquefaction technology, the Company plans to install nominal  500,000 gallon per day LNG trains in phases as the market and demand for  marine LNG fuels inevitably expands. The first trains are planned for the  Waller Point™ LNG terminal in Cameron Parish, and additional trains are  planned for a second terminal which it is developing through its subsidiary  Waller Energy Partners at a site to be secured on the Mississippi River  in the first quarter of 2013. These will be the first two of the initial seven  small scale LNG terminals the Company plans to install at strategic locations  on each US coast.

With the looming regulatory requirement for vessel’s  to comply with new ECA emission control regulations when operating in the  territorial waters of the United States, the Company’s focus is to supply LNG  to the marine fuels market. To enable the supply and distribution of LNG to  and from small scale LNG terminals and for bunkering LNG as a marine fuel,  Waller has been the first to conceive and design a series of small LNG vessels  ranging from its 2,000 to 10,000 cubic meter capacity river transport and  bunker barges and its 10,000 to 30,000 cubic meter coastwise ATB LNG vessels.  Waller’s innovative concepts are patent pending before the USPTO, and Waller  has recently acquired Approval in Principle from the American Bureau of  Shipping (ABS).

US vessel owners are faced with increasing costs  of operations as the ECA regulations drive decisions on how they should  comply; one, by installing scrubbers in the exhausts or two, by using  ultra-low sulfur fuels. A third and more cost-effective alternative that will  permit compliance with emissions is the use of LNG to fuel their vessels. With  strategically located LNG supply facilities, a distribution of the fuel by  Waller barges to small-scale LNG storage terminals combined with ship fueling  with Waller LNG bunker barges at anchorages, ports and terminals throughout  the US, vessel owners will have access to competitively priced LNG. Waller  anticipates that substantial savings can be achieved by vessel owners using  LNG fuels with payback for conversion costs being as short as six  months.

Waller has also initiated a vessel conversion strategy and is  working with partners on providing funding for the conversion of ships to be  fueled by LNG. Working with engine manufacturers and equipment suppliers,  Waller is engineering shipboard LNG fuel storage and supply systems for  vessels having a range of horsepower. They are also developing pre-manufactured  systems to reduce or eliminate downtime during conversion.

Comments Off on USA: Waller Marine to Develop LNG Terminal