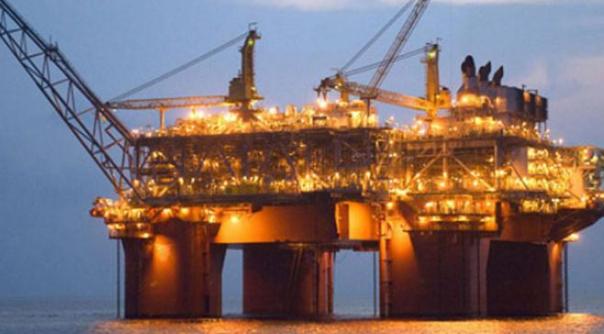 The Gulf of Mexico, more than any other major deepwater region in the world, has experienced massive changes in the last five years with long-term implications for the future of the region and the GoM’s supply & demand effects on the global deepwater oil and gas market, Quest Offshore says in its report.

The worldwide financial crisis and subsequent recession, shale gas’ implications on U.S. natural gas prices and the aftermath of the Macondo incident have led to significant changes in the outlook for the region. Despite those overwhelming obstacles, the U.S. GoM’s future is bright with a pronounced recovery expected in all major market segments from drilling to subsea, floating production and marine construction.

Overall spending in the region is expected to increase significantly starting in 2013 up nearly 30 percent to $40 billion. Total expenditures are expected to reach a significant $167 billion in the 2013 to 2016 period. For the first time, 2012 is expected to represent an investment shift with deepwater CAPEX and OPEX spending surpassing that in shallow water. In the under developed ultra-deepwater frontier areas of the region, challenging technical and reservoir conditions will result in increased spending across the board, a trend expected to continue through the foreseeable future.

Five years ago the region was a mix of major and independent oil companies executing both oil and gas standalone and subsea tieback projects. In 2013 and beyond, Quest sees more oil dominance with offshore gas waning. Large international oil companies will play a larger role with the execution of standalone (hub) projects with niche-focused independents looking to infrastructure-led drilling around existing hubs and mega-independents continuing to grow their strategic portfolios in select basins.

In Quest Offshore’s latest market report, Quest Deepwater Review: Gulf of Mexico 2013 and Beyond, the reader will gain a comprehensive understanding of current trends and expectations from one of the leading deepwater basins, the U.S. Gulf of Mexico.

Leasing activity is rightly seen as the furthest leading indicator for prospective oil and gas activity not only in the Gulf but throughout the world. Due to the relatively long lead times between leasing, drilling and production, leasing trends can be expected to provide insight on future activity for years to come. With one-third of active deepwater leases, oil majors and national oil companies are expected to continue to be the driving force for pushing the boundaries of the Gulf of Mexico’s development. Excluding Anadarko and Conoco, all recent frontier projects have been undertaken through operatorship’s of one of the majors or national oil companies (BP, Chevron, Exxon, Shell, Total, Statoil, Petrobras), and we expect this theme to persist moving forward.

Drilling Permitting on an Upward Trend

While raw permit counts are showing positive movement this year, the comparison in permits issued per project highlights the underlying cause for such steep increases in the first half of 2012. Multi-well projects (defined as five or more wells) have seen a record permitting pace since late 2011; examples of this trend include Chevron’s Jack/St. Malo Project, Shell’s Mars B Project, Hess’s Tubular Bells project, Chevron’s Big Foot and most recently the BP’s Atlantis North development, while true wildcat exploration permit numbers are still well below levels seen prior to the drilling moratorium.

Notable discoveries of ultra-deepwater fields in the Lower Tertiary continue to increase the reserve and production expectations for the region. The shift in the Gulf is most apparent in the floating rig market with four operators now possessing 50 percent of the contracted rig fleet. Ninety percent of rigs operating are high-spec and rated for ultra-deepwater.

Since 2008, the U.S. Gulf of Mexico has undergone a shift in project development mix from heavy in small, independent-operated subsea tiebacks to one that is grounded in fewer, larger subsea tiebacks and high-investment standalone developments developed by international oil companies and mega-independents.

This shift towards fewer, larger subsea tiebacks as well as increased FPS units will have profound effects on the future of the subsea sector as the hardware installed evolves as a direct result of fewer gas developments and deeper, more challenging fields. Subsea equipment manufacturers will experience fewer, but larger scope, award opportunities through the forecast period. As these developments move into more challenging areas, the value of these subsea production packages are expected to increase significantly as HP/HT trees and subsea processing become an enabler for these complex, capital-intensive projects.

This next wave of FPS developments is, for the most part, in ultra-deepwater and in more remote areas not currently connected to shallow water or onshore infrastructure. These developments will materially impact the pipeline and marine construction markets (SURF) as these production hubs are connected to existing export infrastructure through 2016 and beyond. The subsea tieback potential for these hubs is most likely to be seen in the latter half of this decade and into the following, with these latest hubs laying the foundation for the next generation of deepwater developments in the region.