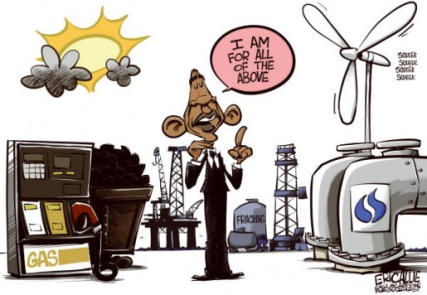 The Energy Department’s delay in releasing a report on liquefied natural-gas exports puts in limbo for this year as many as 12 applications including projects backed by Dominion Resources Inc. and Sempra Energy. (SRE)

The department commissioned the study last year to assess the economic impact of exports on domestic energy use after granting Cheniere Energy Inc. (LNG) permission to ship gas from Louisiana. It said future permits won’t be issued until the study is completed.

The first part of the study is complete, and a second portion was scheduled to come out in the first quarter. That date was pushed back to late in the U.S. summer, which ends Sept. 22. A posting on the department website now says it will be “complete by the end of the year.”

“It is really unfortunate, but I don’t think anything happens until we see the results of that report,” said Bill Cooper, president of the Center for Liquefied Natural Gas, which advocates for gas shipments. The Washington-based group includes LNG producers, shippers and terminal operators.

“None of the applicants, I’m certain, want to see a delay in the regulatory process,” Cooper said in an interview.

The delay probably will push release of the Energy Department’s report until after the election in November.

“This is a complicated economic analysis assessing a dynamic market,” Jen Stutsman, an Energy Department spokeswoman, said in an e-mail. “We take our responsibility to issue these determinations seriously and want to make sure the necessary time is taken to get it right.”

Investors including Sempra Energy in partnership with Mitsubishi Corp. and Mitsui & Co. Ltd., Freeport LNG with Macquarie Group Ltd., and Dominion Resources, have applied for approvals from the Energy Department.

U.S. permits are required to sell gas to countries that aren’t free-trade partners with the U.S., a group that includes Japan and Spain.

As natural-gas prices soared in the last decade, energy companies sought permission to build import terminals. Hydraulic fracturing, or fracking, for natural gas has opened access to reserves that previously couldn’t be produced economically, driving prices to a decade low and letting companies shift gears and seek overseas buyers for the fuel.

In fracking, oil and gas companies shoot a mixture of water, sand and chemicals underground to crack shale rock formations and free fossil fuels trapped inside.

To contact the reporter on this story: Jim Snyder in Washington at jsnyder24@bloomberg.net

To contact the editor responsible for this story: Jon Morgan at jmorgan97@bloomberg.net