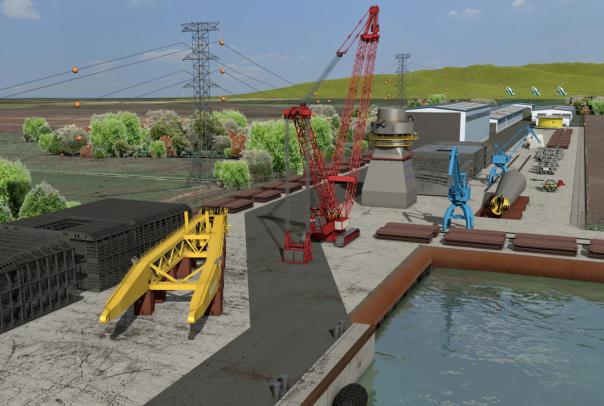 Huisman, specialist in lifting, drilling and subsea solutions, has announced its plans to build a new production facility in Brazil and recently initiated the land fill works. The new facility will be located alongside the river Itajai-Açu in the city of Navegantes in Santa Catarina state, a state in the southern part of Brazil bordering the Atlantic Ocean. This facility will be used for the manufacturing of construction equipment for the Brazilian offshore market.

The first investment phase includes over 15,000 square meter of production facilities. The next investment phase will include a 200m long quay side with an artificial bay to protect vessels from the seasonal river’s high currents. With the quayside in place, the Huisman do Brasil facility will be easily accessible for seagoing vessels, allowing for fast installation, commissioning and testing of the Huisman designed and built offshore construction equipment onboard. The new Huisman production facility is planned to be operational in the second half of 2013.