← Iran increases underground nuclear capacity sharply: diplomats
‘Sparks fly’ over US policy on Iran at meeting between Netanyahu and US envoy →

We’ve Had It With Obama’s Socialism … J. D. Longstret 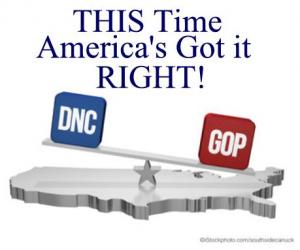 I marvel at the MSM’s spinning of the polls and Obama’s obvious glide to oblivion in order to paper over what will be a devastating Democratic Party loss of the Oval Office and, very likely, the US Senate, as well, in less than seventy days.

Look, the denizens of the Mainstream Media already KNOW the Obama team is in serious trouble. They just don’t want democratic party voters to know it.

The Prez? Well, most normal folk have concluded that he is delusional and THAT explains his surety of demeanor. Delusional people rarely ever live in the real world.

I sense a slow but consistent swing toward the republican candidate across the country today.

In my state of North Carolina, we have gone from being an Obama state to a battleground state, to a Romney state. Obama can mark The Old North State off his list. It ain’t gonna happen for him here.

The thing is — it’s happening across the country, this slow turning away from Obama. The pendulum is swinging from left back to right. That’s a good thing.

To be a bit more specific, it was/is Obama’s socialism, his obvious love for Marxism, and his burning desire to — as he said –”fundamentally transform” this country.

Here’s the thing: Americans don’t want fundamental change. Oh, we will allow you to fiddle around the edges, a bit, but when you begin fooling around with the basic fundamentals of what America means, what America stands for, and you begin to demean America in the eyes of Americans — you are finished. Obama is finished.

I think America was willing to give the first black President of America a chance. The electorate did that in 2008 — and many now rue the day. His first two years in office he had control of two branches of the three-branch US government made up of his team players — democrats. He blew it — pushing the largest socialist program to come down the American pike in the history of the country –socialized medicine known as Obamacare.

By the time he had completed that task he had so angered Americans that the dye was cast. His days in office were numbered.

In 2010 the electorate deliberately sent a new team of conservatives to Congress with the mission to block, obfuscate, or plainly put, do whatever was necessary to stop Obama and see to it that he could do no more harm to the country until we could get back to the polls in November of 2012 to rid ourselves of the Obama menace to America and to America’s capitalist society. Yes, it was self-imposed gridlock. Obama and his minions HAD to be restrained for the sake of the country — and, for the most part, they were.

For nearly four years now Americans have had a taste of what a socialist system would look like in America. It finally became clear that if Obama and his fellow socialists had their way — America’s middle class would cease to exist.

It took a while for this lesson to sink in. But it did, and now Americans are fighting mad.

So, they are turning to Mitt Romney and Paul Ryan, the GOP candidates for President and Vice-President, to use their skills at business and economics to stop America’s slow collapse and begin the restoration process so at least SOME of the damage done by Obama can be repaired. It will, we know, take many years to right our ship of state and our economy.

There is a poll I’d like to suggest to the various polling companies. How about asking how many voted for Obama and are now ashamed of their vote. I think, there is a huge swath of the electorate who did, in fact, vote for Obama, believing he could do all those things he touted and promised. They are now embarrassed by that vote — but they are not going to openly admit it. They will make a conscious effort to atone for that mistaken vote in the voting booth in a few days.

We Americans ARE different. We ARE unique. That which works for Europe will not work for the USA. Most of us hail from families that left Europe generations ago to come to America PRECISELY BECAUSE America was/is different. Opportunity in America was limited only by a man’s ambition and ability. The individual American built this country — not the government. In fact, it was the individual Americans from the thirteen colonies that built the US government.

The task is clear. Our government is in trouble. It has grown so huge and become so intrusive that IT has now become the primary obstruction in the path to the continued success of individual Americans. That must change. It must change NOW. Four years from now will be too late.

Obama’s socialism has no place in America. It is a policy of personal defeat practiced by the defeated people of a defeated nation who live in constant fear. Obama’s agenda to foist his brand of socialism off on America has enraged the populace in a manner I have not experienced in my (well over) seven decades of life. It is palpable. Obama’s agenda is not to build America up and help her claim the high ground again. No! His agenda is to manage America’s decline! How totally un-American is that?!

“Live free or die” is not just a state motto, or a nice sounding slogan. It is the TRUTH. A nation cannot truly live unless it is free.

We Americans must reclaim our birthright of freedom in November and get our country restored, set right, and moving upwards again. Else — we die.

We’ve Had It With Obama’s Socialism … J. D. Longstret.

← Iran increases underground nuclear capacity sharply: diplomats
‘Sparks fly’ over US policy on Iran at meeting between Netanyahu and US envoy →