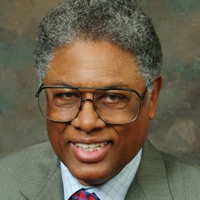 Years, and sometimes decades, pass between my visits to movie theaters. But I drove 30 miles to see the movie 2016: Obama’s America, based on Dinesh D’Souza’s best-selling book, The Roots of Obama’s Rage. Where I live is so politically correct that such a movie would not even be mentioned, much less shown.

Every seat in the theater was filled, even though there had been an earlier showing that day, and more showings were scheduled for the rest of the afternoon and evening. I had to sit on a staircase in the balcony, but it was worth it.

The audience was riveted. You could barely hear a sound from them, or detect a movement, and you certainly could not smell popcorn. Yet the movie had no bombast, no violence, no sex, and no spectacular visual effects.

The documentary itself was fascinating, as D’Souza presented the story of Barack Obama’s life and view of the world in a very conversational sort of way, illustrating it with visits to people and places around the world that played a role in the way Obama’s ideas and beliefs evolved.

It was refreshing to see how addressing adults as adults could be effective, in an age when so many parts of the media address the public as if they were children who need a constant whirlwind of sounds and movements to keep them interested.Dinesh D’Souza’s own perspective, as someone born in India who came to America and became an American, provided a special insight into the way people from the Third World often perceive or misperceive the United States and the Western world.

That Third World perspective is Obama’s perspective, D’Souza demonstrates in this documentary, as in his book — and it is a perspective that is very foreign to that of most Americans, which may be why some believe that Obama was born elsewhere.

D’Souza is convinced that the president was born in Hawaii, as Obama claims, and argues that it was not only Obama’s time living in Indonesia and his emotionally charged visits to his father’s home in Africa that have had a deep and impassioned effect on his thinking.

The story of Barack Obama, however, is not just the story of how one man came to be the way he is. It is a much larger story about how millions of Americans came to vote for, and some to idolize, a man whose fundamental beliefs and values are so different from their own.

For every person who sees Obama as somehow foreign, there are many others who see him as a mainstream American political figure — and an inspiring one.

This D’Souza attributes to Barack Obama’s great talents in rhetoric, and his ability to project an image that resonates with most Americans, however much that image may differ from, or even flatly contradict, the reality of Obama’s own ideological view of the world.

What is that ideological view?

Whatever its factual weaknesses, it is an emotionally powerful vision, to which many people have dedicated their lives and for which some have even risked their lives. Some of these people appear in this documentary, as they have appeared throughout the formative phases of Barack Obama’s life.

The Reverend Jeremiah Wright is just the most visible and vocal of a long line of people who played crucial roles in Obama’s evolution. When Wright thundered about how “white folks’ greed runs a world in need,” he captured the essence of the anti-colonial vision.

But many of the other mentors, allies, family members, and friends of Barack Obama over the years were of the same mind-set, as this documentary demonstrates.

More important, the movie 2016 demonstrates how so many of Obama’s actions as president of the United States, which D’Souza had predicted on the basis of his study of Obama’s background, are perfectly consistent with that ideology, however inconsistent they might be with the rhetoric that gained him the highest office in the land.