In his latest display of his full USA federal government dictatorship over both the American people and the former co-branches of government, Dictator Obama is warning the Supreme Court to either rule in his favor or face severe consequences.

Fox News’ Martha McCallum advised Thursday that the Obama Administration has been quietly sending missives to the Supreme Court threatening that if it doesn’t rule in his favor on ObamaCare, Medicare will face disruption and “chaos.” Therefore, if SCOTUS rules in favor of the US Constitution, Obama & Co will begin its campaign to either destroy Medicare or make those on it suffer greatly. The Obama syndicate is said to be threatening to hold off Medicare payments to doctors and hospitals if SCOTUS does not comply with Obama’s demands and submit to him.

As an additional example of Obama’s illegal and (I believe) highly treasonous behaviors, on 1 May and 2 May Obama issued two additional unconstitutional and illegal Executive Orders. The first E.O., issued 1 May 2012, makes the USA subject to “international regulations” as opposed to looking to and following the US Constitution. Also, with this new E.O., the US FDA will now be able to be bypassed by International committees—thus, replacing the FDA with any international group which may be chosen. In essence, Obama is quickly eliminating US Sovereignty and selling the USA to the international “community.” 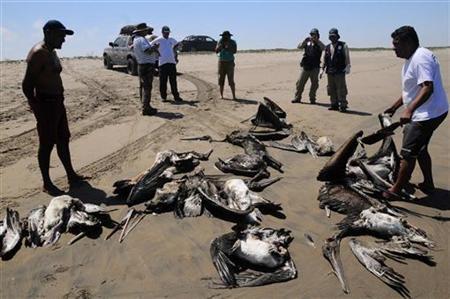 AMERICANS have watched austerity sweep Europe with a certain Schadenfreude. But eight months from now they may get a dose of the same medicine. The political compromises that have produced much of America’s deficit of 8% of GDP are programmed to go into reverse at the end of the year, two months after the election. A stimulus package consisting of a payroll-tax cut, investment tax credit and enhanced unemployment insurance expires then, as do George W. Bush’s tax cuts (which have already been extended by two years from their original end-date of 2010). At the same time an automatic, across-the-board cut in domestic and defense spending, called a “sequester”, takes effect, cutting about $100 billion from government spending next year.

The economic impact of this fiscal cliff is a matter of some debate. The Congressional Budget Office reckons that the combined effects of the sequester and the expiring tax cuts would add up to 3.6% of GDP in fiscal 2013. But David Greenlaw of Morgan Stanley, which puts the total effect at almost $700 billion at an annual rate, argues that the calendar-year impact is much larger, at around 5%. Others think the effect would be smaller, noting that some people will not experience the full tax hit until they file their returns in 2014.Even the lower estimates could easily be enough to tip the economy back into recession. Mr Greenlaw says the closest precedent was in 1968, when individual, corporate, excise and payroll taxes collectively rose by the equivalent of 3.1% of GDP, mostly to pay for the Vietnam war and to damp down inflation. The next year, the economy fell into recession.

In America in 1968, as in Europe today, austerity was an explicit goal. It is not so in America now. Although both parties seem prepared to let the stimulus measures expire, neither party wants all the Bush tax cuts to end, or the sequester to take effect. But since they have radically different ideas of what should take their place, the question cannot be settled until after the election.

If Barack Obama is re-elected, he will presumably be more willing to let the Bush cuts expire than he was during his first term. He may well not have to worry about the Treasury hitting its debt ceiling until next February. Republicans, who will probably still control the House of Representatives and possibly the Senate, may realize this. They may thus be more ready to strike a grand bargain—a deficit plan that both raises some new tax revenue and reduces the growth of entitlements, such as government-funded pensions.

But it would be hard to pass such complex changes by December 31st. At best, the two sides may agree on a framework for a bargain. They would then probably extend some or all of the Bush tax cuts and delay the sequester for a year. Yet there is no guarantee they would use that time wisely and reach a deal. Credit-rating agencies may well lose patience.

If Mitt Romney wins, Republicans, who would probably in that case control the Senate as well as the House, would have no incentive to negotiate with a lame-duck president. They would wait until Mr Romney is sworn in, then (retroactively) make the Bush tax cuts permanent, insulate defense spending from the sequester, and repeal Mr Obama’s health-care reform using a parliamentary process that cannot be filibustered. All that would take months. In the interim Mr Obama would presumably not, as his last act as president, extend the tax cuts he loathes so much or spare Republicans the pain of the sequester. The full force of unintended austerity would bite—for at least a few months.

MONTERREY, Mexico – Twenty-three people were found murdered Friday in the Mexican border city of Nuevo Laredo, including 14 whose dismembered remains were left in a van, authorities said.

Nine bodies were spotted at about 1:00 a.m. hanging from an overpass at a major intersection, a source in the Tamaulipas state Attorney General’s Office said.

The five men and four women had their eyes covered and bore signs of torture, a municipal official said.

Accompanying the bodies was a message from the Los Zetas gang identifying the victims as employees of the rival Gulf drug cartel killed for “heating up the territory” by carrying out violent acts that attracted more attention from the security forces.

The message from the Zetas accused the victims of involvement in an April 24 grenade attack on municipal police headquarters in Nuevo Laredo, just across the border from Laredo, Texas.

Just hours later, the dismembered remains of 14 people were found wrapped in plastic bags inside a van abandoned in front of the Mexican customs service office in the city.

The victims’ severed heads were left in coolers near Nuevo Laredo city hall.

The killers did not leave any message.

Los Zetas, a group founded by deserters from a U.S.-trained special forces unit, started out as the armed wing of the Gulf cartel, but the two criminal organizations later had a falling out and the Zetas went into the drug business on their own account, gaining control of several lucrative territories.

Media reports say the Sinaloa and Gulf cartels have formed an alliance to fight Los Zetas, but this has not been confirmed by Mexican officials.

Fourteen dismembered bodies found April 17 in a vehicle parked near city hall were accompanied by a message bearing the purported signature of Joaquin “El Chapo” Guzman, fugitive boss of the Sinaloa cartel.

The note said the Sinaloa outfit had come to Nuevo Laredo to cleanse the city of the Zetas.

Conflict among rival cartels and between criminals and the security forces has claimed more than 50,000 lives in Mexico since December 2006, when newly inaugurated President Felipe Calderon militarized the struggle against organized crime. EFE

Comments Off on 23 Slain in Mexican Border City