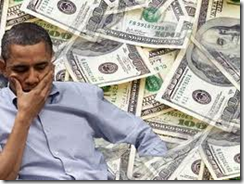 By Marc A. Thiessen,
Published: November 14

Insider trading is illegal — except for members of Congress. A Wall Street executive who buys or sells stock based on insider information would face a Securities and Exchange Commission investigation and quite possibly a federal prosecutor. But senators and congressmen are free to legally trade stock based on nonpublic information they have obtained through their official positions as elected officials — and they do so on a regular basis.

On Sunday night, CBS News’ “60 Minutes” looked into this form of “lawful graft.” The “60 Minutes” story exposed, among others, then-House Speaker Nancy Pelosi for participating in a lucrative initial public offering from Visa in 2008 that was not available to the general public, just as a troublesome piece of legislation that would have hurt credit card companies began making its way through the House (the bill never made it to the floor). And it showed how during the 2008 financial crisis, Rep. Spencer Bachus (R-Ala.) — then-ranking Republican on the House Financial Services Committee — aggressively bought stock options based on apocalyptic briefings he had received the day before from Federal Reserve Chairman Ben Bernanke and Treasury Secretary Hank Paulson.

The report was based on an explosive new book by Peter Schweizer that will hit stores on Tuesday. It’s called “Throw Them All Out: How Politicians and Their Friends Get Rich off Insider Stock Tips, Land Deals, and Cronyism That Would Send the Rest of Us to Prison.” (Full disclosure: Schweizer is a close friend, a former White House colleague and my business partner in a speechwriting firm, Oval Office Writers.

The “60 Minutes” story only scratches the surface of what Schweizer has uncovered. For example, Bachus was not the only member of Congress trading on nonpublic information during the financial crisis. On Sept. 16, 2008, Schweizer writes, Paulson and Bernanke held a “terrifying” closed-door meeting with congressional leaders. “The next day Congressman Jim Moran, Democrat of Virginia, a member of the Appropriations Committee, dumped his shares in ninety different companies . . . [his] most active trading day of the year.”

Rep. Shelley Capito (R-W.Va.) and her husband “dumped between $100,000 and $250,000 in Citigroup stock the day after the briefing,” Schweizer writes, and “at least ten U.S. senators, including John Kerry, Sheldon Whitehouse, and Dick Durbin, traded stock or mutual funds related to the financial industry the following day.” Durbin, Schweizer says, “attended that September 16 briefing with Paulson and Bernanke. He sold off $73,715 in stock funds the next day. Following the next terrifying closed-door briefing, on September 18, he dumped another $42,000 in stock. By doing so, Durbin joined some colleagues in saving themselves from the sizable losses that less-connected investors would experience.” Some members even made gains on their trades, at a time when ordinary Americans without insider knowledge were seeing their life savings evaporate.

Schweizer also documents numerous examples of how members of Congress of both parties — including Pelosi, Senate Majority Leader Harry Reid and former House speaker Dennis Hastert — have used federal earmarks to enhance the value of their own real estate holdings. They have done so, Schweizer shows, by extending a light-rail mass transit line near their property, expanding an airport, cleaning up a nearby shoreline, building roads and bridges, and beautifying land and neighborhoods nearby — in each case “substantially increasing values and the net worth of our elected officials, courtesy of taxpayer money.”

Perhaps the most disturbing revelations come from Schweizer’s investigation into the Obama Energy Department and its infamous “green energy” loan guarantee and grant programs, a program Schweizer calls “the greatest — and most expensive — example of crony capitalism in American history.” The scandal surrounding Solyndra — the now-bankrupt, Obama-connected solar power company that received a federally guaranteed loan of $573 million — is well known. But Solyndra, Schweizer says, is only the tip of the iceberg. According to his research, at least 10 members of President Obama’s campaign finance committee and more than a dozen of his campaign bundlers were big winners in getting tax dollars from these programs. One chart in the book details how the 10 finance committee members collectively raised $457,834, and were in turn approved for grants or loans of nearly $11.4 billion — quite a return on their investment.

In the loan-guarantee program alone, Schweizer writes, “$16.4 billion of the $20.5 billion in loans granted went to companies either run by or primarily owned by Obama financial backers — individuals who were bundlers, members of Obama’s National Finance Committee, or large donors to the Democratic Party.” That is a staggering 71 percent of the loan money.

Schweizer cites example after example of companies that received grants or loans and documents their financial connections to the Obama campaign and the Democratic Party. And he shows how “the [Energy] department’s loan and grant programs are run by partisans who were responsible for raising money during the Obama campaign from the same people who later came to seek government loans and grants.”

There is much, much more, which means that when Schweizer’s book hits stores Tuesday, heads in Washington are going to explode.