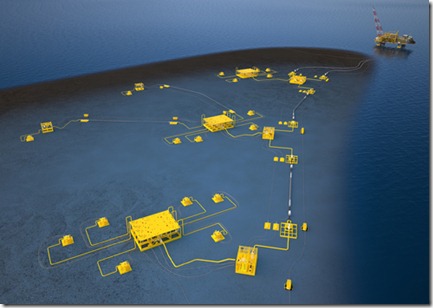 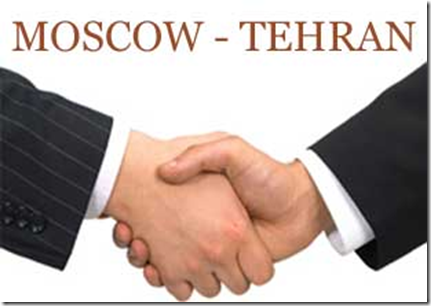 WASHINGTON – The Russian military anticipates that an attack will occur on Iran by the summer and has developed an action plan to move Russian troops through neighboring Georgia to stage in Armenia, which borders on the Islamic republic, according to informed Russian sources.

Russian Security Council head Viktor Ozerov said that Russian General Military Headquarters has prepared an action plan in the event of an attack on Iran.

Dmitry Rogozin, who recently was the Russian ambassador to the North Atlantic Treaty Organization, or NATO, warned against an attack on Iran.

“Iran is our neighbor,” Rogozin said. “If Iran is involved in any military action, it’s a direct threat to our security.” Rogozin now is the deputy Russian prime minister and is regarded as anti-Western. He oversees Russia’s defense sector.

The implication of preparing to move Russian troops not only is to protect its own vital regional interests but possibly to assist Iran in the event of such an attack. Sources add that a Russian military buildup in the region could result in the Russian military potentially engaging Israeli forces, U.S. forces, or both.

Informed sources say that the Russians have warned of “unpredictable consequences” in the event Iran is attacked, with some Russians saying that the Russian military will take part in the possible war because it would threaten its vital interests in the region.

The influential Russian Nezavisimaya Gazeta newspaper has quoted a Russian military source as saying that the situation forming around Syria and Iran “causes Russia to expedite the course of improvement of its military groups in the South Caucasus, the Caspian, Mediterranean and Black Sea regions.”

This latest information comes from a series of reports and leaks from official Russian spokesmen and government news agencies who say that an Israeli attack is all but certain by the summer.

Because of the impact on Russian vital interests in the region, sources say that Russian preparations for such an attack began two years ago when Russian Military Base 102 in Gyumri, Armenia, was modernized. It is said to occupy a major geopolitical position in the region.

Families of Russian servicemen from the Russian base at Gyumri in Armenia close to the borders of Georgia and Turkey already have been evacuated, Russian sources say.

“Military Base 102 is a key point, Russia’s outpost in the South Caucasus,” a Russian military source told the newspaper. “It occupies a very important geopolitical position, but the Kremlin fears lest it should lose this situation.”

With Vladimir Putin returning to the Russian presidency, the prospect that he again would order an attack on Georgia as he did in August 2008 also has become a possibility, these informed sources say.

The Russians believe that Georgia would cooperate with the United States in blocking any supplies from reaching Military Base 102, which now is supplied primarily by air. Right now, Georgia blocks the only land transportation route through which Russian military supplies could travel.

Fuel for the Russian base in Armenia comes from Iran. Russian officials believe this border crossing may be closed in the event of a war.

“Possibly, it will be necessary to use military means to breach the Georgian transport blockade and establish transport corridors leading into Armenia,” according to Yury Netkachev, former deputy commander of Russian forces in Transcaucasia. Geography of the region suggests that any such supply corridor would have to go through the middle of Georgia approaching Georgia’s capital of Tbilisi given the roads and topography of the country.

In September, the Russian military plans to hold its annual military exercises called Kavkaz 2012. However, informed Russian sources say that preparations and deployments of military equipment and personnel already have begun in anticipation of a possible war with Iran.

These sources report that new command and control equipment has been deployed in the region capable of using the Russian GPS system, GLONASS for targeting information.

“The air force in the South Military District is reported to have been rearmed almost 100 percent with new jets and helicopters,” according to regional expert Pavel Felgenhauer of the Washington-based Jamestown Foundation.

In 2008, Felgenhauer pointed out, Kavkaz 2008 maneuvers allowed the Russian military to covertly deploy forces that successfully invaded Georgia in August of that year.

Defense Minister Anatoly Serdyukov already has announced that new Spetznaz, or Special Forces units, will be deployed in Stavropol and Kislovodsk, which are located in the North Caucasian regions.

Russian sources say that the Russian military believes that if the U.S. goes to war with Iran, it may deploy forces into Georgia and warships in the Caspian Sea with the possible help of Azerbaijan, which since has stated that it will not allow its territory to be used by Israel to launch an attack on neighboring Iran.

There had been speculation that given the improved relations between Israel and Azerbaijan, the Jewish state may use bases from which to launch air attacks on neighboring Iran’s nuclear sites. Israel recently agreed to sell Azerbaijan $1.6 billion in military equipment.

A further irritant to Georgia’s President Mikhail Saakashvili is the prospect that Russian assault airborne troops, or VDV units, with helicopters could be moved into Georgia’s two breakaway provinces of Abkhazia and South Ossetia. These two provinces were taken by the Russian military during the August 2008 Russian-Georgian war. Initially they were declared by Moscow to be independent countries, but now the Kremlin is indicating they may be annexed to Russia.

Similarly, Lt. General Vladimir Shamanov, commander of the VDV, has announced that Russian troops in Armenia will be reinforced by paratroopers, along with attack and transport helicopters.

“The Russian spearhead (from the Transcaucasia region) may be ordered to strike south to prevent the presumed deployment of U.S. bases in Transcaucasia, to link up with the troops in Armenia and take over the South Caucasus energy corridor along which Azeri, Turkmen and other Caspian natural gas and oil may reach European markets,” Felgenhauer said.

“By one swift military strike, Russia may ensure control of all the Caucasus and the Caspian states that were its former realm, establishing a fiat accompli the West, too preoccupied with Iran, would not reverse,” he said.

“At the same time, a small victorious war would unite the Russian nation behind the Kremlin, allowing it to crush the remnants of the prodemocracy movement ‘for fair elections,’ and as a final bonus, Russia’s military action could perhaps finally destroy the Saakashvili regime.”

Putin has made no secret that he despises Saakashvili and with his return to the presidency, he may consider taking out the Georgian president as unfinished business. Just as in 2008, Putin will not have much to worry about if he sends Russian troops into Georgia, since there was muted reaction from the U.S. and the European countries to the Russian invasion and subsequent occupation.

F. Michael Maloof, staff writer for WND’s G2Bulletin, is a former senior security policy analyst in the Office of the Secretary of Defense. He can be contacted at  mmaloof@wnd.com.