Removing the disconnect between talk and action on energy policy 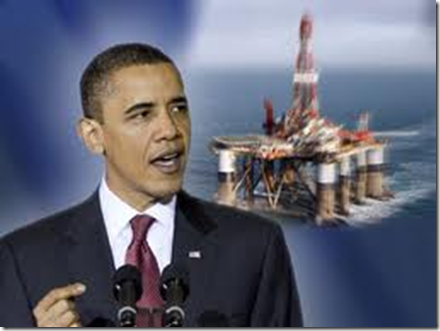 Let’s be clear: The U.S. oil and natural gas industry does not receive special “subsidies” or “preferences.” Such claims simply don’t accord with the facts.

The fact is that what some call “subsidies” are legitimate provisions of the U.S. tax code that treat our industry the same as other industries. The efforts to prevent oil companies from accessing these provisions achieve nothing but raising the tax burden on the companies that find, produce and manufacture the fuels that are the foundation of the U.S. economy.

One example is the Section 199 domestic production activities provision, which exists to support new investment and employment opportunities across U.S. industries. Those who produce or manufacture items in America, including auto makers, software developers, movie producers, and newspaper publishers, qualify for it. Yet critics call this a “subsidy” for those who produce the oil and natural gas used by American consumers – this despite the fact that our industry actually gets a smaller Section 199 deduction than all other qualifying industries.

Another example is the deduction for the costs of drilling the wells to produce domestic oil and natural gas. The U.S. tax code allows companies, no matter the industry, to recover their costs in earning income. So denying or delaying the deduction of our industry’s costs – largely the salary costs of those drilling oil and gas wells – will treat our industry differently than most others. Furthermore, such measures will actually increase the costs of producing oil and natural gas in the U.S.

These are just a couple of examples of what critics are referring to when they erroneously claim that oil and gas companies receive $4 billion per year in special “subsidies” or “preferences.” When these measures are combined with other proposals to increase the industry’s taxes, they amount to an $85 billion tax hike for the U.S. oil and gas industry over the next decade – and untold consequences for U.S. energy security and global competitiveness.

What such proposals will do is increase costs for a company to manufacture a product. It is hard to see how increasing costs on manufacturers helps American consumers.

The reality is that we need to put in place the policies now that will help address our long-term energy needs. Instead of trying to convince people that standard tax provisions are actually special-interest subsidies, our nation would be better served by policies that encourage more energy development so that industry can increase supplies to the market.

We could start by increasing access to America’s own resources.

Currently, about 85 percent of all U.S. offshore areas remain off-limits to oil and gas development. As I’ve mentioned before, a recent study shows that polices that support greater access to resources in the U.S. and Canada would not only increase domestic supplies, but would also create 1.4 million jobs and generate more than $800 billion in government revenue by 2030.

One of those job creators is the Keystone XL pipeline, but that’s not the only reason it should be approved. In Canada, our industry is developing oil sands that are giving us access to one of the world’s largest-known reserves of energy – approximately 170 billion recoverable barrels, or the energy equivalent to fueling today’s North American vehicle fleet for about 35 years.  The energy industry’s innovative techniques and technologies are allowing us to develop these resources in safe and environmentally responsible ways.

If our nation’s leaders were to consider our industry’s contributions to the economy and to government revenue, the conversation could be more constructive. U.S. oil and natural gas companies contribute much more to the U.S. economy than the oil and gas that fuel it. For example, in 2011, ExxonMobil alone contributed $72 billion to the U.S. economy by paying our taxes, producing returns for our shareholders, paying our employees and investing in energy projects around the country. Our $12 billion in U.S. taxes to local, state and federal governments in 2011 exceeded our U.S. operating earnings by more than $2 billion.

I encourage you to compare what’s being said with what’s actually being done when it comes to policies that support domestic energy development. There’s a disconnect between the two.