Obama, the politics of the SPR and energy (lack of) exploration! 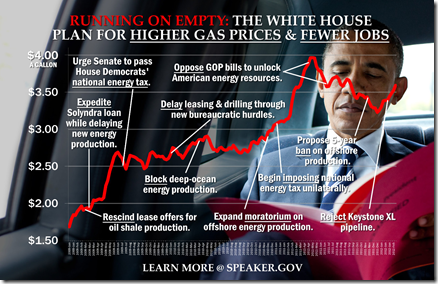 For starters, what is the Strategic Petroleum Reserve (SPR)?

The SPR was created in the United States after the Arab oil embargo that occurred between 1973 and 1974. It holds over 700 million gallons of crude oil and was initially to provide crude oil during any major supply interruption to the US.

Its mandate was expanded by Congress later to include potential release to address a severe spike in oil prices. It is in effect a national security tool for a president!

There is not however any legal rationale to tap the SPR for use as a political tool, which is what a release decision by President Obama at this point in time would seem to be.

If however some incident along the lines of Iran preventing shipments through the Strait of Hormuz were to occur, that would be an entirely different story.

Forgetting for a moment about the SPR, what about the reserves that the Obama administration has refused to tap?

It is an absolute truism that any release from the SPR designed to effect a decrease in crude oil prices would be a short-lived one at best as the country currently consumes over 18 million barrels a day. The last sale out of the SPR was 30 million barrels in 2011 or less than a two-day supply! 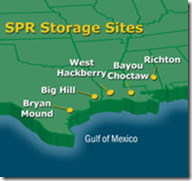 Another even more important truism is provided by examining the graphic above.

This graphic shows that the moves made by this President, instead of lowering energy prices and boosting jobs and the economy, will instead have the effect of higher crude oil prices, less jobs and a slower economy.

It all makes one wonder, yet again, about some of the choices of this White House.

I think that it is fair to say that basically any way you slice it, for this President most if not all decisions are about politics and an administration doing whatever is necessary to try and get a 2nd-term in office.

A belief in letting the chips fall where they may as long as any political benefit may exist!

Finally, to provide some historical perspective about the use of the SPR consider:

* 1996-97 Nonemergency sales – Sold 28.1 million barrels (5.1 million in Weeks Island sale to pay for decommissioning of storage site and transfer of its oil; 12.8 million to reduce the federal budget deficit; 10.2 million to pay for the cost of operating the SPR).

* June 2006 – Loaned 750,000 barrels of sour crude to ConocoPhillips and Citgo after the Calcasieu Ship Channel closed and deliveries stopped to Louisiana refineries.

* Sept 2004 – Loaned 5.4 million barrels of sweet crude due to disruptions in the Gulf of Mexico caused by Hurricane Ivan.

* June 2000 – Loaned 500,000 barrels each to Citgo and Conoco after the Calcasieu Ship Channel closed and blocked crude oil shipments to Louisiana refineries.

Comments Off on Obama, the politics of the SPR and energy (lack of) exploration!