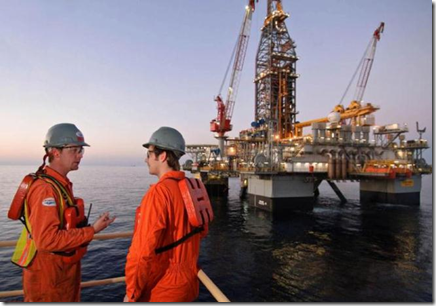 Ensco plc has entered into a contract for ENSCO 8506 semisubmersible drilling rig with Anadarko Petroleum Corporation. The initial contract term is for two and one-half years in the U.S. Gulf of Mexico at a day rate of $530,000, plus cost adjustments. The contract adds more than $480 million to revenue backlog.

Delivery of ENSCO 8506 from Keppel FELS Limited shipyard in Singapore is scheduled for third quarter 2012 followed by contract commencement in fourth quarter 2012 once mobilization, sea trials and acceptance testing have been completed.

Chairman, President and Chief Executive Officer Dan Rabun was pleased with the contract, “We are very pleased that Anadarko has chosen to contract a third ENSCO 8500 Series® rig for its drilling programs. Anadarko was an early advocate of the ENSCO 8500 Series® design and contracted ENSCO 8500 back in 2005.”

ENSCO 8500 commenced operations in 2009, and soon thereafter, drilled Anadarko’s major Lucius Discovery in the U.S. Gulf of Mexico. In October 2011, Anadarko contracted ENSCO 8505 as part of a rig sharing agreement with Apache and Noble Energy. ENSCO 8505 is scheduled to commence operations in the second quarter of this year.

ENSCO 8506 is the final of seven rigs in the ENSCO 8500 Series®. For the first three quarters of 2011, these rigs that have operated in Asia, North America and South America achieved 97% utilization. Ensco is ranked #1 in overall customer satisfaction and #1 in deepwater drilling by EnergyPoint, an independent survey firm.