Entrepreneurs from around the world want to gain a toehold in Silicon Valley, but not all of them have access.

That’s where Blueseed, a Peter Thiel-backed startup based in Sunnyvale, Calif., comes in.

The company aims to sidestep the U.S. current regulations by building vessels that would float in international waters near Silicon Valley and serve as technology incubators for entrepreneurs who can’t get visas to do business in the U.S., according to a recent AP article.

Blueseed says on its website that it plans to launch the so-called “Googleplex of the seas” in the third quarter of 2013. In addition to living spaces, the ship will be equipped with cafeterias, recreation facilities and ferry service to the San Francisco area.

Prices for a basic room are expected to start at $1,200 per month.

Blueseed shared some of their latest renderings with us–for that price, how do they stack up against current living accommodations in Silicon Valley? 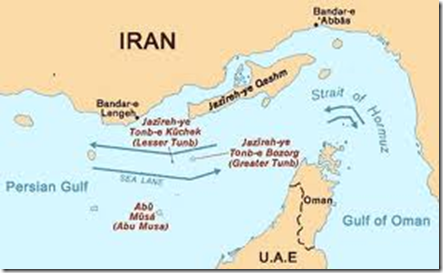 (Reuters) – Iran threatened on Tuesday to stop the flow of oil through the Strait of Hormuz if foreign sanctions were imposed on its crude exports over its nuclear ambitions, a move that could trigger military conflict with economies dependent on Gulf oil.

Western tensions with Iran have increased since a November 8 report by the U.N. nuclear watchdog saying Tehran appears to have worked on designing an atomic bomb and may still be pursuing research to that end. Iran strongly denies this and says it is developing nuclear energy for peaceful purposes.

Iran has defiantly expanded nuclear activity despite four rounds of U.N. sanctions meted out since 2006 over its refusal to suspend sensitive uranium enrichment and open up to U.N. nuclear inspectors and investigators.

Many diplomats and analysts believe only sanctions targeting Iran’s lifeblood oil sector might be painful enough to make it change course, but Russia and China – big trade partners of Tehran – have blocked such a move at the United Nations.

Iran’s warning on Tuesday came three weeks after EU foreign ministers decided to tighten sanctions over the U.N. watchdog report and laid out plans for a possible embargo of oil from the world’s No. 5 crude exporter.

“If they (the West) impose sanctions on Iran’s oil exports, then even one drop of oil cannot flow from the Strait of Hormuz,” the official Iranian news agency IRNA quoted Iran’s First Vice President Mohammad Reza Rahimi as saying.

Rahimi’s remarks coincided with a 10-day Iranian naval exercise in the Strait and nearby waters, a show of military force that began on Saturday and coincides with the heightened Western pressure on Tehran.

“Our enemies will give up on their plots against Iran only if we give them a firm and strong lesson,” Rahimi said.

EU ministers said on December 1 that a decision on further sanctions would be taken no later than their January meeting but left open the idea [ID:nL5E7N92VF] of an embargo on Iranian oil.

Countries in the 27-member European Union take 450,000 barrels per day of Iranian oil, about 18 percent of the Islamic Republic’s exports, much of which go to China and India. EU officials declined to comment on Tuesday.

About a third of all sea-borne oil was shipped through the Strait of Hormuz in 2009, according to the U.S. Energy Information Administration (EIA), and U.S. warships patrol the area to ensure safe passage.

Most of the crude exported from Saudi Arabia, Iran, the United Arab Emirates, Kuwait and Iraq – together with nearly all the liquefied natural gas from lead exporter Qatar – must slip through the Strait of Hormuz, a 4-mile wide shipping channel between Oman and Iran.

Iran has also hinted it could hit Israel and U.S. interests in the Gulf in response to any military strike on its nuclear installations – a last resort option hinted at by Washington and the Jewish state.

However, some analysts say Iran would think hard about sealing off the Strait since it could suffer just as much economically as Western crude importers, and could kindle war with militarily superior big powers.

“To me, if Iran did that it would be a suicidal act by the regime. Even its friends would be its enemies,” said Phil Flynn, analyst at PFG Best Research in Chicago.

Iranian Oil Minister Rostam Qasemi had said that Saudi Arabia had promised not to replace Iranian crude if sanctions were imposed.

“No promise was made to Iran, its very unlikely that Saudi Arabia would not fill a demand gap if sanctions are placed,” an industry source familiar with the matter said.

Gulf delegates from the Organization of the Petroleum Exporting Countries (OPEC) said an Iranian threat to close the Strait of Hormuz would harm Tehran as well as the major regional producers that also use the world’s most vital oil export channel.

Crude oil futures jumped nearly a dollar to over $109 a barrel after the Iranian threat, but a Gulf OPEC delegate said the effect could be temporary. “For now, any move in the oil price is short-term, as I don’t see Iran actually going ahead with the threat,” the delegate told Reuters.

The industry source said that in the case of EU sanctions, Iran would most likely export more of its crude to Asia, while Gulf states would divert their exports to Europe to fill the gap until the market is balanced again.

A prominent analyst said that if Iran did manage to shut down the Strait of Hormuz, the ensuing spike in oil prices could wreck the global economy, so the United States was likely to intervene to foil such a blockade in the first place.

“First, the U.S. will probably not allow Iran to close the Strait. That’s a major economic thoroughfare and not just for oil. You shut that Strait and we are talking a major hit on many Middle East economies,” said Carl Larry, president of Oil Outlooks in New York.

“Second, there is no way that the Saudis (alone) have enough oil or quality of oil to replace Iranian crude. Figure Saudi spare capacity is 2 to 4 million at best. Of that spare, about 1-2 million is real oil that is comparable out of Iran. Lose Iran, lose 3.5 million barrels per day of imports. No way.”

French President Nicolas Sarkozy proposed hitting Iran with an oil embargo and won support from Britain, but resistance to the idea persists within and outside the European Union.

An import ban might raise global oil prices during hard economic times and debt-strapped Greece has been relying on attractively financed Iranian oil.

Iran’s seaborne trade is already suffering from existing trade sanctions, with shipping companies scaling down or pulling out as the Islamic Republic faces more hurdles in transporting its oil.

Selecting the winners of this year’s Five Star Award – the Top 5 offshore Field Development Projects – was no easy task. The geographic distribution of candidates stretched from the Americas to Europe, Africa, Asia, and Australia. Technological innovation was widespread as well. After careful consideration, a consensus has been reached.

In no particular order, Offshore magazine’s Top 5 Offshore Field Development Projects of 2011 are:

With the completion of Line 1, developers of the (EURO)7.4-billion ($10-billion) Nord Stream project have realized the ambitious goal of moving Russian gas to European markets directly through the Baltic Sea. First announced in 2001, the project calls for the construction of two parallel 759-mi, 48-in. pipelines that will move natural gas from Vyborg, Russia, to Lubmin near Greifswald, Germany. The Nord Stream consortium includes Gazprom, Wintershall, E.ON Ruhrgas, Gasunie, and GDF SUEZ.

The Pazflor field offshore Angola boasts a number of firsts. Foremost among them is that it is the first-ever project to deploy a development plan based on gas/liquid separation at the mudline spanning several reservoirs. This technological innovation is what will make it possible to produce the heavy, viscous oil contained in three of the four reservoirs in this gigantic development in the Angolan deep offshore. Pazflor, operated by French oil company Total, lies 93 miles (150 kilometers) off Luanda in water depths ranging from 1,968 – 3,937 feet (600 to 1,200 meters) and has estimated proved and probable reserves of 590 MMbbl.

Saudi Aramco’s $8-billion Karan gas field project offshore Saudi Arabia is the first-ever non-associated gas development in the country. Currently, five wells are flowing 120 MMcf/d on the way to a design capacity of 1.8 bcf/d by 2013. The field produces gas via a 68-miles (110 kilometers) long subsea pipeline to the onshore Khursaniyah process facility. Plans call for approximately 20 total wells spread over four production platforms that tie in to a main platform with associated electrical power, communications, and remote monitoring and controls.

The achievement of first oil from the Statoil-operated Peregrino heavy oil field in Brazil in April marked a major milestone for the operator. It is the first field to be brought onstream by the company in Brazil and its largest operated field outside of Norway. And by bringing Peregrino’s 14°API crude to the surface, Statoil provided convincing testimony of its heavy oil expertise.

Discovered in December 2007, the LLOG Exploration-operated Who Dat field lies in an average water depth of 3,200 ft (975 m) in Mississippi Canyon blocks 503, 504, and 547, in the Gulf of Mexico. Three wells – two in MC 503 and one in MC 547 – have been completed, with 10 more infill wells to be drilled and completed in the coming months using the semisubmersible rig Noble Amos Runner. Notable achievements for the field development include the first use of the OPTI-EX design; the first use of an FPU built “on spec;” and the first use of a privately owned FPU.

The projects are selected on the basis of best use of innovation in production method, application of technology, and resolution of challenges, along with safety, environmental protection, and project execution.