Everything You Need To Know About The Shale Gas Revolution 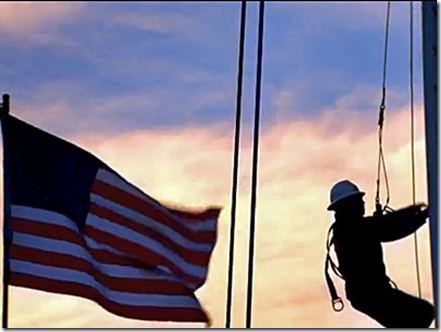 There has been a surge in domestic energy production in 2011, and a large part of it has been attributed to the shale boom. In fact, the U.S. has twice as much natural gas as Saudi Arabia has oil.

Shale gas is touted as a cleaner for of energy, and with its contribution to the economy, those in favor of recovering these resources argue that it would cut American and global dependence on OPEC.

Yet ‘fracking,’ a crucial part of shale gas extraction, is considered dangerous and many fear its impact on the environment. In the EU, member states are diverging significantly in national policy responses to shale gas regulation.

Where does shale come from? How can you cash-in on the shale boom? Why is fracking so controversial? A report from UK think tank The Global Warming Policy Foundation gives us a quick breakdown of everything you need to know about shale gas market.

← The Euro Is Going To See A MASSIVE Drop In Value In The Next Four Months
Obama’s New Nationalism →
%d bloggers like this: