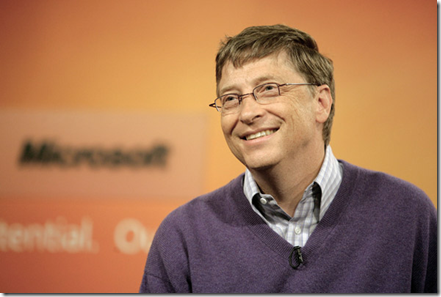 The world’s second richest man and one of its most influential philanthropists will today advise the G20 to ask government to make details of Uganda’s oil agreements public.

Microsoft founder Bill Gates is also expected to ask the G20 to ensure that government declares the money it receives from its oil resources. Mr Gates’ comments come a day after a parliamentary ad hoc committee started investigating allegations of corruption and unfair agreements in Uganda’s largely opaque oil sector which is expected to generate $2 billion per year at peak production, compared to a national budget of $3 billion.

“This oil revenue should have a huge impact on the government’s ability to address the needs of millions of poor Ugandans,” Mr Gates will today tell leaders of the G20, which include the world’s richest and most powerful countries. “However, we have no insight into the country’s oil leasing arrangements, and, as a result, Ugandan citizens have no means to protect their interests.”

Mr Gates’ comments on Uganda are part of a report on financing global development he has written for the G20 meeting at the request of French President Nicolas Sarkozy, who currently holds its rotational leadership. The full report will be published today.

Mr Gates has closely been following developments in Uganda where his Bill and Melinda Gates Foundation is a major donor to health projects, and is keen to see Uganda’s oil money spent transparently on social and economic development.

Ms Winnie Ngabiirwe of Publish What You Pay Uganda, a pro-transparency pressure group, said yesterday: “For a long time now, Ugandans have asked our government to do exactly what Mr Gates is asking for. Unfortunately, our government has continued to dismiss our concerns, treating the oil and gas sector with the highest level of secrecy. Making agreements accessible to Ugandans, and publishing what the country is earning is an important step necessary for fighting against corruption and embezzlement.”

Energy Minister Irene Muloni told Daily Monitor yesterday that there was no need to worry since the oil industry in Uganda is young. “All the appropriate laws will be put in place. Uganda’s oil resources will be adequately managed,” she said, advising this newspaper to seek President Museveni’s view over Mr Gate’s presentation.

Tullow Oil is in final stages of farming down two-thirds of its interest in Uganda’s oil fields to France’s Total and China’s CNOOC. In July 2010, the US passed the Dodd-Frank Act, which calls for all oil, gas and mining companies listed in the US to publish their payments to foreign governments.

This would include CNOOC, which is listed in the US, but not UK-listed Tullow.
However, last week the European Commission proposed a new law which would implement the same requirement for all 27 EU member countries.

If adopted, Tullow and Total would have to publish their payments to Uganda unless government passes a secrecy law making it explicitly illegal for any oil, gas or mining company to publish information about their activities in Uganda.

Mr Gates is also expected to encourage Uganda to sign up to the Extractives Industries Transparency Initiative (EITI) and gives an example of Ghana, which used the initiative to raise minimum mining royalties from three to six per cent. “The problem is that EITI is a voluntary initiative, and only five African countries are currently compliant, although more are working towards it,” Mr Gates says. “All G20 countries should require the mining and oil companies listed on their stock exchanges to disclose payments to governments.”