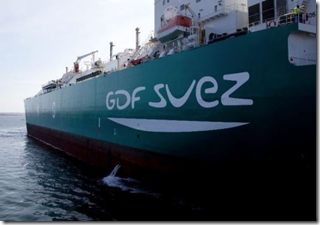 China’s demand for liquefied natural gas (LNG) is expected to surge five-fold to 44 million tonnes per annum (mtpa) by 2020, while the emergence of 10 new importing countries in Asia could add another 27 million tonnes of new demand each year, an executive from GDF Suez SA told an industry conference on Wednesday.

Booming Asian demand, combined with uncertainty over the pace of new supplies, could create lasting opportunities for supplies as far afield as the United States to flow into the Pacific, said Nicholas Zanen, vice-president of trading at U.S. energy company Cheniere Energy Inc .

Philip Olivier, president of GDF Suez’s LNG unit, said LNG demand in Asia and the Middle East was expected to grow by 95 million tonnes per year from 2010-2020 and although there was enough flexible supply in the medium term to sate Asian demand, new plants urgently needed to be build to meet long-term growth.

“We cannot underestimate LNG demand in China and India, and there is little additional volume available from the Atlantic Basin,” Olivier said.

GDF’s bullish forecast on China was in line with forecasts by state-owned China National Offshore Oil Corp, which estimated the country’s 2015 imports at 30 mtpa, driven by a surge in LNG-fuelled vehicles and development of LNG storage facilities.

To ride on Asia’s growth, Olivier told Reuters that the company was focused on building a supply base in Australia via its proposed Bonaparte floating LNG project.

“Australia is our No.1 priority at the moment because of its stability and proximity to Asian markets,” he said.

Although Australia’s gas exports are set to triple by 2017 to overtake Qatar as the world’s top LNG exporter, Olivier said the supply growth would not be enough to take away the premium in Asian prices.