← Why U.S. military in Uganda? Soros fingerprints all over it
Analysis: Rocky start for Uganda’s oil sector → 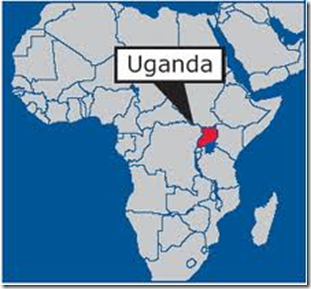 KAMPALA (Reuters) – Uganda‘s energy minister said she expects to send three petroleum bills to parliament by the end of the year as the government moves quickly to put laws in place to regulate the country’s nascent oil sector before the start of production.

Earlier in the week, President Yoweri Museveni said he would discuss a parliamentary vote to delay UK exploration company Tullow Oil‘s planned sale of stakes in local oil fields, pledging to defend the country’s interests in the case.

Earlier this week, Uganda’s parliament passed a resolution urging the government to withhold consent for Tullow‘s proposed deal with France’s Total and China’s CNOOC until laws were in place to regulate the industry.

“We’re working very hard, and we expect that by the end of this year we’ll have brought the three bills — Resource Management Bill, Revenue Management Bill and Value Addition Management Bill — to parliament,” Energy Minister Irene Muloni told a news conference on Saturday.

“The problem is that I can’t control the process thereafter. So how fast the bills will be debated and passed into law will depend on parliament, but at least on my side we’re moving very quickly.”

In March, Tullow said Uganda had assessed taxes of $472 million on its earnings from the sale, and it was disputing that figure. It has since begun an arbitration process before a tax appeals tribunal in Kampala.

The company, meanwhile, has been awaiting final government approval for the partnership, which would allow it to move ahead with a project to develop oil reserves.

Endorsement of the deal is expected to kick start a $10 billion investment to develop the country’s oil fields and start production.

Muloni said government officials expected to extract more favourable terms from companies in future oil deals because the discovery of oil has diminished the exploration risk for oil firms.

“Before the discovery we didn’t know what we had. We didn’t know whether we had oil or not, and for an oil company to bring in a big investment they needed stabilisation clause,” she said.

“Now we’re operating with certainty, we have the oil. So when we’re negotiating new deals, we’ll put up tough positions on the table.”

Hydrocarbon deposits were discovered along Uganda’s border with the Democratic Republic of Congo in 2006.

← Why U.S. military in Uganda? Soros fingerprints all over it
Analysis: Rocky start for Uganda’s oil sector →
%d bloggers like this: