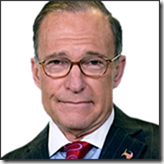 We thought tax reform meant lowering rates and broadening the base by eliminating or cutting back on various deductions, credits, and loopholes. That’s what the Bowles-Simpson commission proposed. That’s what Paul Ryan and David Camp are working on. And that’s the pro-growth model.

But President Obama unveiled a much different tax-reform vision in his much-anticipated debt speech on Wednesday. He would raise tax rates on upper-income earners and small businesses. He also would eliminate deductions and credits, or so called “tax expenditures.” The president referred to these tax-expenditure reductions as “spending cuts.” In his context, they most certainly are not. They are more tax hikes.

Basically, the president is giving successful earners and small-business filers a double tax hike. That’s what it really is.

Of course, the president’s formula of estimating higher revenues to lower the deficit is completely wrong. The reality is that higher tax rates will slow the economy, inhibit new start-up companies, penalize investors, and may very well lose revenues and increase the deficit.

In the latter part of his speech the president did mention some kind of middle-class and corporate tax reform. But he gave no specifics.

He also touted $750 billion in discretionary spending cuts, but again without any details. Most of that amount probably comes from the recent continuing resolution to avoid a budget shutdown. Since Obama is extrapolating out twelve years, who knows how this is scored.

On the entitlement front, Obama rejected Paul Ryan’s consumer-choice and competition approach to Medicare reform. Instead, he invoked the Obamacare central-planning agency called the Independent Payment Advisory Board, which is supposed to make reductions in Medicare. Medicare itself would exercise more price controls on prescription drugs, rolling back the consumer choice and competition established under George W. Bush.

In total, President Obama is claiming $4 trillion in deficit reduction over twelve years. But we’ll never see it. Interest expense savings is supposed to make up $1 trillion of that amount, while the rest will somehow come from a concoction of fewer tax deductions, higher tax rates, and $400 billion in defense-spending cuts.

In effect, the president has moved to the left. He has embraced the Democrats’ so called progressive caucus in the House by slashing defense and jacking up taxes, all while offering no serious entitlement reform. (Hat tip to Jimmy Pethokoukis for nailing this earlier in the week.)

My final point is this: President Obama’s harsh-rhetoric rejection of the Ryan budget and his new (presidential) campaign to raise taxes on the rich sets up a huge confrontation with House Republicans on the eve of the hugely important debt-limit expiration.

Sometime in mid to late May, the debt ceiling to allow the government to borrow more money is going to run out. The Treasury can move money inside government accounts to forestall a debt breakdown for another couple of months. But the potential for a major political conflict on the eve of this process sets up the worst possible outcome: Failure of the U.S. to pay the interest on its own debt.

This is unnerving to financial markets. Instead of compromise, the president decided to seek confrontation.