US Freeport LNG set to re-export cargo by early Oct 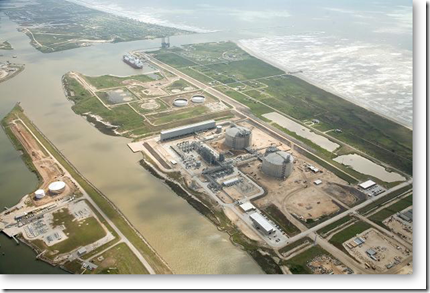 NEW YORK, Sept 22 (Reuters) – The U.S. Freeport liquefied natural gas terminal in Texas is set to re-export another cargo of LNG in the next two weeks to take advantage of higher-paying markets in Asia or Europe, a company representative said on Wednesday.

A tanker is expected to load up and transport LNG overseas at the end of September or beginning of October, said Mark Mallett, Freeport’s vice president of operations and engineering.

The Al Ruwais LNG tanker, which recently offloaded at the Altamira terminal in Mexico, headed north toward Freeport this week and was seen about 100 miles (160 km) from the terminal on Wednesday, according to AISLive ship tracker on Reuters.

“We have received no official notification from our customers if this is the ship, but we expect to load a tanker by early October, maybe in late September,” Mallett said.

This would be the latest in a growing number of re-export deals done since the terminal received approval in May 2009 to import LNG, store it and export later to more attractive markets overseas.

It is a symptom of over-supply in the U.S. gas market and the subsequent weak prices which have deterred shippers from sending much LNG to U.S. terminals this year.

On Thursday, U.S. gas futures, just below $4 per mmBtu, were about $2.80 below British gas prices and about $5 below Asia spot LNG prices, making it profitable for traders to send cargoes to Asia from the U.S. even after shipping costs. <0#NG-NGLNM=R>

The last re-export cargo left Freeport at the beginning of September for Japan in the Excalibur tanker, after Freeport customer ConocoPhillips (COP.N) sold a cargo to Citi Group (C.N). [ID:nN31238805]

Cheniere Energy’s (LNG.A) Sabine Pass terminal in Louisiana, which also has re-export capabilities, could make similar use of an empty tanker.

Sabine Pass and Freeport — currently the only U.S. terminals that can re-export LNG — have together exported 9.7 bcf of gas since they received the approval last year, according to Waterborne Energy analysts in Houston. Sempra Energy‘s (SRE.N) Cameron LNG terminal in Louisiana has recently applied for a re-export license.

Cheniere has gone one step further, planning to build a liquefaction plant that would export domestically-produced gas. Freeport LNG is also considering its options in that area, Mallett said. (Reporting by Edward McAllister; Editing by Marguerita Choy)